Share All sharing options for: Dodger Stadium upgrades planned for 2014

LOS ANGELES -- For the second consecutive year, the Dodgers plan to unveil major upgrades to Dodger Stadium for the upcoming season. The Dodgers say they have submitted plans for improvements to the city of Los Angeles, with the changes expected to be completed by the home opener, on April 4 against the Giants.

Chief among the changes are new entrances on the north end of the stadium, in the outfield, for the field, loge and club levels, plus pavilion and dugout seats. The new expanded areas beyond both bullpens will feature new team stores and concessions, plus team memorabilia throughout. 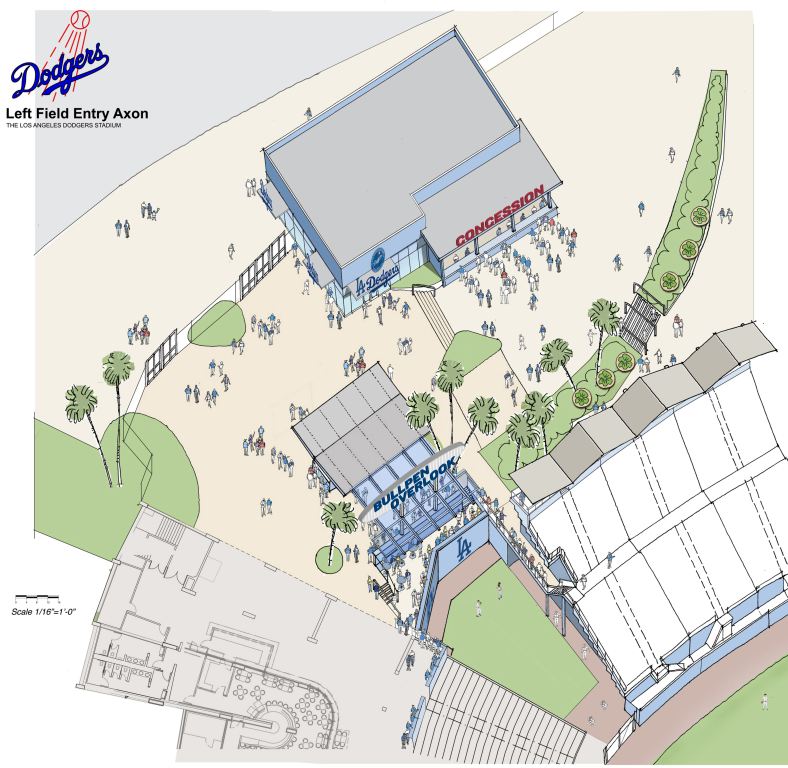 There are seating and lounging areas in bars, plus a new railing overlooking both bullpens, which can be seen in the picture above.

Several new food options will be available, including outdoor grills and Tommy Lasorda's Italian and hot-off-the-grill BBQ, "areas where the Hall of Fame manager and other former players will spend time with fans." The Lasorda Italian grill will be just beyond the right field bullpen.

The La Taqueria reserve stands on the reserve level will be expanded.

The Dodgers also will continue to improve the infrastructure at the stadium, which includes electrical and presumably wi-fi. Per the press release:

In 2013, significant new equipment and substations were installed in coordination with the Los Angeles Department of Water and Power. Work will continue this offseason to connect to the new equipment to improve safety and provide the best technology available for fans.

"Dodger Stadium is one of the most fan-friendly and family-oriented venues in all of baseball," president and CEO Stan Kasten said in a press release. "Our goal is to ensure that we maintain that elite status while continuing to do everything in our power to bring a world championship to Dodger fans."

The visiting clubhouse, one of the smallest in the majors, was expanded and moved nearer to the visitor's dugout, also adjacent to the batting tunnel and conditioning area added in 2013.

The Dodgers have moved and will replant all 33 existing trees in the outfield area at Dodger Stadium, and will have three times as many trees come opening day. The famous "Three Sisters" trees beyond the Dodgers bullpen — Sons of Steve Garvey wrote about them on Sunday — will remain.

Also noteworthy: the Dodgers are apparently the only team in baseball with a full-time arborist.

Here is a much larger aerial overview of the entire stadium, showing the planned improvements. (Click the image for a larger picture): 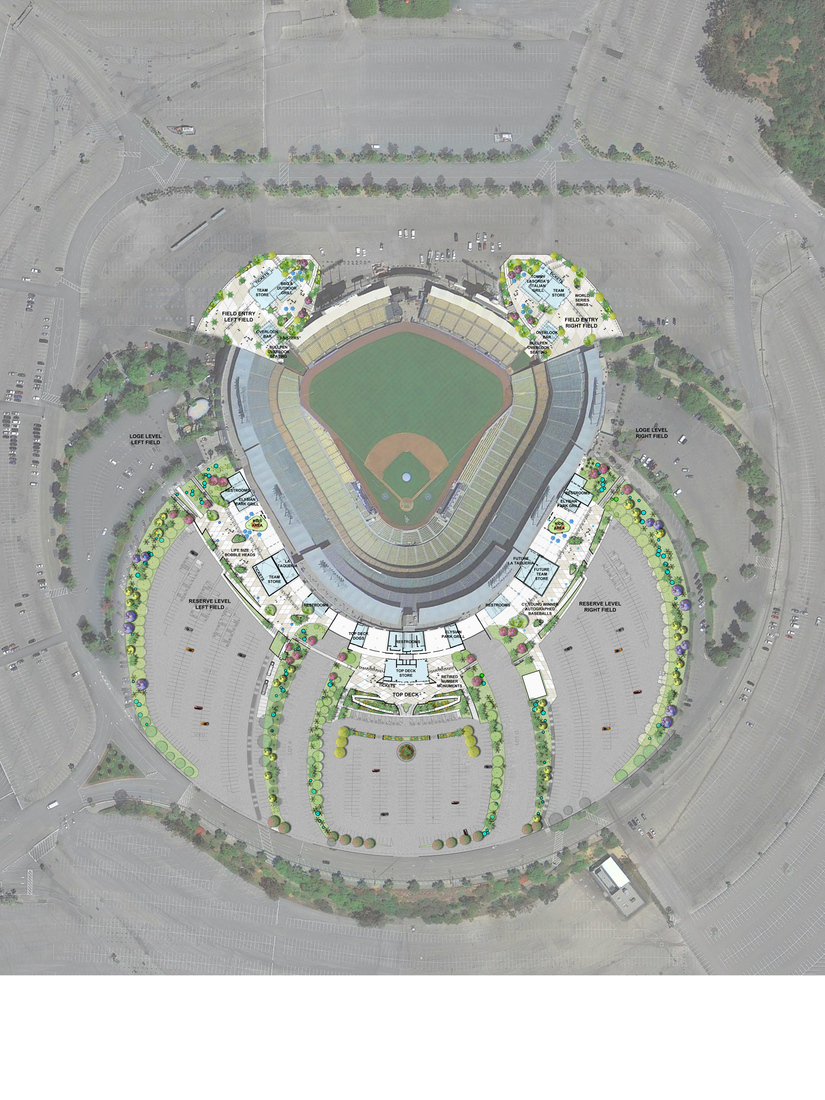