The Dodgers - owners of the best road record in baseball - play the next two nights at Busch Stadium, looking to turn around their putrid postseason history in St. Louis.

The Dodgers won the first two games at home before heading to St. Louis for the middle three games.

Oct. 12 - Cardinals 4, Dodgers 2: Bob Welch couldn't get out of the third inning, and the Dodgers couldn't come back.

Oct. 14 - Cardinals 3, Dodgers 2: After a pair of short starts, the Dodgers got eight strong innings out of Fernando Valenzuela, but the game was tied at 2-2 entering the ninth. Enter closer Tom Niedenfuer, strong all season. NBC flashed this graphic: 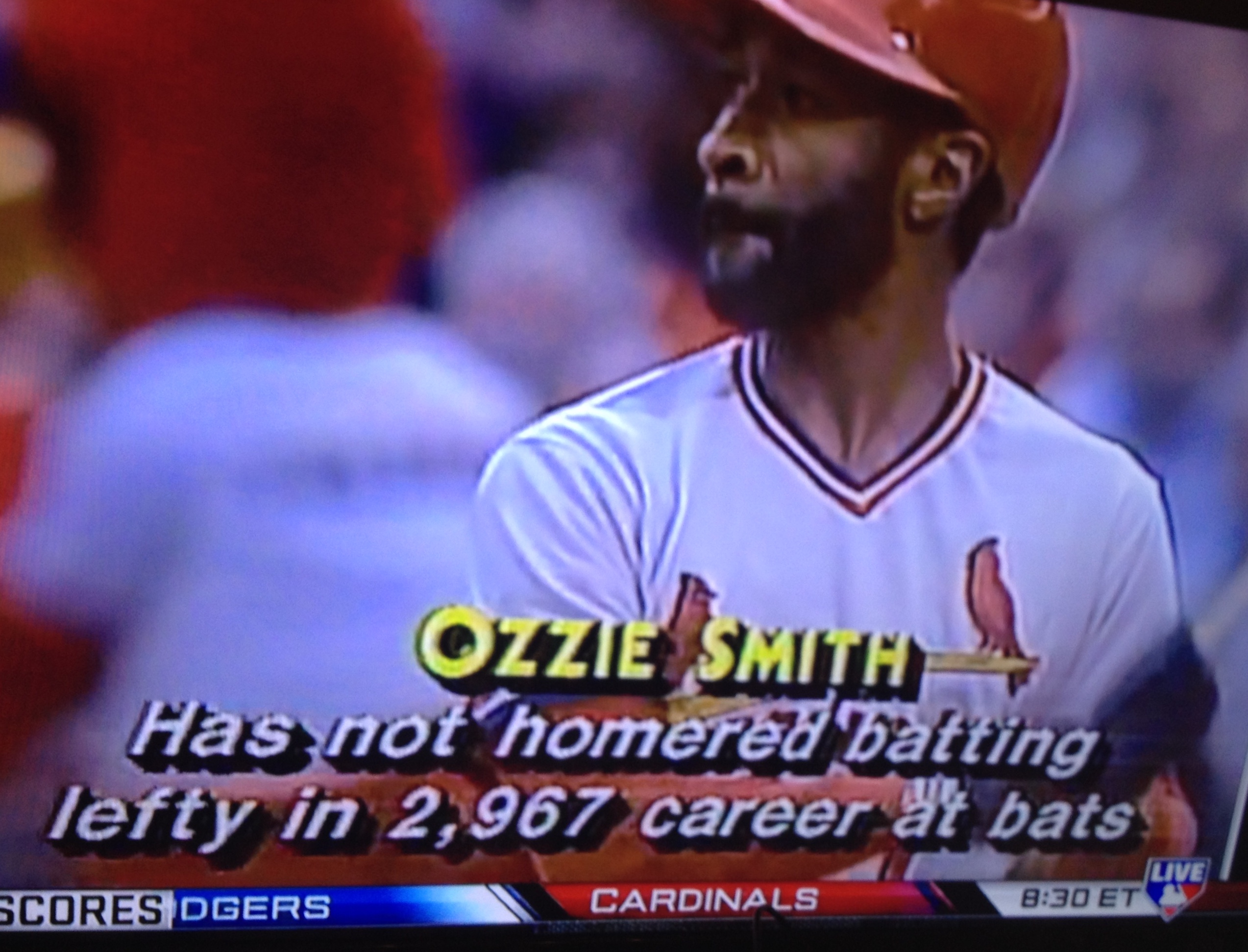 Oct. 5 - Cardinals 8, Dodgers 3: The Dodgers started in St. Louis, but the Cardinals slammed five home runs in the opener, including three off Odalis Perez in 2&frac23; innings. Current manager Mike Matheny hit one of them. Tom Wilson homered in the ninth for the Dodgers.

Oct. 6 - Cardinals 8, Dodgers 3: Two nights later, the Dodgers lost by the same score for a 2-0 series deficit, with another poor outing by the starting pitcher. Jeff Weaver allowed six runs and didn't get out of the fifth inning.

Oct. 10 - Dodgers 5, Cardinals 1: Different Busch Stadium, different result for the Dodgers, who were up 2-0 in the series looking to close out the series. Future Opening Day starter Vicente Padilla pitched seven scoreless innings to help close out the Cardinals and advance the cause of open-button shirt wearers everywhere.

Oct. 11 - Cardinals 3, Dodgers 2 (13): Zack Greinke struck out 10 in eight innings, but this game would be more remembered for Michael Young getting subbed in for Adrian Gonzalez, Mark Ellis getting thrown out at home, and Carlos Beltran hitting a game-tying double just over the head of a gimpy-kneed Andre Ethier and center field and hit the walk-off single in the 13th.

Oct. 18 - Cardinals 9, Dodgers 0: Down 3-2 in the series, the Dodgers were confident in at least sending the series to Game 7. But instead this is remembered now as the other terrible Kershaw playoff start against the Cardinals.