Here is a look back at the 2014 campaign for Hyun-jin Ryu, the Dodgers' third starter who enjoyed a fine, albeit shortened, second season in the major leagues.

After showing improvement within his rookie season in control, Ryu continued to advance in 2014. He increased his strikeout rate from 19.7 percent in 2013 to 22 percent this year, and lowered his walk rate from 6.3 percent to 4.6 percent. Ryu walked 27 batters unintentionally in his 26 starts.

Ryu had a bizarre and amazing streak of 31 consecutive scoreless road innings to open the season, including three of his six starts during the season without allowing any runs. Thanks to the Australia trip and several early off days, Ryu ended up starting three of the Dodgers' first six games of the season.

The left-hander is just the fifth Dodgers pitcher to win at least 14 games in each of his first two major league seasons, and the first since Don Newcombe 64 years ago.

In addition, Ryu gives us half of this unstoppable comedic duo: 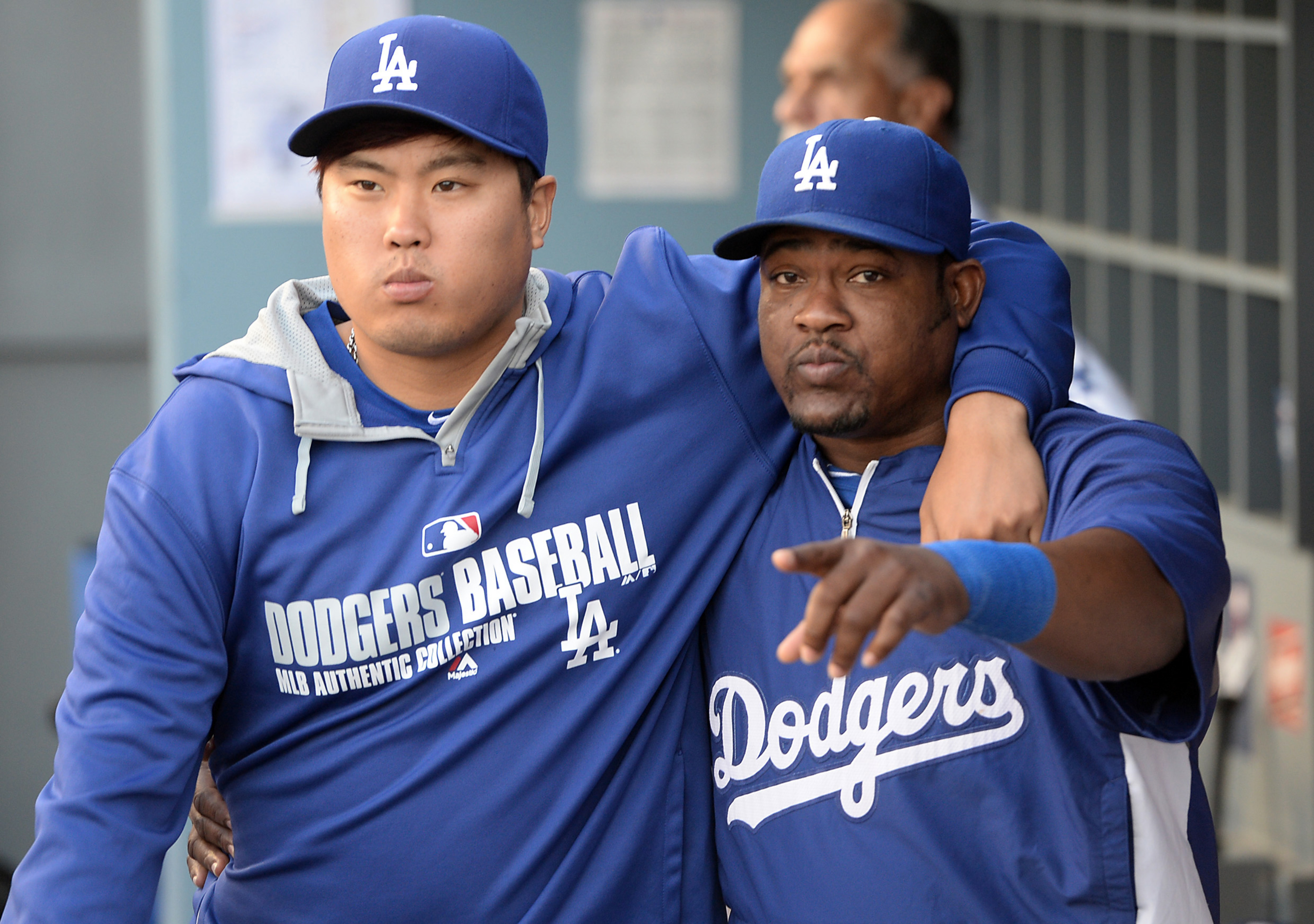 Staying on the field was an issue for Ryu, who was limited to 26 starts in his second season in the majors. Ryu missed just over three weeks in April and May with left shoulder inflammation, then a little over two weeks in August with a strained buttocks muscle.

Ryu had more shoulder problems in September and went another three-plus weeks in between starts. But this time, his return start was the postseason, starting Game 3 of the NLDS. Just as he did in his other two times on the shelf, Ryu returned without any minor league rehab starts, needing only a few bullpen sessions and simulated games to ready himself for a return.

"If it wasn't Hyun‑jin, I would probably be a lot more nervous," manager Don Mattingly said. "But he seems to be able to not throw a whole lot and be pretty sharp."

Salary: $6 million, including $3.5 million salary and $2.5 million of his signing bonus paid on April 1.

While Game 3 of the NLDS — six innings of one-run ball after 23 days off in St. Louis — was great, Ryu's best came on Memorial Day against the Reds. The very next day after Josh Beckett threw a no-hitter in Philadelphia, Ryu opened a homestand against Cincinnati by retiring the first 21 batters he faced. His perfect game bid was spoiled by a leadoff double in the eighth by Ryan Frazier, and Ryu with some help from Brian Wilson allowed three runs, but was able to walk away with the win and a nearly historic performance.

Ryu has four years and $25.5 million remaining on his contract, though he can opt out after 2017 if he accumulates 750 innings from 2013-2017. To date Ryu has 344 innings pitched, so he needs only 406 innings in the next three years to trigger that opt-out provision in his contract.