Gonzalez is the third Dodgers first baseman to win a Silver Slugger in the 35-year history of the award.

It is the second career Silver Slugger Award for Gonzalez, who took home American League honors at first base at 2011 with the Red Sox. Gonzalez also won a Gold Glove Award on Tuesday for his defensive work. 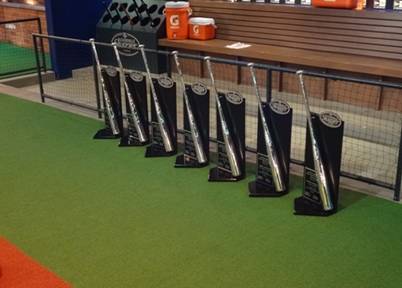 Gonzalez will receive one of these awards, seen here at MLB Network studios (Photo: MLB).

"I'm excited to win the Silver Slugger Award, especially with so many deserving first basemen in the National League this year," Gonzalez said in a statement released by the team. "I'm grateful for the consideration and votes for this prestigious honor."

Gonzalez is just the third Dodgers first baseman to win a Silver Slugger Award - which has been awarded annually since 1980 - joining Eric Karros (1995) and Eddie Murray (1990).