Hanley Ramirez still has until Monday at 2 p.m. PT to officially decline — or accept, should he decide to shock the world — the one-year, $15.3 million qualifying offer made by the Dodgers last Monday, but it's the little things that suggest some distance from his now former team.

In addition to tweeting that, Ramirez updated his Twitter bio to remove any reference to the Dodgers. Not that this prevents the Dodgers from bringing him back, but the first step in the separation process has begun. 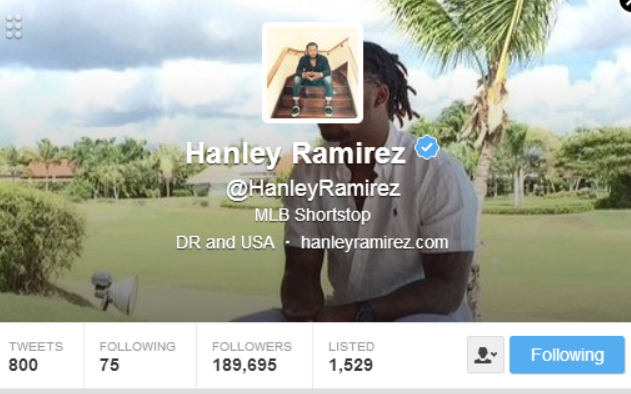 He listed himself as "MLB shortstop," which might be at odds with his potential long-term role with whatever team that signs him. Good luck.