We are nearly at the end of our 2014 Dodgers reviews. This weekend brings us a pair of players who began spring training on the 40-man roster, but was gone by March 2.

Sellers, who made the Dodgers' opening day roster in both 2012 and 2013, came into spring training with thoughts of doing so again, though with long odds against him.

"I reached out to let them know I'm trying to get better. I'm 28 years old, it's not like I'm really young, but I'm not too old," Sellers said in February. "I think I can play this game for a long time, I just have to keep working hard."

At the very least, the trade of Sellers to Cleveland for cash allowed me to utilize this headline pun:

Before the Dodgers even began its spring training schedule, he was designated for assignment to make room for Erisbel Arruebarrena, then eight days later was traded to the Indians for cash.

Sellers was 3-for-16 (.188) in his 17 games with Cleveland, though he did walk three times for a .316 on-base percentage. He played shortstop, second base and third base for the Indians.

Sellers didn't actual play in a major or minor league game in the Dodgers organization in 2014, nor did he play any spring games with them. So his game of the year came early in camp at Camelback Ranch, playing whatever this was on Feb. 13 with Dee Gordon and Hanley Ramirez: 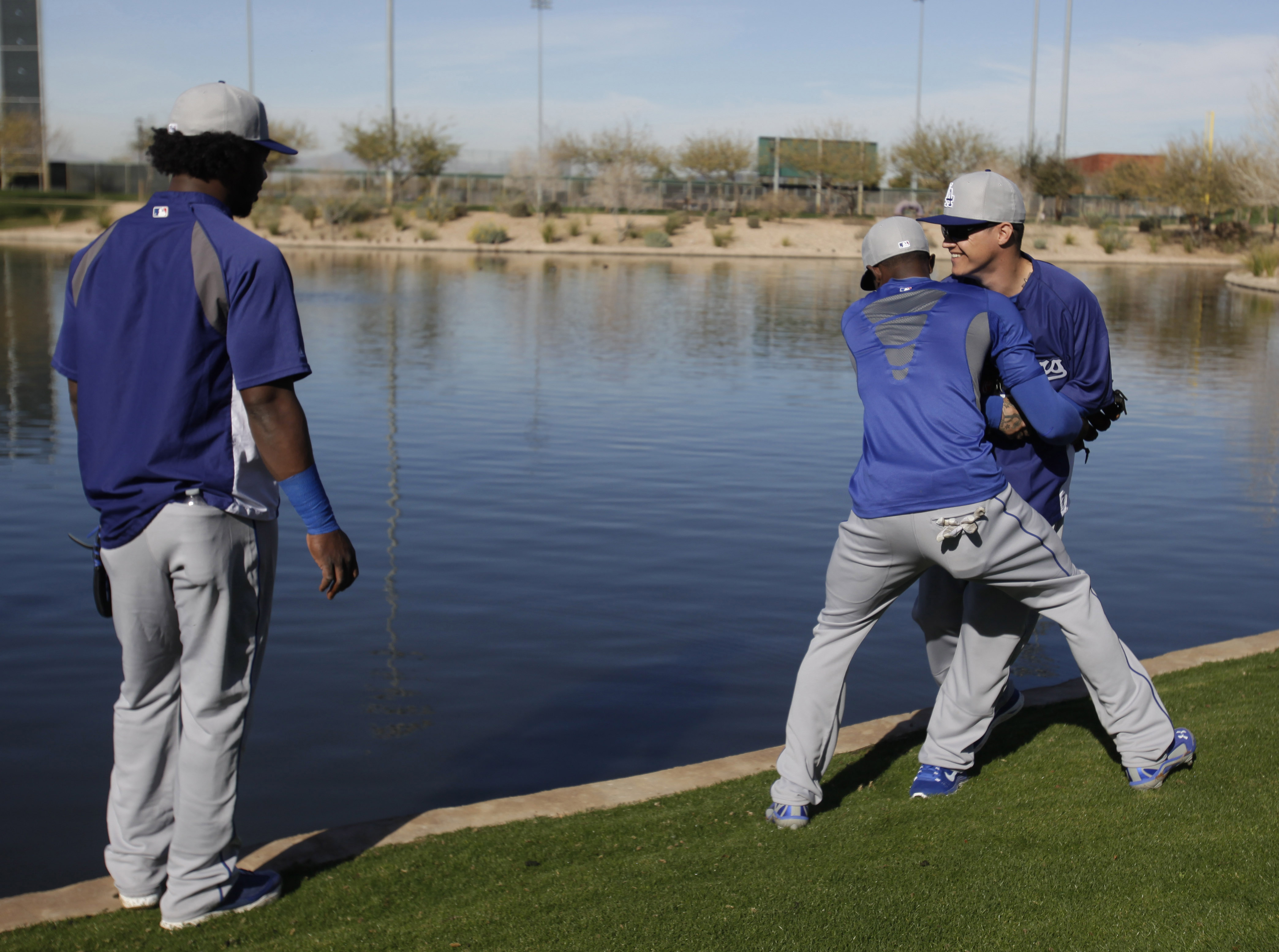 The Pirates acquired Sellers for cash in October. I hope if Sellers ends up in a new home his next team sends an actual player in return for him, because being bought and sold so many times can make a man feel like chattel: