Share All sharing options for: Dodgers transactions, 30 years ago

As we wait, nearing the end of Day 15 after the Dodgers and Brett Anderson agreed to a one-year contract, including the 12th day after the pitcher's physical exam without a finalized deal, let's look through an old media guide for Dodgers history.

In the 1985 Dodgers media guide, on one of the pages is listed every team transaction from the 1984 season - players getting called up, sent down, placed on the disabled list, etc. 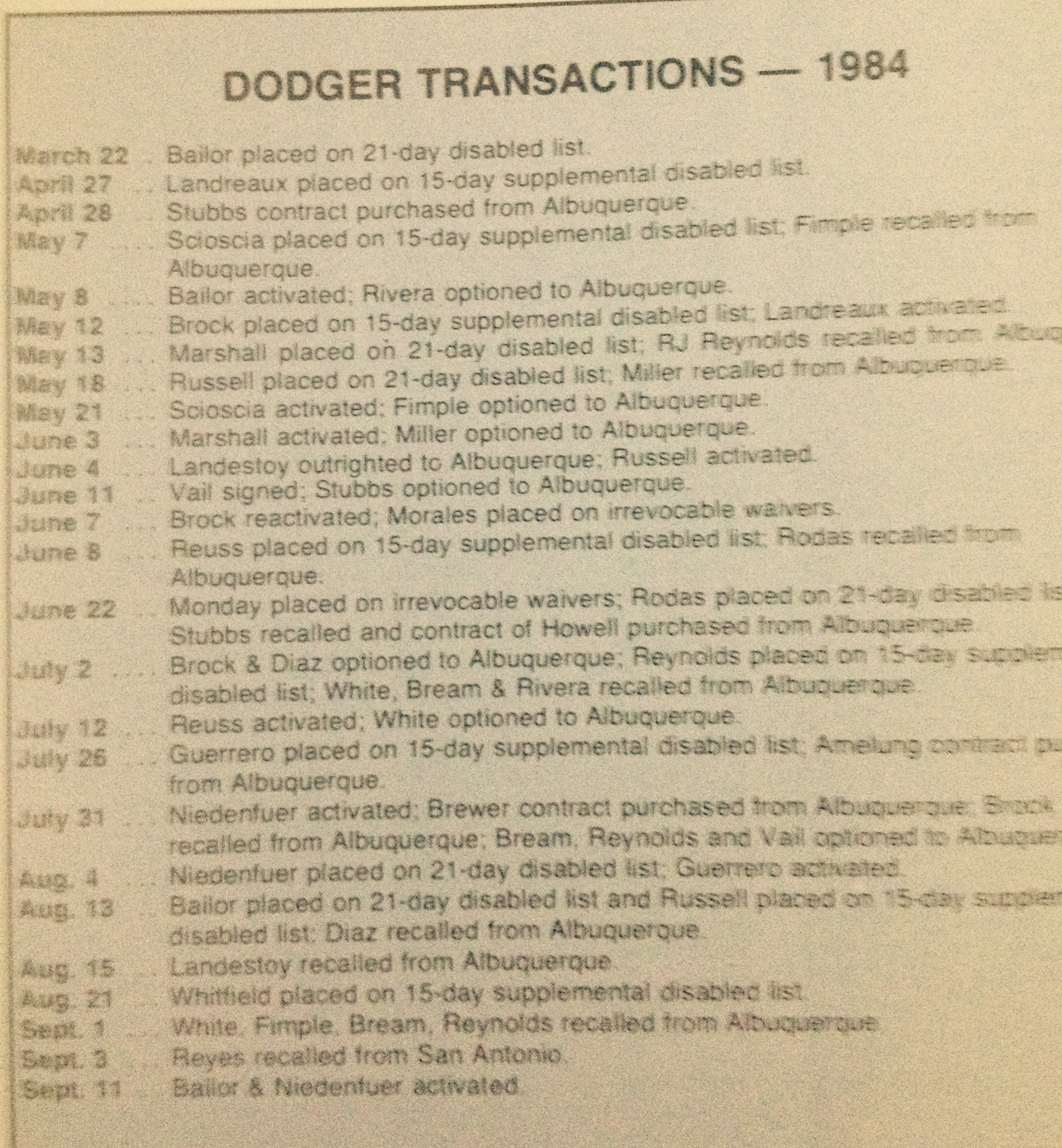 The information took up barely a half a page, while the 2014 media guide, for instance, needs two full pages to detail every Dodgers transaction during the season, on much larger pages, too.

The Dodgers used 49 players in 2013, compared to 38 in 1984, but there is much more transactional activity throughout the season now compared to 30 years ago. It was a simpler time back then.