Dodgers 2014 profile: Paco Rodriguez, looking to finish what he started

After fading down the stretch and in the playoffs in 2013, the southpaw looks to rebound in 2014.

Share All sharing options for: Dodgers 2014 profile: Paco Rodriguez, looking to finish what he started

GLENDALE -- Dodgers left-hander Paco Rodriguez had nearly a fairytale first full year in the big leagues in 2013, but with a bad ending. In 2014, with more obstacles in his way, Rodriguez looks to carve out a new path through the finish line.

Rodriguez made the opening day roster in 2013, just 10 months after he was drafted out of the University of Florida, and was the team's most reliable setup man all season. Over half — 40 of 76 — of his appearances came in the eighth inning, providing a very capable bridge to closer Kenley Jansen.

But near the end of the year Rodriguez started to fade. He had a 1.88 ERA and two home runs allowed in the first five months of the year, then allowed three home runs in September while walking six against seven strikeouts and a 5.68 ERA.

"Paco was one of the best lefties in baseball, getting lefties out and really getting righties out too. Without Paco last year, we're in trouble. I think you just saw Paco run out of steam. We used him a lot, not necessarily a lot of innings, but a lot of appearances," said manager Don Mattingly. "It seemed like he just ran out of gas late in the year. To me he's right back on track. There's no reason not to be confident in what he can do."

Rodriguez was more blunt in his assessment.

"Everybody made excuses for me, that I was tired, that I was this or that. At the end of the day I didn't pitch well," Rodriguez said. "My main thing is that now I've got to go out and help my team win ballgames every single day."

He allowed another home run in the NLDS and allowed six of the eight Braves he faced in the playoffs to reach base. As a result Rodriguez was left off the NLCS roster, something that motivated him all winter. 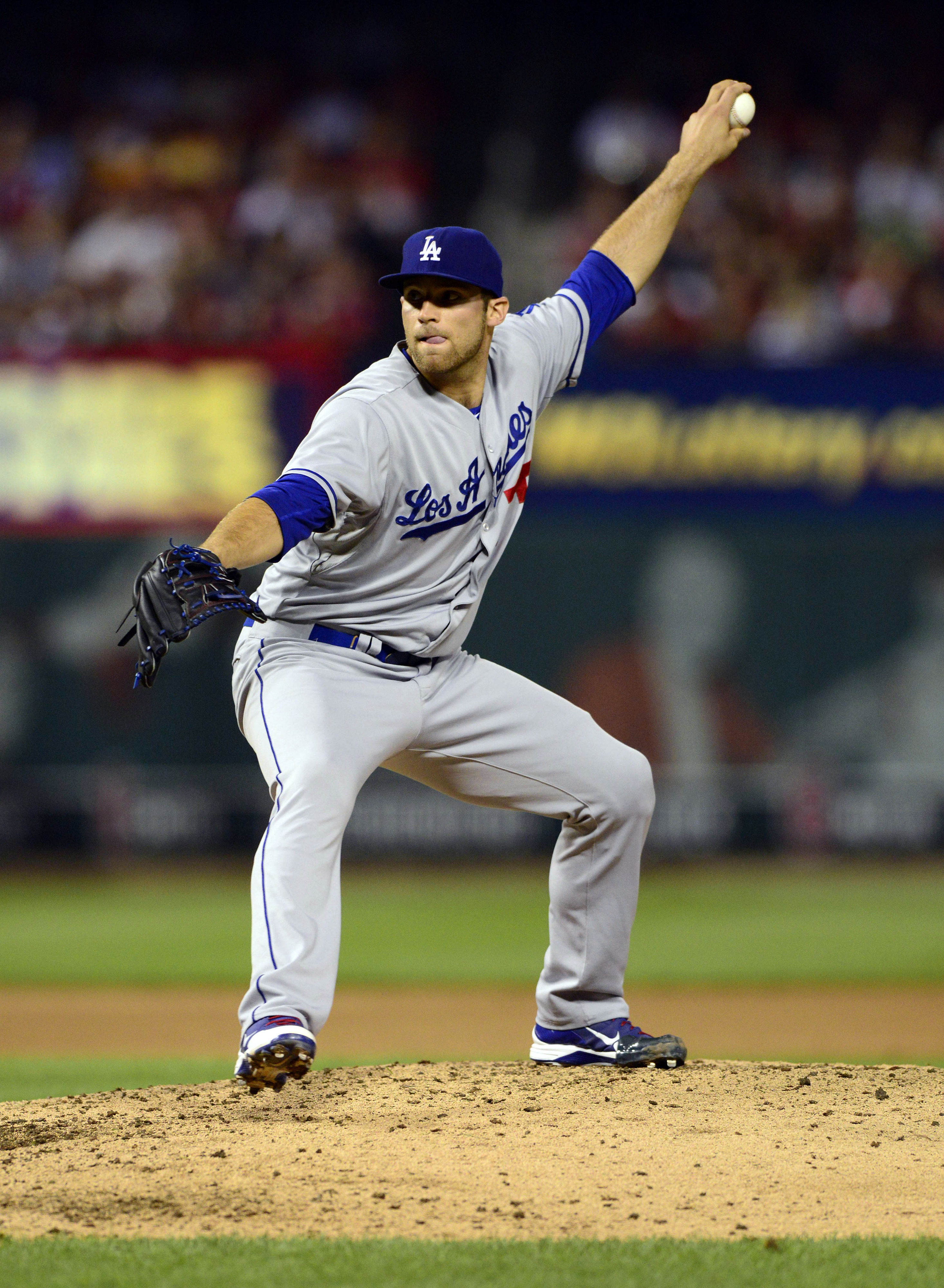 Rodriguez has a distinct delivery, a herky-jerky motion in which he holds the ball out before following through. It was the inspiration of Mark Mulder's attempted comeback with the Angels after five years out of baseball. Mulder ruptured his Achilles on the Angels' second day of workouts and is done for the season, but Rodriguez — who hasn't yet talked to Mulder — was flattered.

"He's somebody who had so much success in the big leagues. It's such an honor having a veteran guy look to my mechanics to help him get back into the game," Rodriguez said. "It's an awesome thing because it's my thing, something that I created."

"You don't want yourself to get in that situation where they have to leave you off the roster because I didn't pitch as well as I could have," Rodriguez said. "That's something this offseason I took personally to get that much better and work on the things to help me get through the year.

"It was my first full year in the big leagues. I had to make adjustments to my workout routine to be able to stay at 100% the whole entire year. At the end of the year it didn't happen, so now I have to make adjustments. Now I have a full year in me where I understand what I need to do to stay as healthy as possible throughout the year and stay as strong as possible."

Rodriguez made 76 appearances in 2013, tied for fifth-most in the majors, with teammates Ronald Belisario tied for third with 77 appearances and Kenley Jansen tied for eighth with 75 games. The Dodgers rode that trio hard last year, and it was a big reason why general manager Ned Colletti went shopping for relievers in bulk during the offseason.

With 12 pitchers signed to guaranteed major league deals (not counting Chad Billingsley, who will open the season on the disabled list), Rodriguez faces an uphill battle in making the opening day roster. But hearing both Mattingly and Colletti discuss Rodriguez, it sounds like he'll have a place on the team, somehow.

"He's a guy who throws the ball where he wants, he's got a number of pitches. There are still things he can improve on, but for the most part this guy has weapons for different guys," Mattingly said. "Paco is one of our guys, I think. All spots are open, we're not going to give anything away."

"We asked a lot of him, he was in a lot of games, he got up a lot. I thought he did great," Colletti said. "Particularly in this division you need a lot of left-handed pitching as possible including the pen, I'd say he's got a great chance to be with us once we start playing in Australia. He had a great year."

Rodriguez has three option years remaining, so if the Dodgers wanted to they could easily send him to the minors. But he's focused on making that a moot point.

"The biggest thing was keeping the ball down in the zone. At the end of the year the ball was just a little up, and might have been a little more flat. Guys got good swings on them, and the end results weren't what I wanted to be," Rodriguez said. "My main focus is to try and stay down in the zone throughout the entire year, and not try to do too much.

"I can only control what I can control. Their decisions at the end of the day are what's best for the organization and that's their job. My job is to be as ready as possible and make the decision as hard as possible."

Picked in the second round by the Dodgers out of Florida, Rodriguez was the first 2012 draftee to reach the majors when he made his major league debut on Sept. 5.

Among left-handed pitchers with at least 20 innings in a season, Rodriguez's 30.3% strikeout rate in 2013 ranks second in franchise history, behind only Hong-Chih Kuo's 31.9% mark in his sublime 2010 campaign.

Rodriguez has one year, 29 days of major league service time, and three option years remaining. He's under team control and will make somewhere near the league minimum of $500,000 in 2014.

I believe one or more pitchers - Josh Beckett, and/or others - will open the season on the disabled list, making it that much easier to add Rodriguez. I think Rodriguez ends up pitching in 63 games and puts up a 2.89 ERA with 64 strikeouts. What's your guess?