For years Chris Withrow was emblematic of the non-Clayton Kershaw draft picks the Dodgers made since the departure of former GM Dan Evans. Taken with the 20th pick of 2007 draft, Withrow's career got off to a rocky start when an injury forced him to miss almost all of the 2008 season. Despite this, the Dodgers assigned him to the California League in 2009 despite only 13 pro innings under his belt. At just 20 years old, Withrow flashed overpowering stuff and though he showed some control issues, he received a late season promotion to AA. Withrow finished the season strong despite being one of the youngest players in the Southern League, and Baseball America named him their number 45 prospect for his efforts. All the Dodgers needed to do was wait for the control issues to clean themselves up, and they'd have themselves a young rotation stalwart.

The Dodgers waited, and waited, and waited. Withrow's command was like a reverse 80s montage as it seemed to get worse every passing year. Withrow would be assigned to AA for four straight years which would lead to jerks1 releasing a never ending stream of jokes in this format. 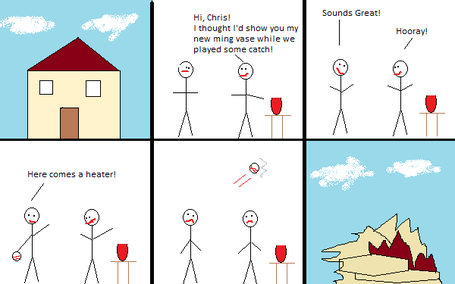 Withrow's fourth AA campaign was off to a similar start. After eight starts2 Withrow held an ERA of 5.71 and had walked 24 in 36 innings. The Dodgers said enough is enough, and permanently moved Withrow to the bullpen. Withrow's power arm made him a very effective reliever when he was on, but the control issues still lingered.

Withrow finally cleared the AA hurdle in 2013 and opened the year in AAA. Again his arm played well, allowing earned runs in only three of his 25 appearances, but more importantly, he displayed suddenly improved fastball command . This new found skill lead to him walking only two batters in his final nine outings, and a call up to the bigs followed.

Once he arrived, Withrow did as well as anyone could have hoped. Unlike most pitchers that convert to relief, Withrow never abandoned any of the pitches he used as a starter. His multiple breaking pitches plus mid to high nineties fastball shot Withrow up the bullpen pecking order and he would end the season as one of the Dodgers most reliable relievers.

Unfortunately for Withrow, his success probably won't translate into an opening day roster spot. The Dodgers already have six relievers under contract, and will likely have to find room for either Paul Maholm or Josh Beckett in the bullpen. With those spots set in stone, plus a spot reserved for Paco Rodriguez, Withrow is the odd man out. Fortunately, this shouldn't really matter. Withrow will likely be the first pitcher called up from the minor leagues, and since 2009 the latest the Dodgers have had to bring in a fresh arm from the farm is April 22nd.

Chris Withrow will likely never reach the lofty heights he was projected for five or six years ago, but as long as he can keep up his improved command, he can contribute to the back end of the Dodger bullpen for years to come.

Withrow has a long way to go before he becomes the best reliever out of Midland, Texas. Two of the finest middle relievers in history Mike Stanton and Mike Timlin also hail from Withrow's home town.

Withrow is a second generation professional baseball player. His father Mike pitched for four years in the White Sox organization, but unlike his son he never resolved his control issues and failed to advance beyond AA. His brother Matt was selected in the 37th round of the 2012 draft by the Rangers, but did not sign.

Withrow's 26 games of competent relief give him the 10th highest career WAR of any Dodger signed draft pick since 2004.

Withrow has 129 days of major league service time and under team control in 2014 will make somewhere near the league minimum of $500,000. If all goes well he will be arbitration eligible after the 2016 season, if not a Super Two after 2015.

Once Withrow is called up around mid April, I expect 55 innings with an ERA in the low threes, 65 strikeouts and 27 walks. What do you think?

2. Someone is going to say he started seven which is true, but he threw 5.2 innings in a game where Nate Eovaldi only pitched the first.↩