Share All sharing options for: Alex Guerrero goes 0-for-2 in Cactus League debut

SCOTTSDALE -- The Dodgers saw the debut of another one of their Cuban signees on Wednesday, as infielder Alex Guerrero made played his first Cactus League game in the team's 4-1 loss to the Diamondbacks at Salt River Fields at Talking Stick.

Guerrero, to whom the Dodgers signed to a $28 million, four-year contract, went 0-for-2 at the plate.

"Alex looked good at the plate. The second at-bat I thought looked better than the first," manager Don Mattingly said. "It's the first spring training game."

Guerrero struck out looking in the second inning against Arizona starter Brandon McCarthy, then grounded out to second base in the fifth inning against J.J. Putz.

"I was tense and nervous in the first plate appearance, but as the game went along I felt good," Guerrero said, through a translator. "The first at-bat I was trying to see some pitches. I have never faced these guys before." 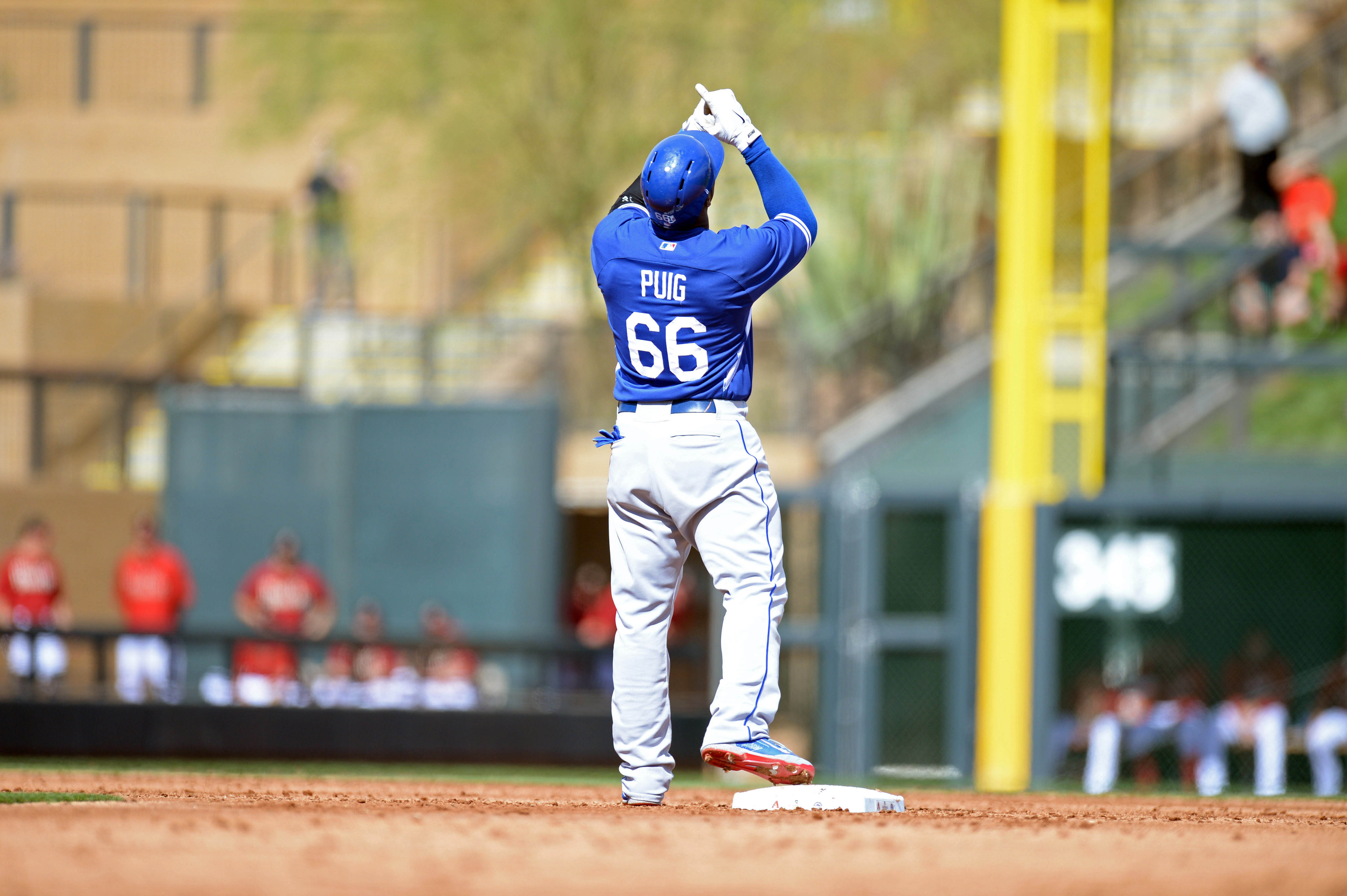 The Dodgers resident Cuban sensation, Yasiel Puig, continued where he left off last spring. Puig, playing right field and batting third on Wednesday, singled in the first inning, then drove in the Dodgers' only run with a third-inning double. Puig was 2-for-3 to raise his lifetime spring training batting average to .525 (32-for-61).

Guerrero started and played five innings at second base on Wednesday. He made a diving stop to his left in shallow right field in the third inning but it was too late to get Martin Prado at first base. Guerrero also helped turn a double play in the same frame, two batters later.

After playing shortstop in Cuba, Guerrero has been getting used to his new position for most of the spring.

"I felt comfortable today," he said. "I'm really familiarizing myself with second base and I feel like it's gotten a lot better throughout spring training."

Mattingly was quick to point out it's hard to judge much off of one game.

"We see a guy who hasn't played in a while. I'm not going to try to judge Alex on five innings of defense," Mattingly said. "We're going to try to get him out there regularly, at least his at-bats. We'll see how it looks like."