Saturday marks a return to normalcy of sorts, as baseball is back. But pitchers and catchers reporting to Dodgers camp at Camelback Ranch in Arizona, glorious as it is, is anything but ordinary.

The reason to be glad for baseball's return is because it has simply been too long. The World Series ended 101 days ago, and the Dodgers last played 113 days ago. Not that Saturday will bring us much baseball; the players in camp might hold light workouts but today is mostly for reporting to camp, getting physicals plus other weights and measurements.

But the smell of the grass is back, and for a while that will be enough, along with the endless promise of February bullpen sessions, working on things, PFPs, and the daily player march through the fans out to the practice fields.

That, and Manny Mota's tricycle. 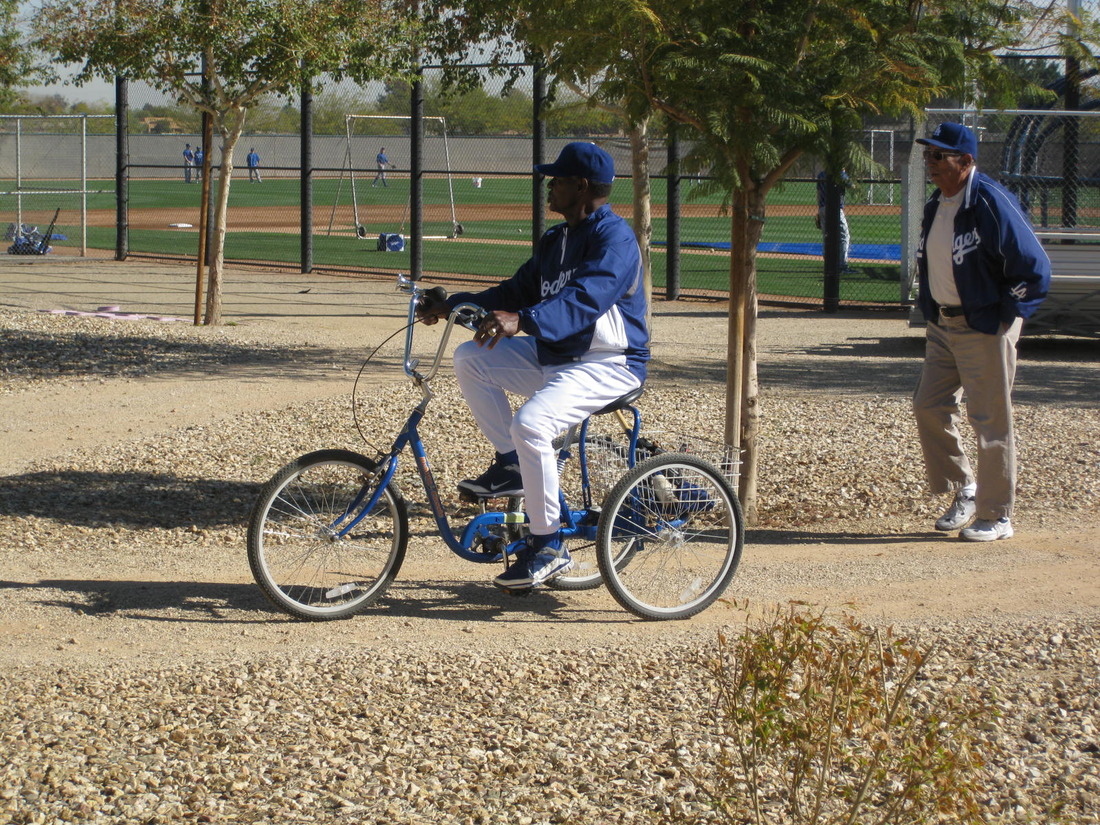 What we really want are real games, ones that count, whether they are played down under or domestically. But for now, we'll gladly welcome spring training as the reasonable facsimile of baseball reality.

But what makes spring training so unique is how strikingly different it is than the regular season. Baseball players, coaches and the media who cover the sport are used to working nights most of the time, but spring training is a different animal.

Spring training is the closest thing there is in baseball to a day job, with morning meetings and most everyone home by dusk. The games are on while most fans are at work, though many will watch when they can, through whatever means necessary.

This year is even more out of the ordinary with the Dodgers and Diamondbacks opening camp a week or so before everyone else, because of their season-opening games in Australia on March 22-23. Camp in Arizona ends for the Dodgers on March 16, a full two weeks before the U.S. opener, throwing a further wrench into the plans.

Beginning Saturday, we'll hear that players are in the best shape of their lives, and that many are ahead of schedule on their various plans. And we'll eat it all up, because we are starving for baseball.

Thank God baseball is back. We missed it.