The Dodgers will open the domestic portion of their schedule on Sunday night before 27 other teams even throw a pitch, and will do so with two wins already in the bank.

Share All sharing options for: Dodgers Week 1 review: A head start in Australia

While most teams were starting the home stretch of their spring training schedules, the Dodgers were busy overseas getting a head start on their season with two wins against the Diamondbacks in Australia.

Dodger Batter of the Week: He only started one of the two games, but Scott Van Slyke did more than enough to earn the honors. He hit the Dodgers' only home run in Sydney and nearly hit another one, but settled for a double after Mark Trumbo eventually found the ball.

Honorable mention goes to Dee Gordon, who also started one game but made the most of it by getting on base four times, including a double, and scoring twice.

Dodger Pitcher of the Week: In his fourth consecutive Opening Day start, Clayton Kershaw had the adaucity to give up a run, something he hadn't done before. But that lone run was it and he pitched into the seventh inning to get the Dodgers off to a great start, winning their first game four straight years for the first time since 1963-66.

Honorable mention goes to Hyun-jin Ryu, who was equally effective on Sunday with five scoreless innings. 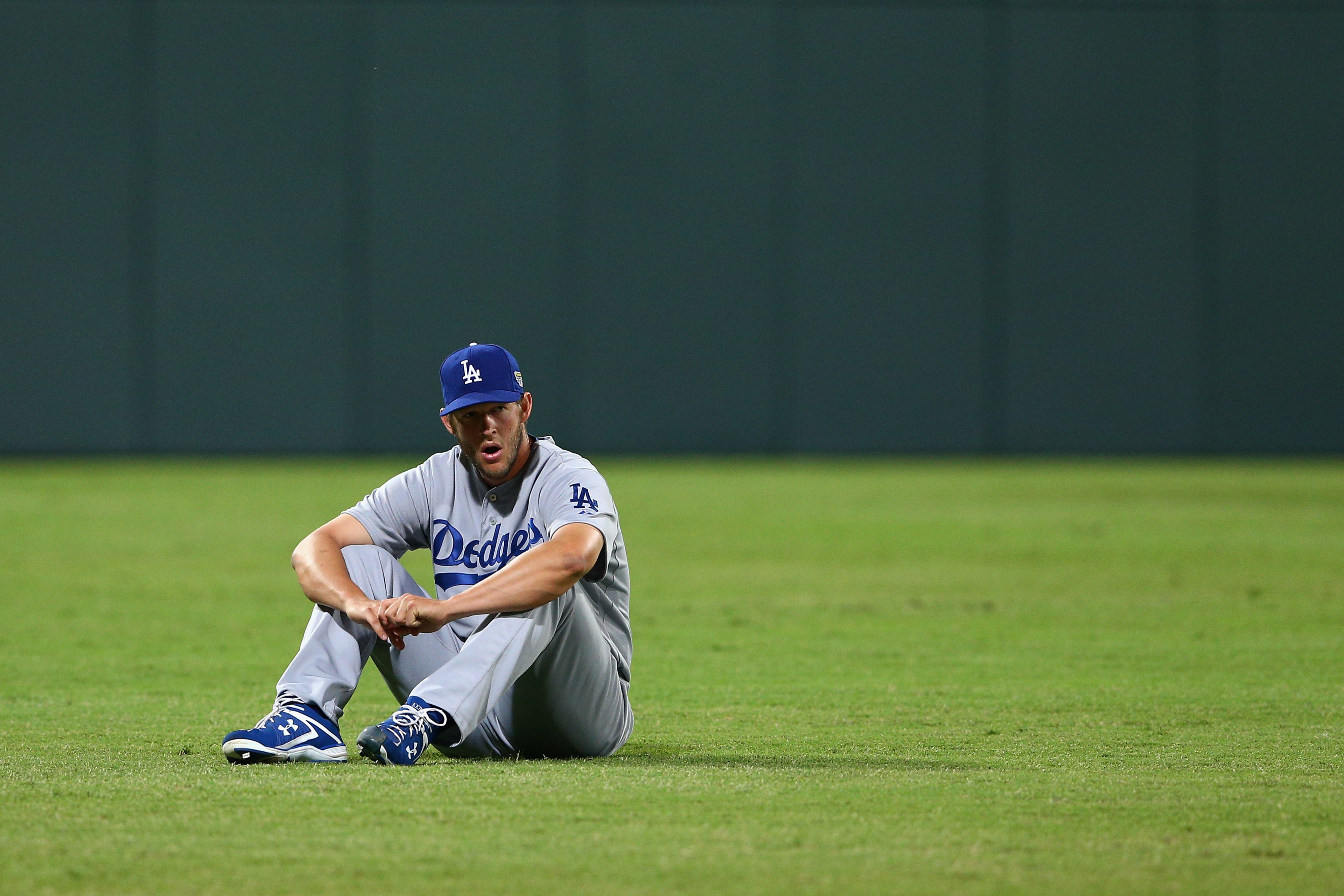 Extra effort: Van Slyke with his double and home run on Saturday became the first Dodger with multiple extra-base hits on Opening Day since Juan Encarnacion in 2004. Since 1914 (the earliest year play-by-play data is available for the great Baseball-Reference play index) the Dodgers have had just 24 players do that, and Van Slyke is just the ninth to do so since moving to Los Angeles.

Steal first: The Dodgers and Diamondbacks combined for just one stolen base in Sydney, and came from an unlikely source. Adrian Gonzalez stole second base against Trevor Cahill on Sunday, and even advanced to third base when catcher Miguel Montero's throw got away. In 1,140 major league games before joining the Dodgers, Gonzalez stole two bases in four attempts, but since coming to Los Angeles the first baseman has four steals in 195 games, without getting caught.

Wild bunch: In the win over Arizona on Sunday, the Dodgers held a seven-run lead but thanks to some shaky relief settled for a 7-5 victory that was probably closer than it should have been. "You don't play like this and win," manager Don Mattingly told reporters after the win. "It was a frustrating game."

The Dodgers had five different relief pitchers issue a walk, something they have only done nine times in the previous 25 years. The only time during that span that the Dodgers had more than five relievers with a walk in the same game was Aug. 12, 2009, when six pitchers out of the bullpen did so in a loss to San Francisco.

Friday: To set their Opening Day roster the Dodgers made several moves:

The Dodgers will need to trim four more players off the active roster to get back down to 25 players on Sunday, before their domestic opener in San Diego.

The Dodgers run the Ruppert Jones gauntlet, going back to exhibitions with the Freeway Series against the Angels before re-starting the regular season on Sunday night in San Diego against the Padres..