Yasiel Puig has MRI on back, Don Mattingly tries to clarify comments

The outfielder expects to workout with the team on Wednesday and play Thursday against the Angels.

Share All sharing options for: Yasiel Puig has MRI on back, Don Mattingly tries to clarify comments

LOS ANGELES -- As construction crews work around the clock at Dodger Stadium putting the finishing touches on offseason renovations, perhaps the biggest project is within the Dodgers clubhouse as manager Don Mattingly tried to clarify comments made about right fielder Yasiel Puig. In both cases, all parties hope everything will be smoothed over and put behind them by the Freeway Series opener on Thursday night against the Angels.

The Dodgers held a mandatory workout at Dodger Stadium on Tuesday morning, but Puig was held out after early stretching with lower back tightness, the same issue that flared up on Sunday in Sydney (Saturday night PT) when he left the game in the eighth inning.

Puig received treatment for his back and had an MRI exam that showed inflammation but no structural damage. The outfielder is listed as day-to-day and expects to workout with the team Wednesday afternoon at Dodger Stadium.

"He said he felt tight. He said he felt better today," manager Don Mattingly said. "He halfway wanted to work out today but they wanted him to wait until tomorrow."

But more at issue were comments about Puig made by Mattingly both before and after Sunday's game, chronicled by Mark Saxon of ESPN LA, Dylan Hernandez of the LA Times, and Ken Gurnick of MLB.com. Here is an excerpt from Saxon:

Now, only two games into the 2014 season, we see a little more faith erode. Before Sunday's game against the Diamondbacks, Mattingly playfully compared Puig to the boy who cried wolf, saying he never knows when he is actually hurt because he grabs a different body part every time he strikes out.

After the game, a 7-5 Dodgers win that Puig left in the ninth, there was nothing playful about Mattingly's tone.

"Shoulder yesterday, back today, so I'm not sure if they're going to get him tests or get him to the MRI Monday or a bone scan on Tuesday, maybe," Mattingly said sarcastically. "I'm not quite sure what we'll do. We may not do anything. I'm not sure."

After Puig's first baserunning gaffe Sunday, Mattingly slapped him on the back when he came off the field. After the second, he didn't.

Mattingly's postgame criticisms weren't limited to Puig, as others made miscues in the field as well as the bullpen walking seven in four innings, turning a 7-0 blowout into a 7-5 nailbiter. 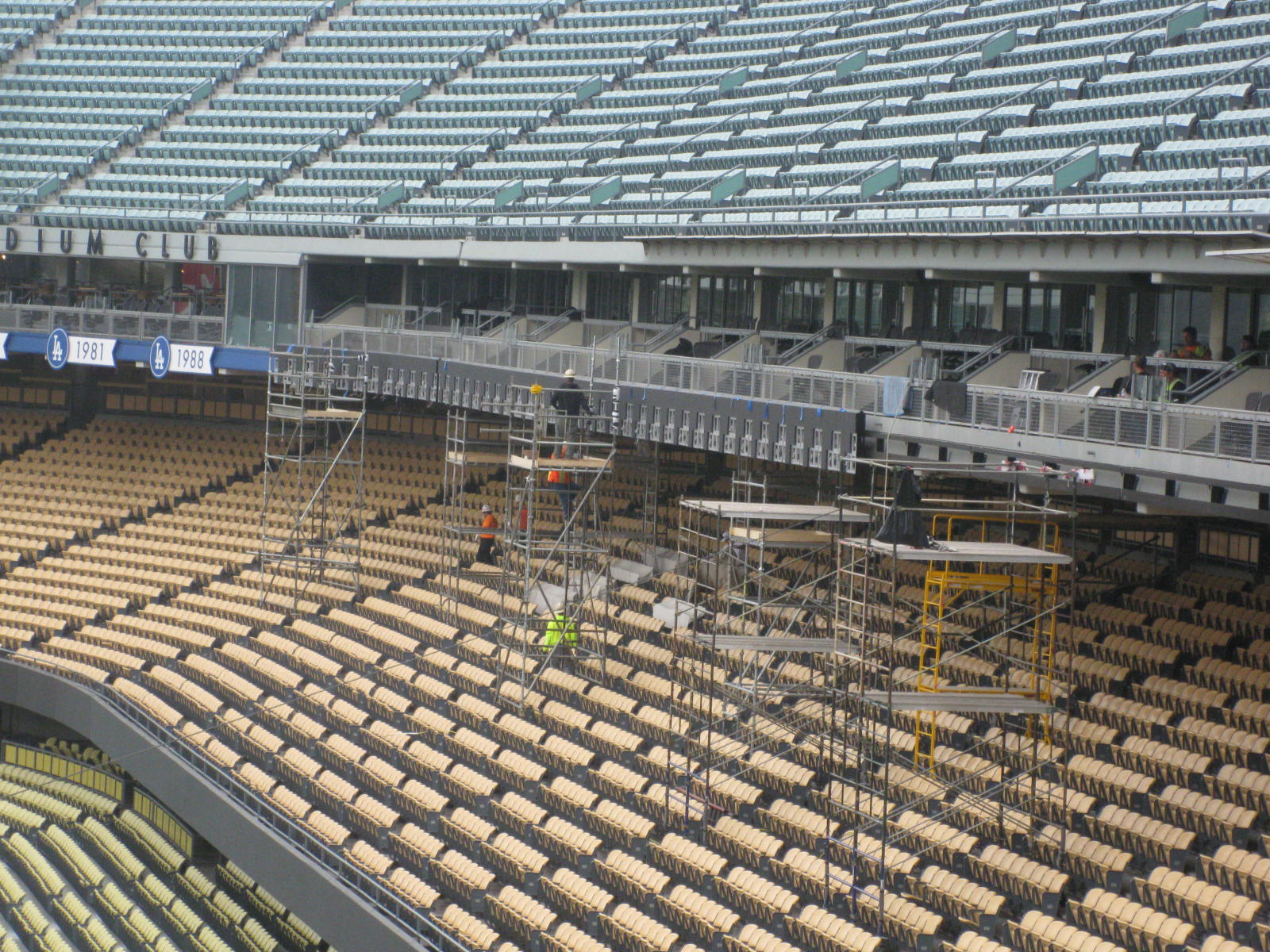 "I saw Mark's article. Before it was really playful and it got pushed into the after, and I didn't think it was fair. That was general frustration over that game," Mattingly said on Tuesday. "We felt like it's a win and we'll take it; we won't turn it down. But I want our guys to know we can't play like that and expect to win."

All three accounts above from Sunday's game delineate between pre- and post-game Mattingly and mention his difference in tone. Mattingly today tried to explain.

"[Before the game] they had asked me about Hanley and asked me about something else, too. Really I said it in a way that, in my mind, [Puig] plays hard everyday and there is always something going on. It got pushed into the after-game story. Maybe I should have been more clear, but to me the before and after were two different things," Mattingly said. "Really without everybody out here there's always something going on."

Mattingly left today's workout as well for a time to talk to Puig as he received treatment for his back. The manager wouldn't elaborate on his conversation but insisted he had no problem with the outfielder.

"Yasiel and I are fine. We've talked. I'm not having any issues with Yasiel," Mattingly said. "The frustration with anybody and anything has to do with our team if we're not playing in a way that gives us a chance to win.