LOS ANGELES -- The Dodgers open the Freeway Series tonight against the Angels with the official debut of the 2014 improvements to Dodger Stadium. Chief among them is the expansion of the outfield areas, including a pair of restaurants, bars and seating areas.

On Wednesday the Dodgers held an event for season ticket holders introducing the new additions as well as a pseudo intrasquad game on the field.

In right field, just behind the pavilion, is Tommy Lasorda's Trattoria: 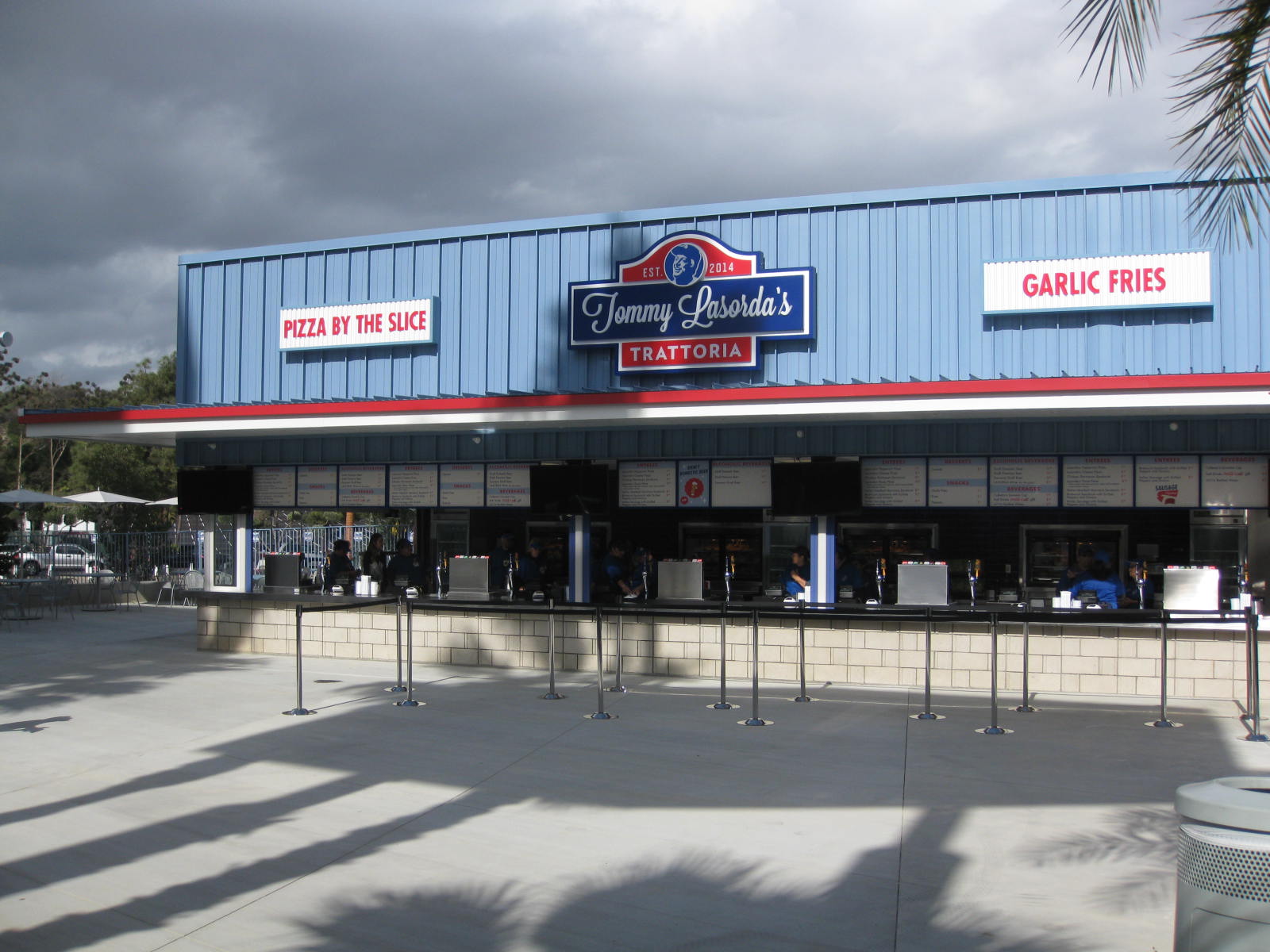 Here is the menu 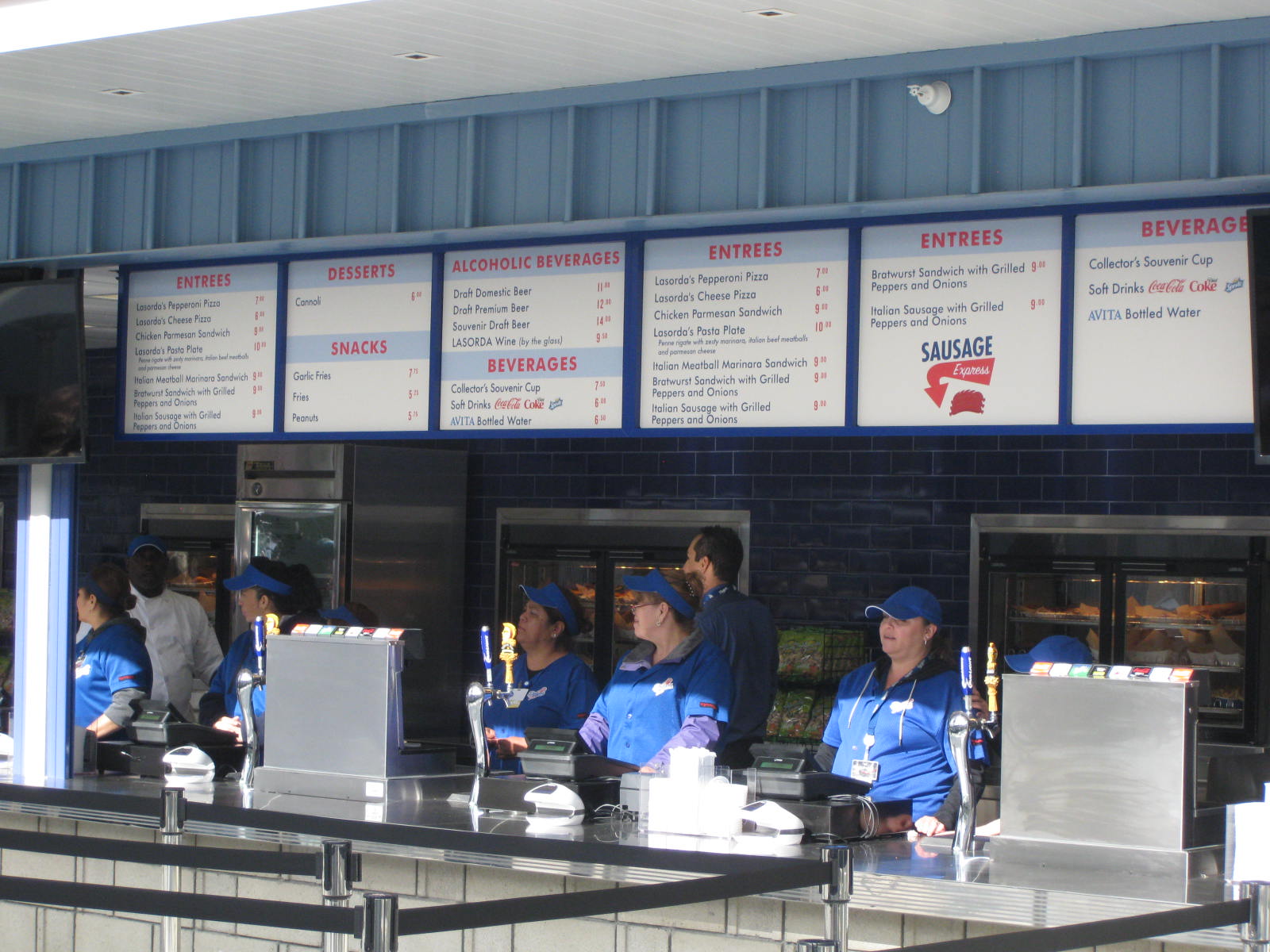 I tried the meatball sandwich, which was okay. The pizza looked good, as did the cannolis, and I heard good things about the chicken parmesan sandwich. 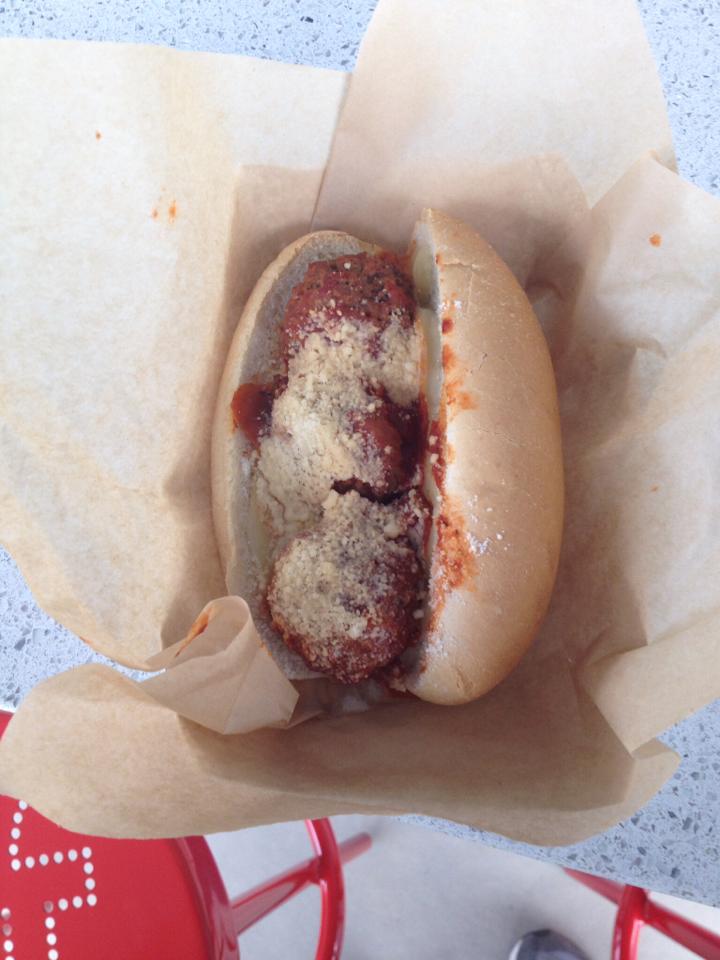 The restaurant on the right field side is Think Blue BBQ. 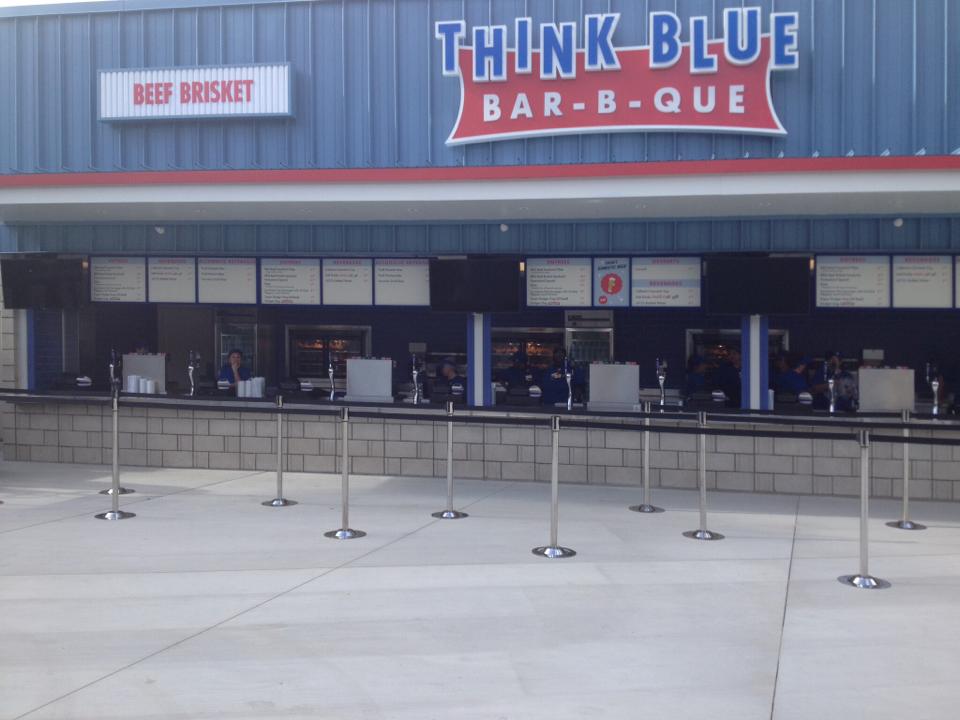 Next to both new restaurants, in both left and right field, are new bars which offer views of the game: 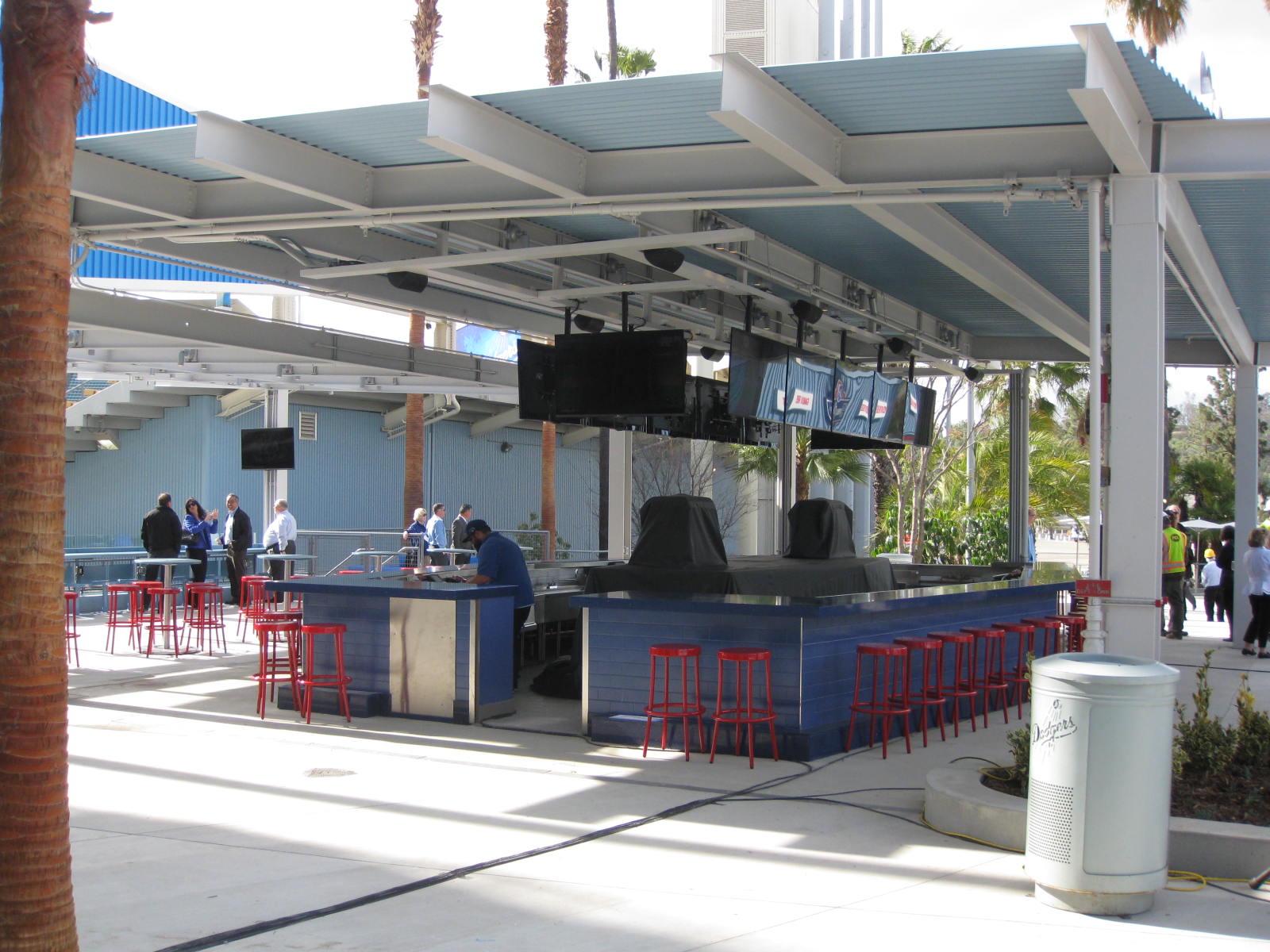 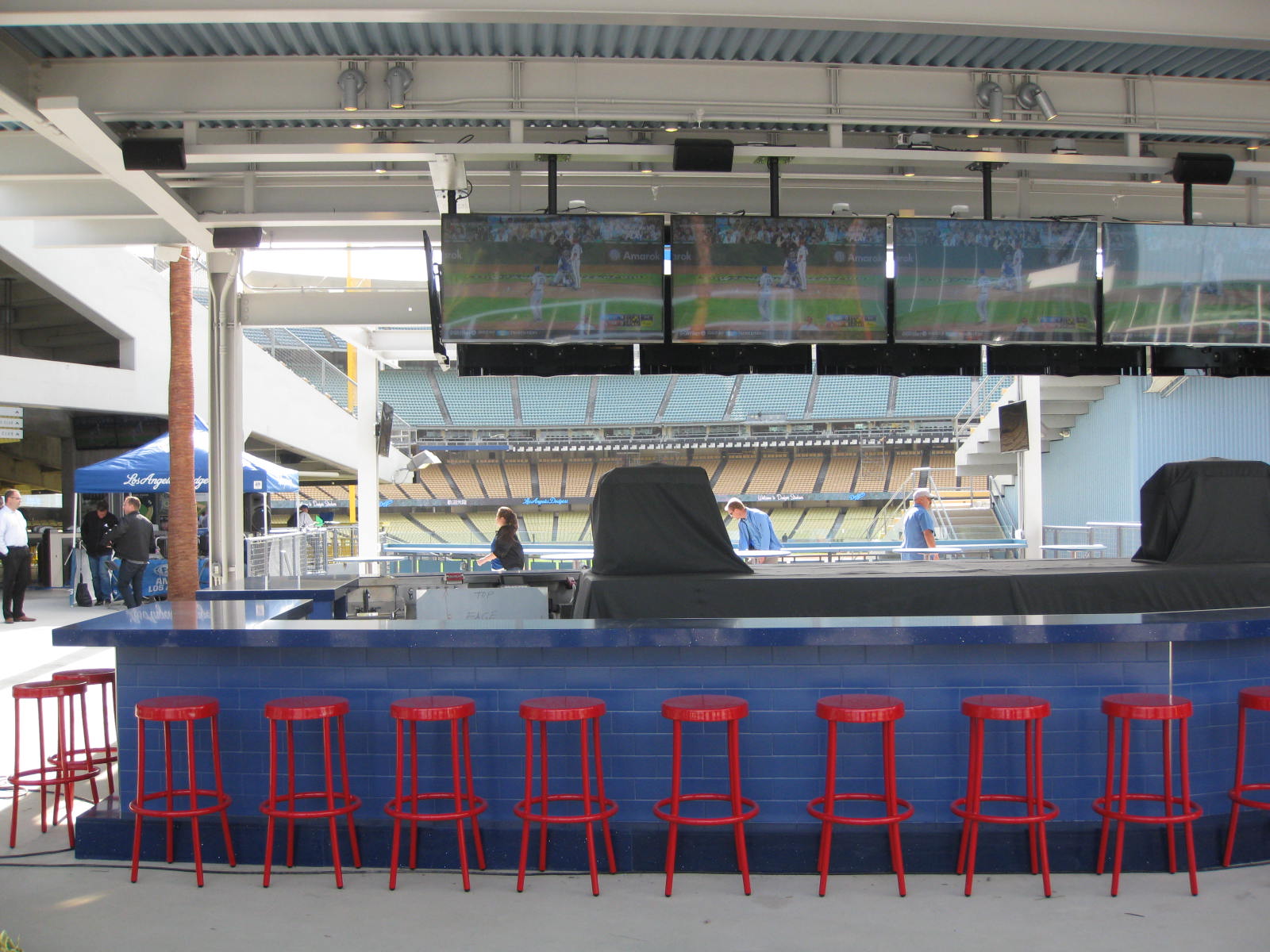 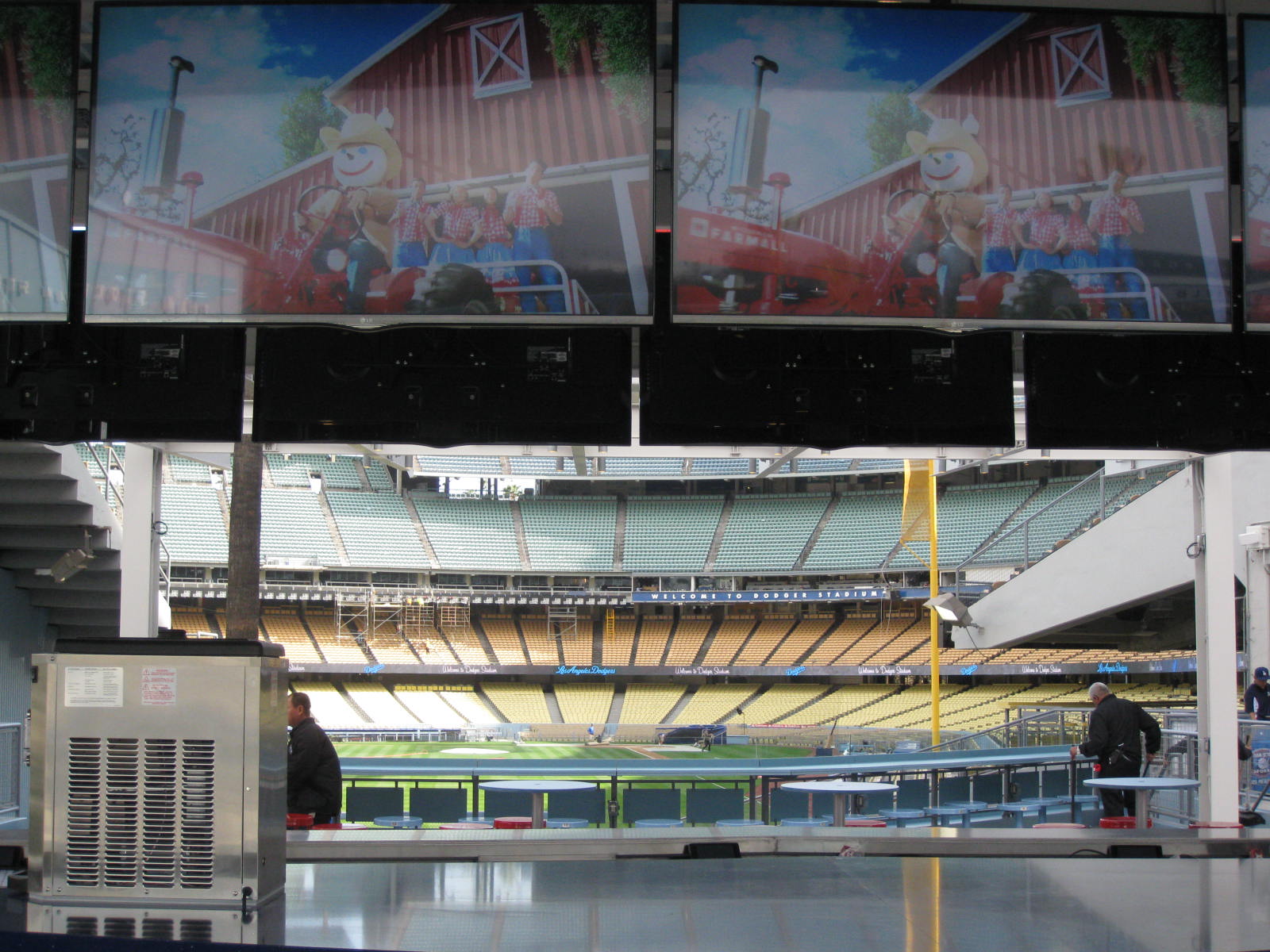 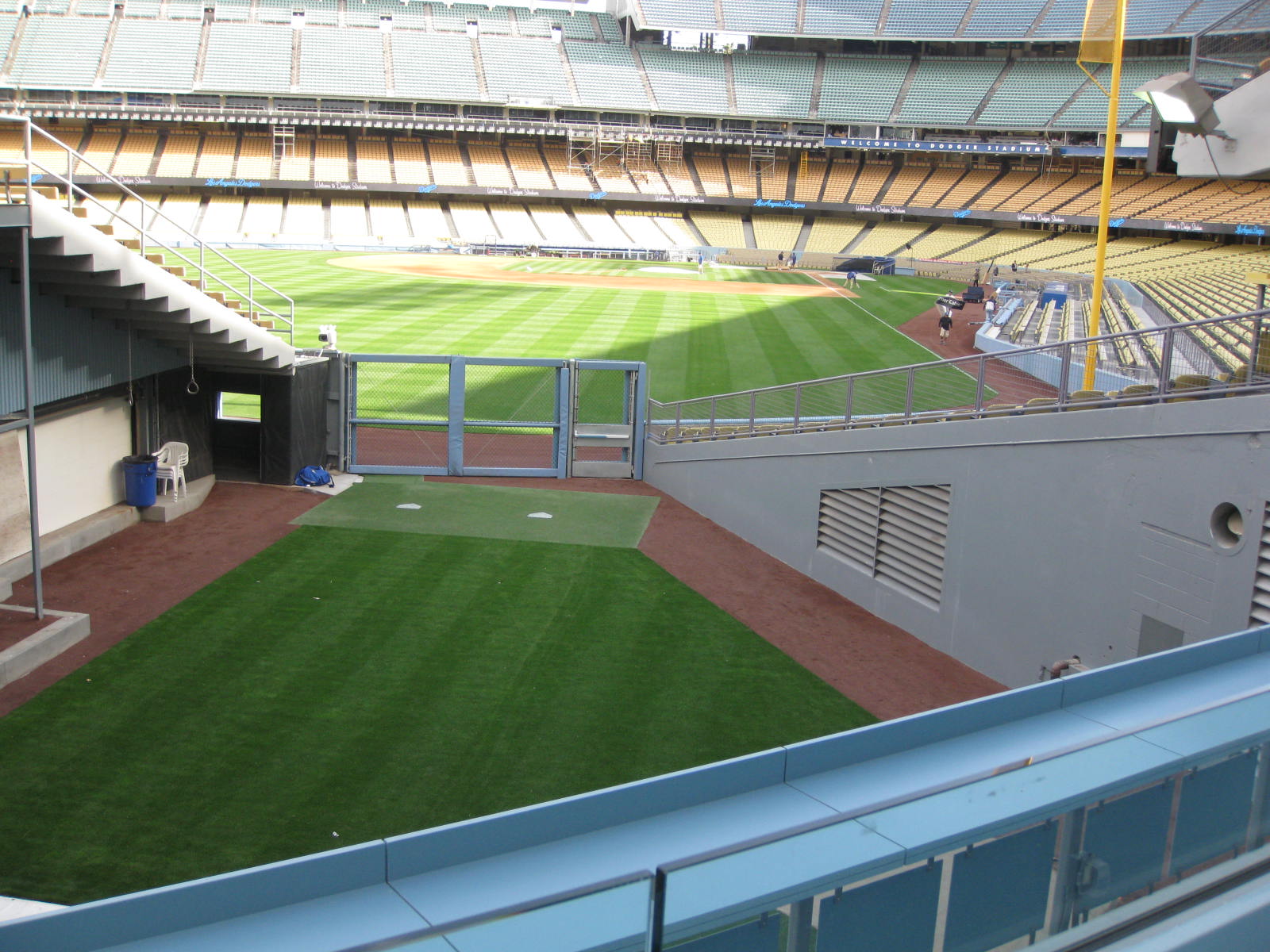 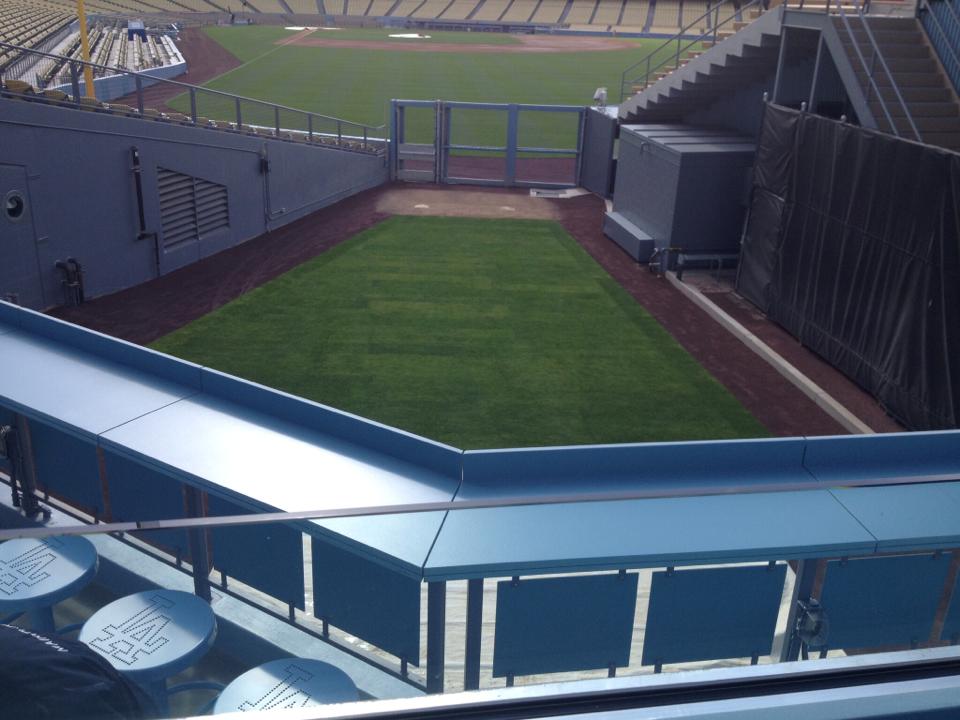 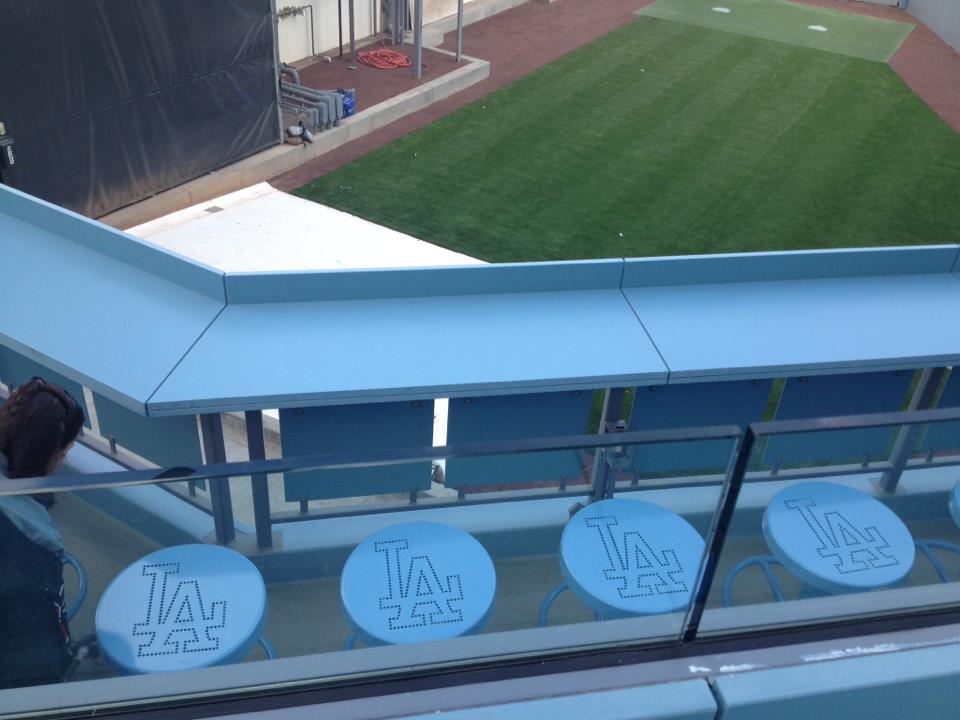 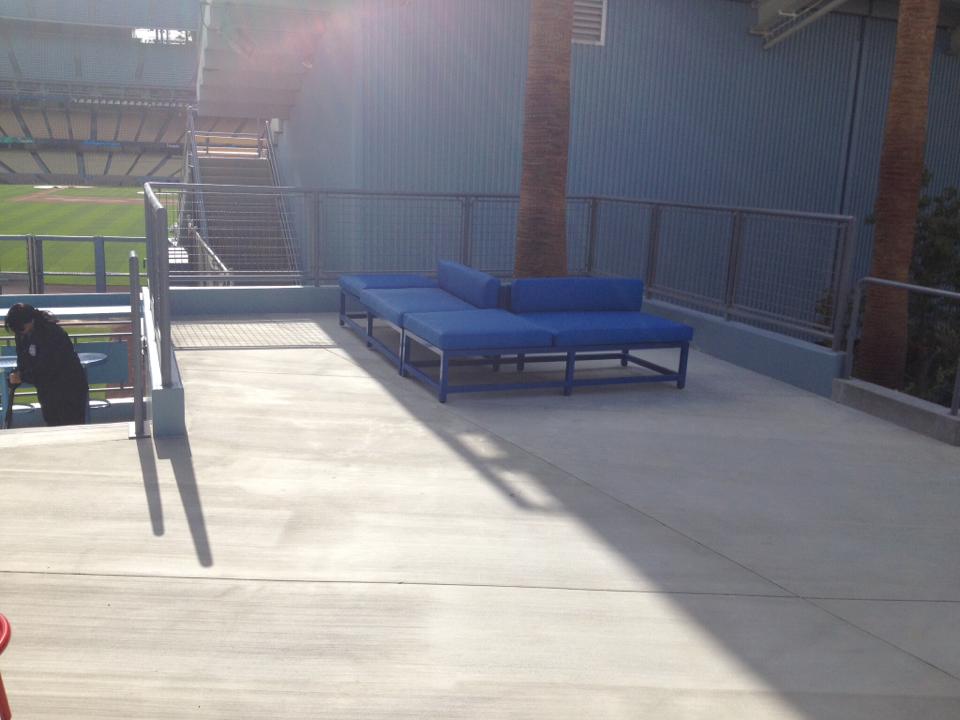 With the new restaurants and plaza areas in the outfield, that entire area is opened up, which allows for people on the field, loge and club levels to walk around the entire stadium. 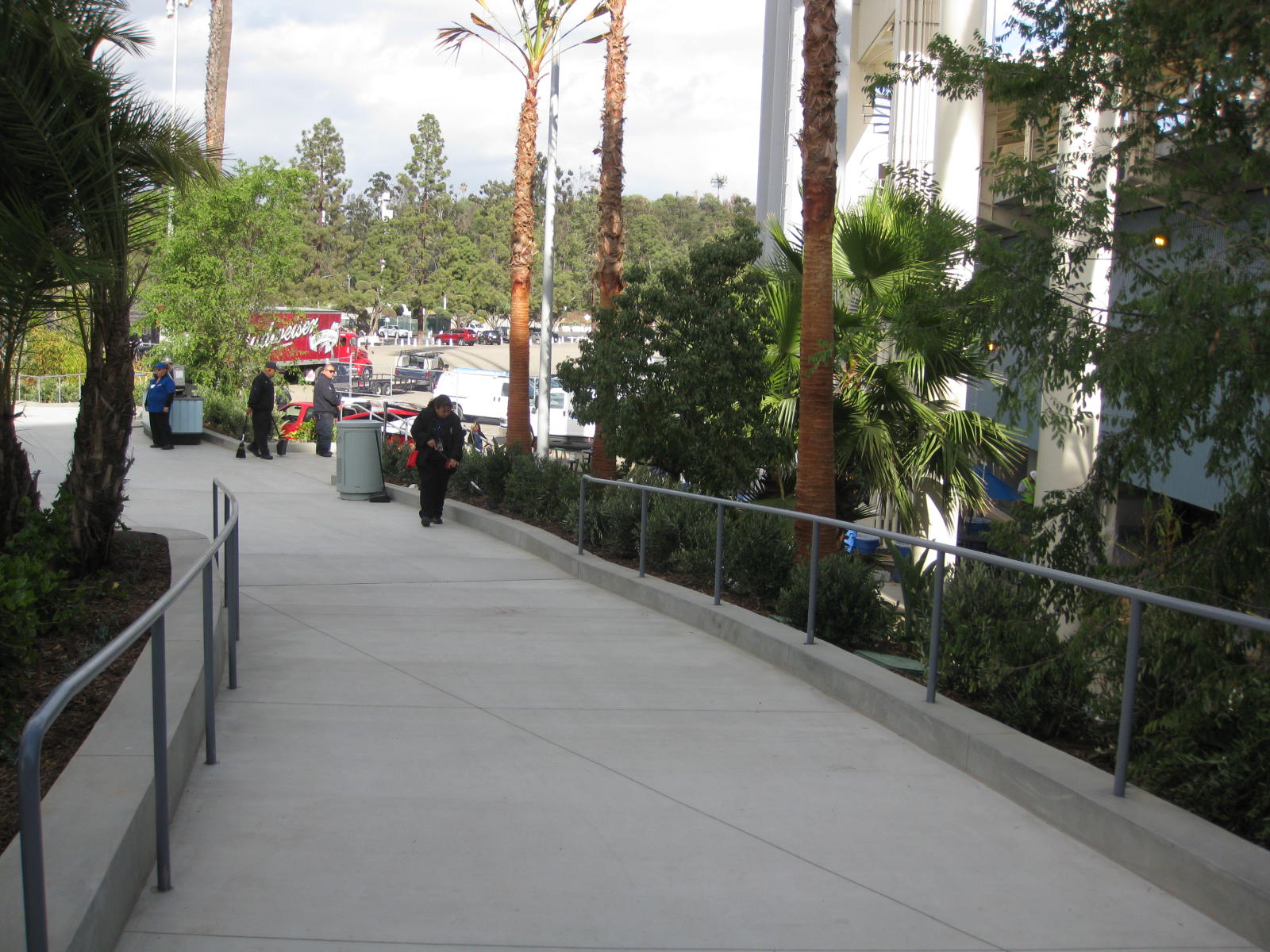 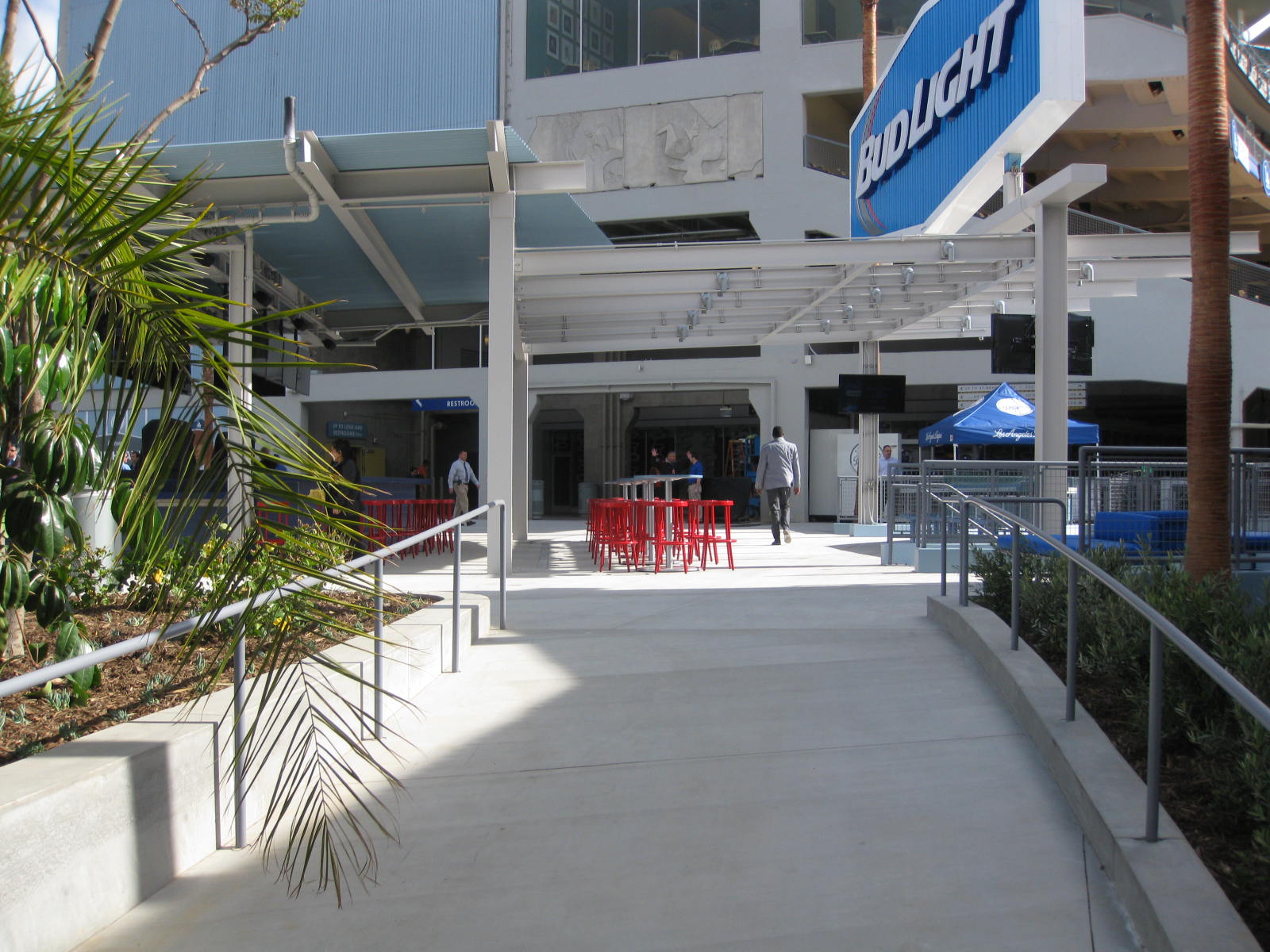 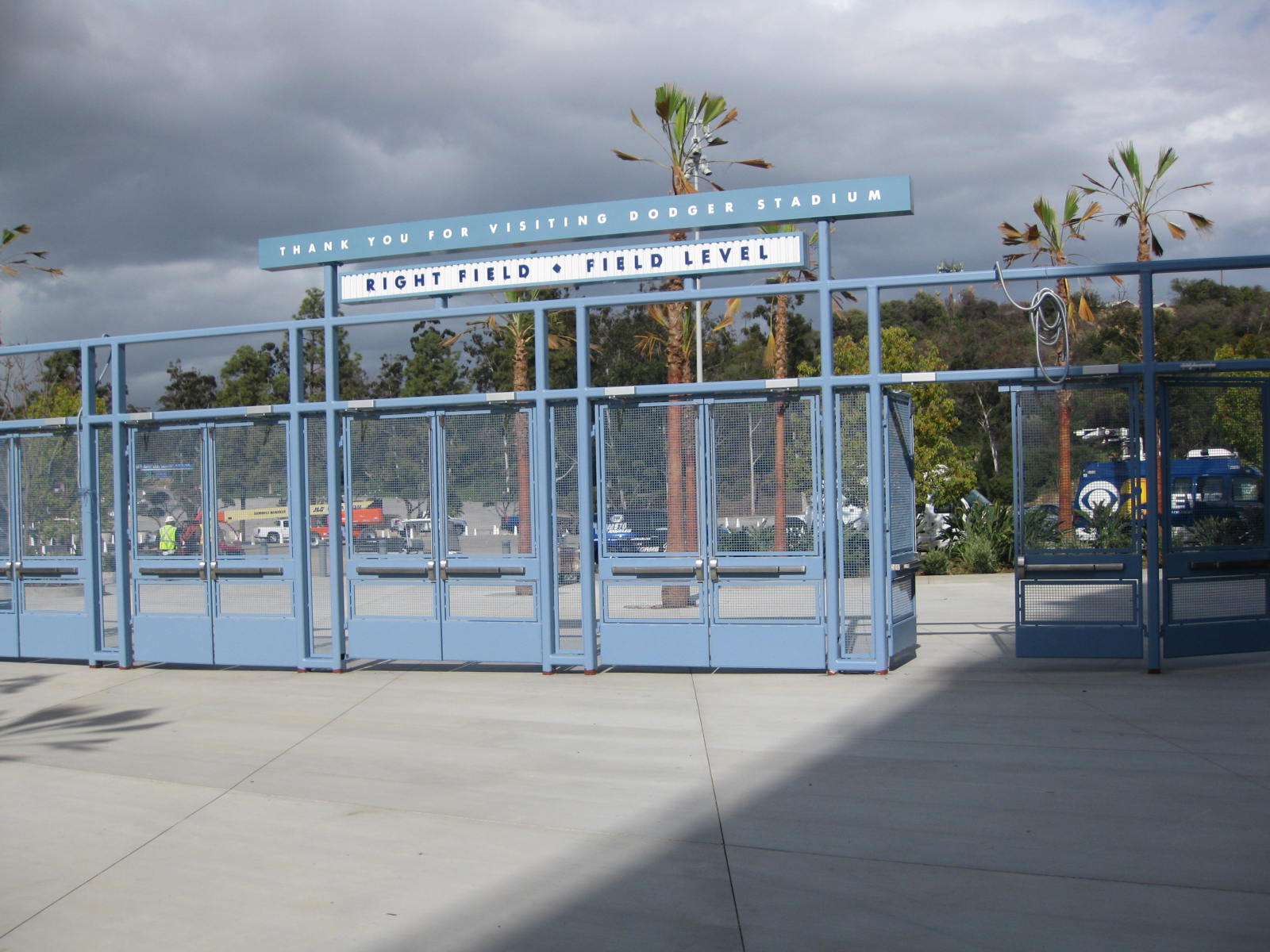 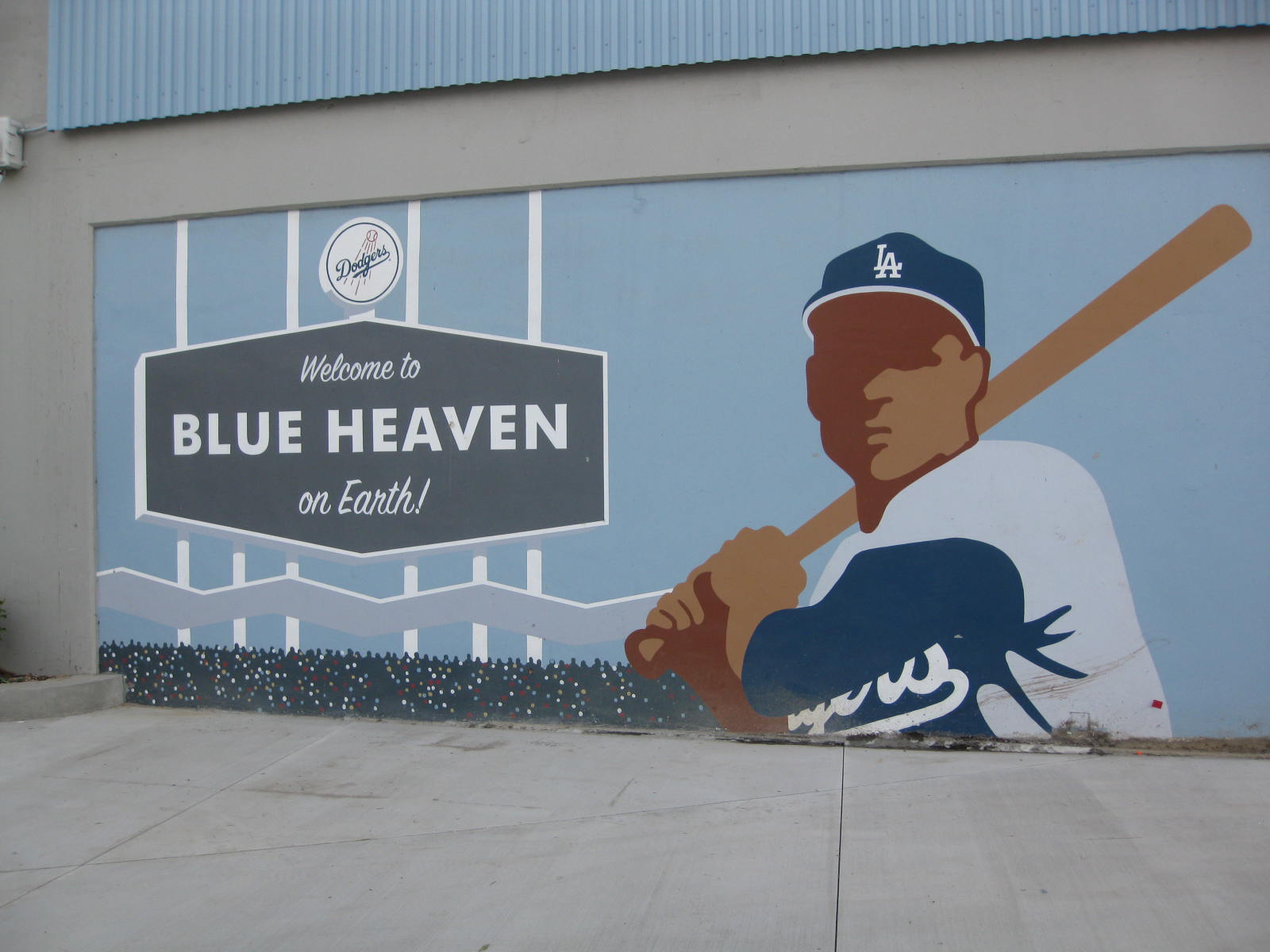 There are also new team stores on both the left and right field sides, at the entrances. 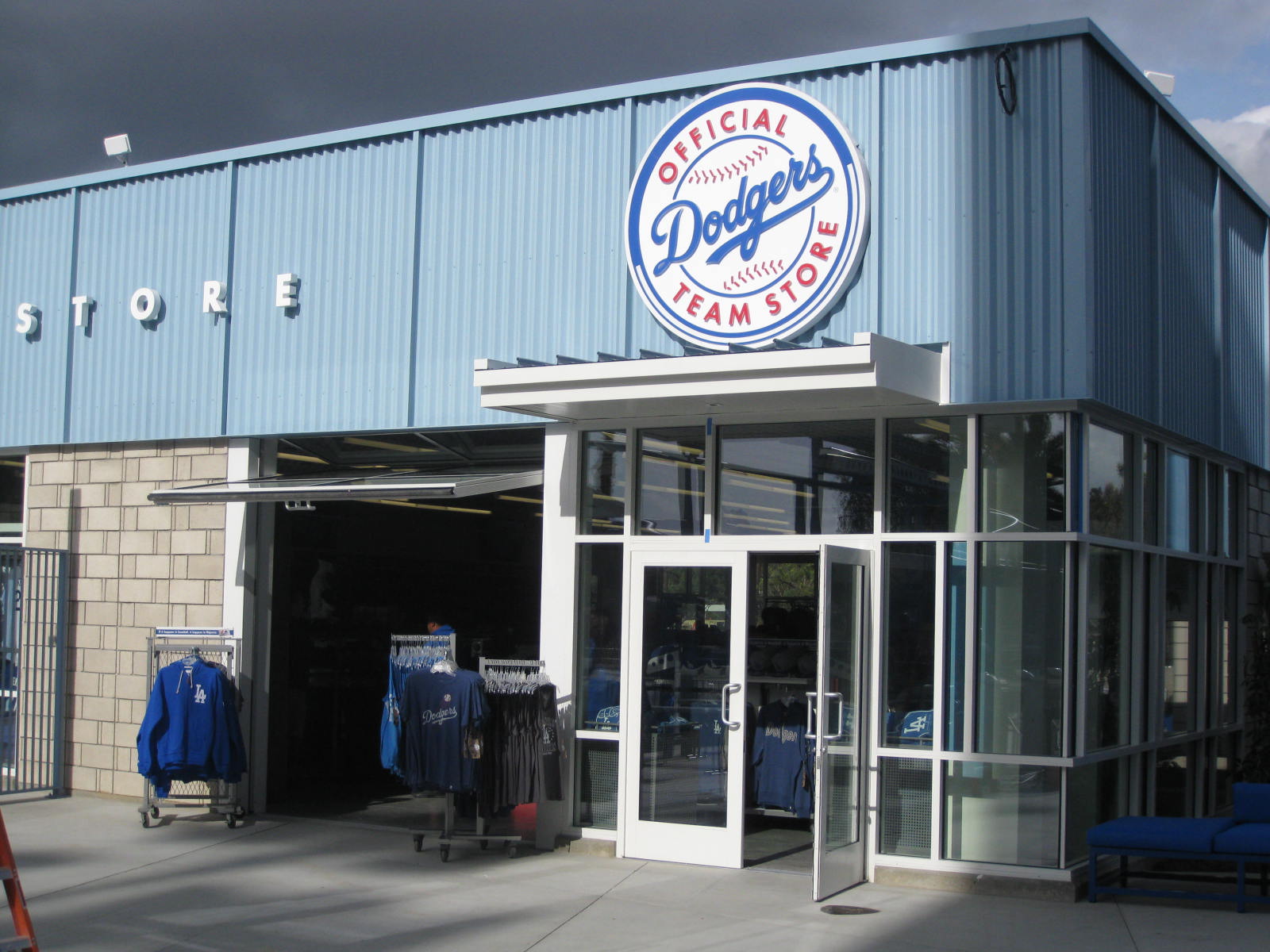 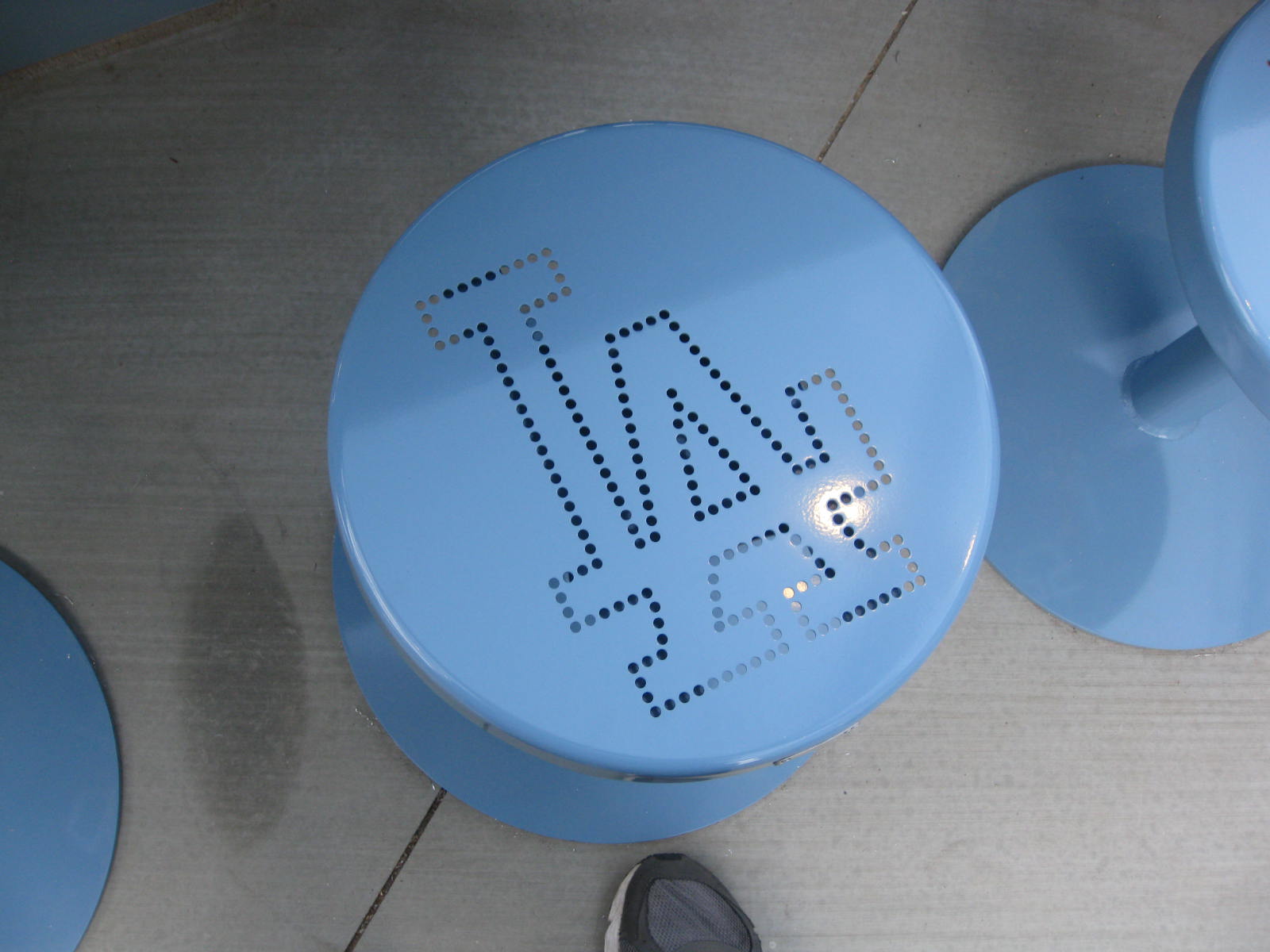 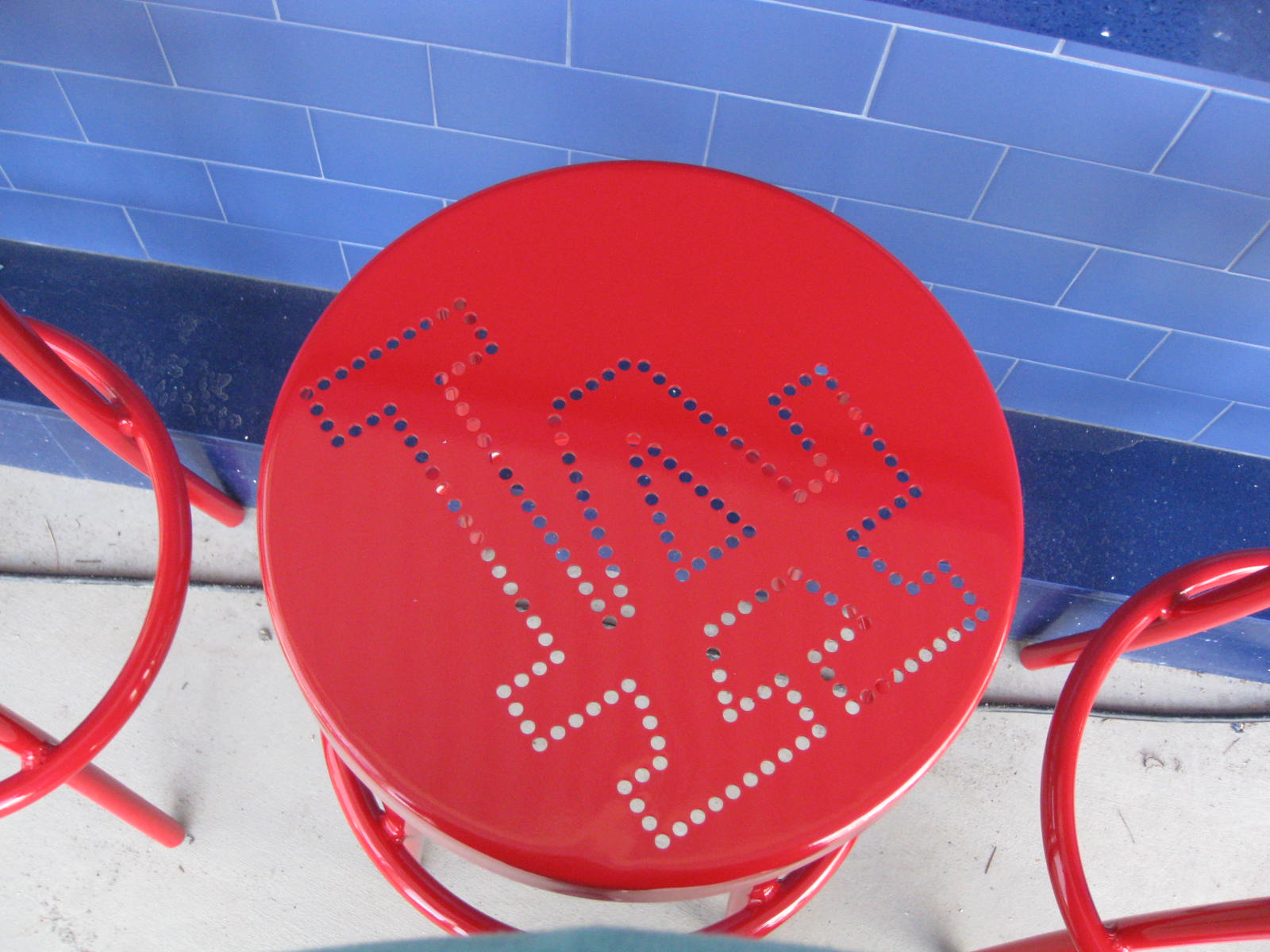 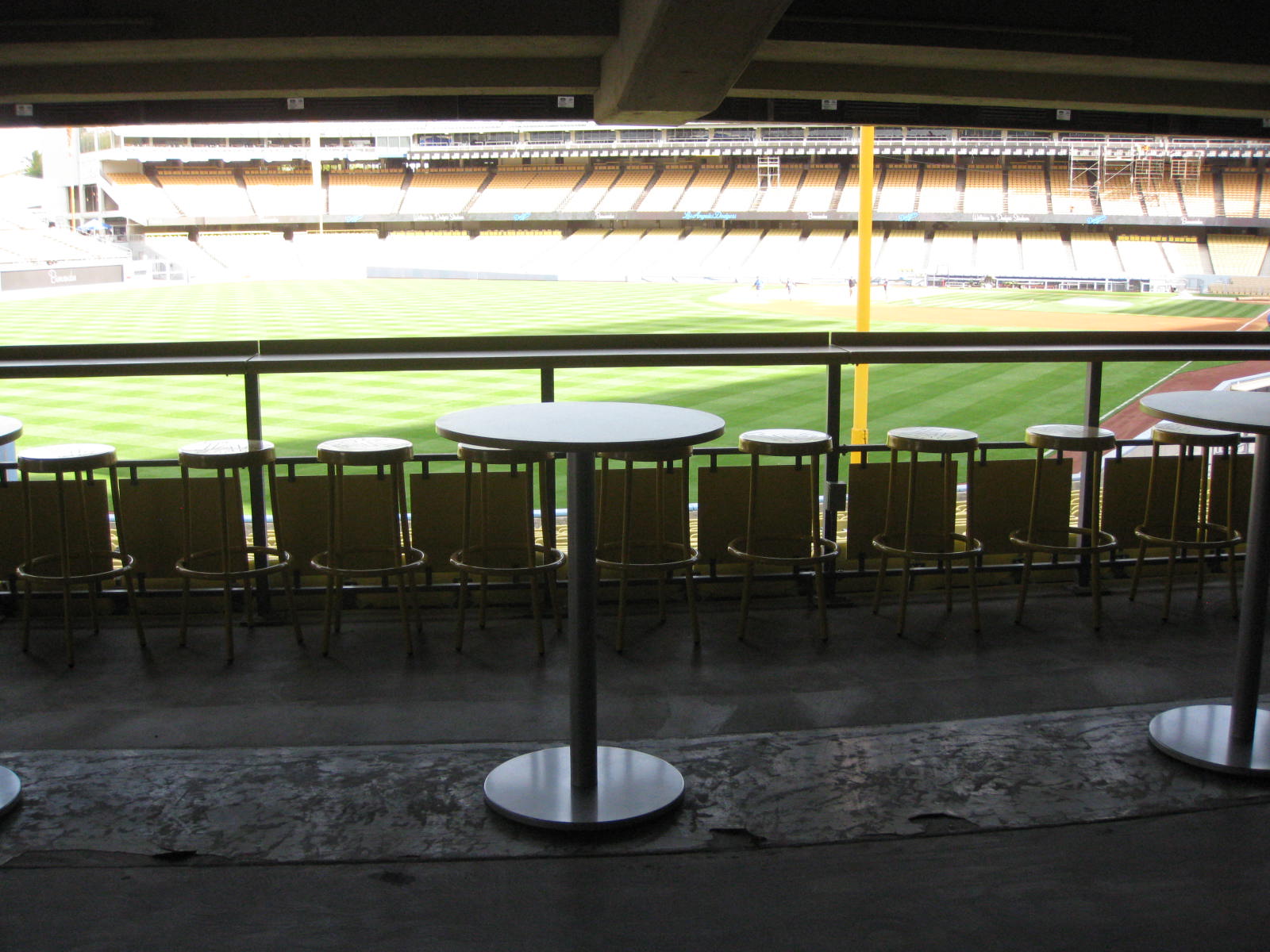 Dodgers photographer Jon SooHoo, an actual professional with the camera, has a series of pictures up from yesterday as well.