LOS ANGELES -- Dee Gordon tripled in the ninth inning on Thursday night against the Angels, which was notable for a few reasons.

For one, there were only 11 triples hit at Dodger Stadium in all of 2013, five by the Dodgers and six by opponents. Also, it was Gordon's fifth triple this spring in 48 plate appearances. With the caveat that these are spring training stats and should be taken with a grain of salt, it matches Gordon's total in 669 major league plate appearances.

"I'm just learning what I can handle and what I can't handle, what swings I need to take and can't take, just little things like that," Gordon explained. "Knowing what I should have done on certain pitches, being more selective at the plate, not panicking so much when I get a strike or two on me. Just ready to hit."

Stats aside, what manager Don Mattingly and the coaching staff like about Gordon this spring is his ability to turn on inside pitches and pull them with an authority that wasn't there in previous years.

"We're seeing a little more pop in his bat," Mattingly said. "The extra 10-12 pounds he's put on has put a different dynamic in the way the ball comes off his bat." 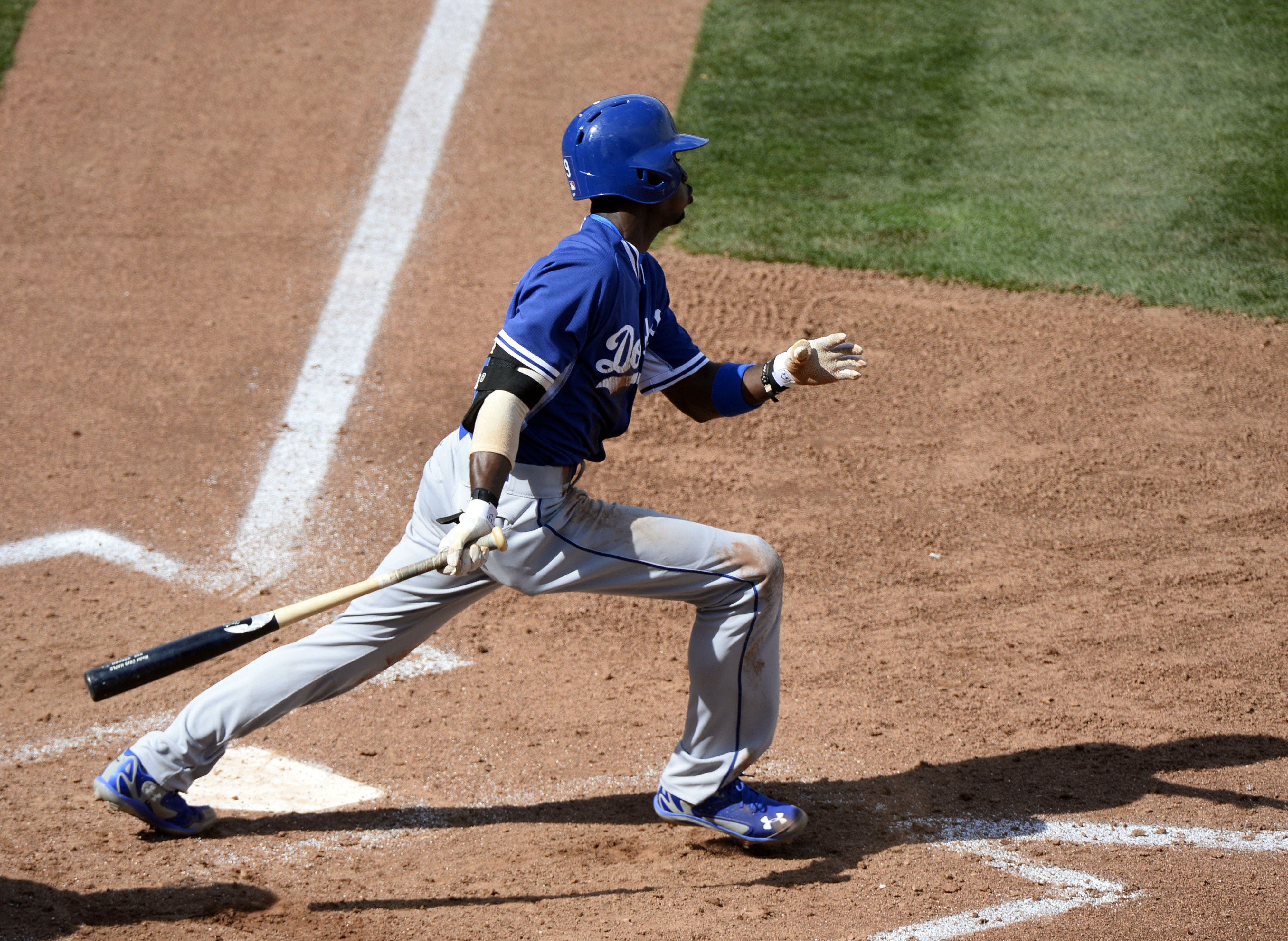 Dee Gordon this spring has five triples but no doubles, though he does have a double in regular season play (his extra-base hit on Sunday in Australia would have been an easy triple too were it not for pitcher Hyun-jin Ryu on base ahead of him). The Dodgers record for most triples in a season with zero doubles is three, by both Ron Fairly in 1960 and Con Lucid in 1895.

It did not work out.

Gordon in 2012 hit just .228/.280/.281 and was leading the league with 17 errors when he dislocated his thumb in July. By the time he rejoined the team in September, the team had traded for shortstop Hanley Ramirez and rode the red-hot Luis Cruz wave at third base for the rest of the year.

With Ramirez injured last May the Dodgers turned again to Gordon but was optioned back to Triple-A after hitting .175/.278/.254 in 19 games.

With a chance at renewed major league life, Gordon welcomed the change.

"I'm just going to help us win, that's it. It's definitely not about me, my name is on the back of the jersey, definitely not on the front. It's about the team," he said. "Whatever the team needs me to do I'm more than willing to do it."

He won the second base job, or at least the more regular side of a platoon with the right-handed Justin Turner. While Mattingly will use a platoon for the early part of the season, ultimately he'd like one person to take the reins at the position, and that choice is clear.

"I want to give Dee some shots, because he brings another dynamic to us if he can go regular," Mattingly said.

Gordon, who will start tonight against the right-handed Garrett Richards for the Angels, wants the job.

"That's what I want, that's it. I just want an opportunity. They've given it to me, and I'm going to seize it this time. I didn't sieze it in the past, I was too immature, didn't know myself," Gordon said. "I think I'm ready to play for a high-profile club. I can play every day, and I'm going to do what I can to show I'm consistent and I'm accountable."