Share All sharing options for: Hyun-jin Ryu starts re-opener for Dodgers vs. Padres

The Dodgers open the domestic portion of their regular season on Sunday night against the Padres at Petco Park in San Diego with a chance to get three wins before 27 other teams in MLB have even thrown a pitch.

Getting the call for the Dodgers in the opener in San Diego is Hyun-Jin Ryu, currently leading the majors with a 0.00 ERA. He got that by pitching five scoreless innings last Sunday in Australia (Saturday night in Los Angeles), which happened to be the Dodgers' last game.

Ryu is the first Dodgers pitcher to start consecutive games since ... well, since Ricky Nolasco last July. But before that, the last one was Andy Messersmith in July 1975. Both Nolasco and Messersmith sandwiched their consecutive starts around the All-Star break.

In fact, the Dodgers' first two starting pitchers in San Diego will be a guy starting his second straight game followed by a guy who started three straight games in 2012, though Zack Greinke's streak was aided by a first-inning ejection and the All-Star break. 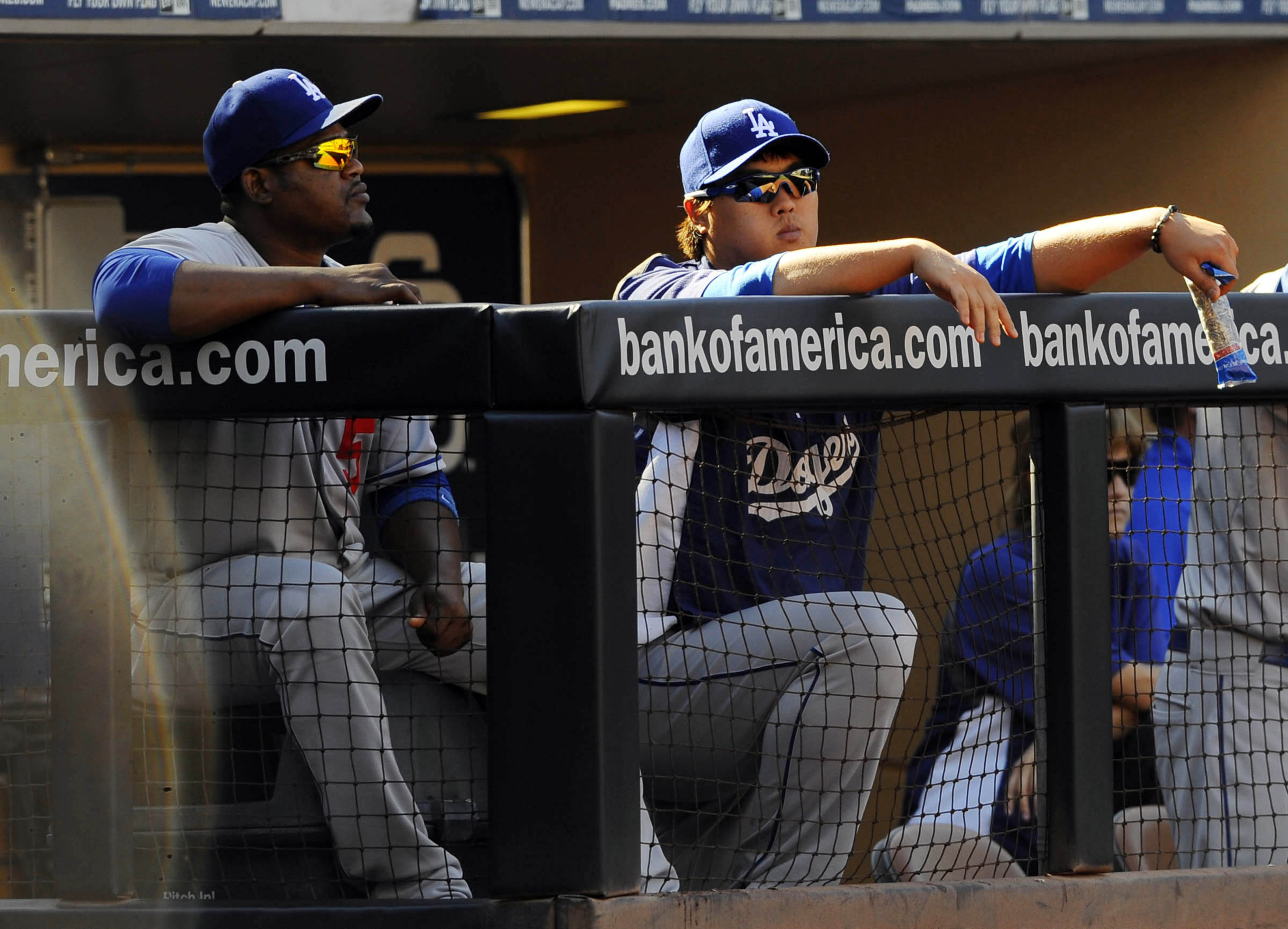 Ryu faced the Padres once in 2013, allowing one run while pitching into the seventh inning in a win on August 30. But this is his first start at Petco Park. Current Padres against Ryu:

Ryu's second straight start was in question as late as two days ago, as he cracked his right big toenail while running the bases in Sydney. But after throwing a bullpen session on Friday and not feeling any pain in his toe, he felt ready to go. Ryu, who threw 87 pitches in his first start, said he wouldn't be limited against the Padres.

"If I had any doubt that I could throw like I normally could, I wouldn't be out there," Ryu said, through a translator.

Outside of the toenail, Ryu has been perfectly healthy this spring, entering camp in better shape than he did in 2013. He put up a 2.20 ERA in four Cactus League starts, with 10 strikeouts and three walks in 16⅓ innings. He was asked the biggest difference between this year and last.

"Mostly it's my physical condition," Ryu said. "I feel a lot better than I did last year."

While Sunday won't be the first game for the Dodgers, it will be Opening Day for the Padres with all the pomp and circumstance surrounding it.

"I'm very honored. It's a privilege to take the mound for a team on the Opening Day, especially coming from Korea last year," Ryu said. "I'm going to take it very seriously, and do the best that I can."

"I think I lost every start," Ryu said with a laugh.