The Dodgers setup man allowed more runs on Sunday night (three) than he did in his 24 total appearances in 2013, including the playoffs (one).

SAN DIEGO -- It was bound to happen at some point. The Dodgers called on Brian Wilson 18 times in 2013, 24 counting the postseason, and he never really had what could be classified as a bad game. But on Sunday night in San Diego, he turned a 1-0 lead into a 3-1 Dodgers loss.

"It was definitely unlike him. It seems like with Brian, he's always on the edge and always painting. Tonight it seems like he must have been missing that edge out there," manager Don Mattingly said. "He seemed to be missing his spots a bit, and just wasn't as sharp as we're used to seeing him."

Wilson faced five batters in the eighth inning and didn't record an out. Two of the five did reach via error, one by Wilson himself.

"He has made a living, especially coming off the bench, with a tremendous approach as a pinch hitter," catcher A.J. Ellis said of Smith, hitting .315/.413/.554 with six home runs in his career as a pinch hitter entering Sunday. 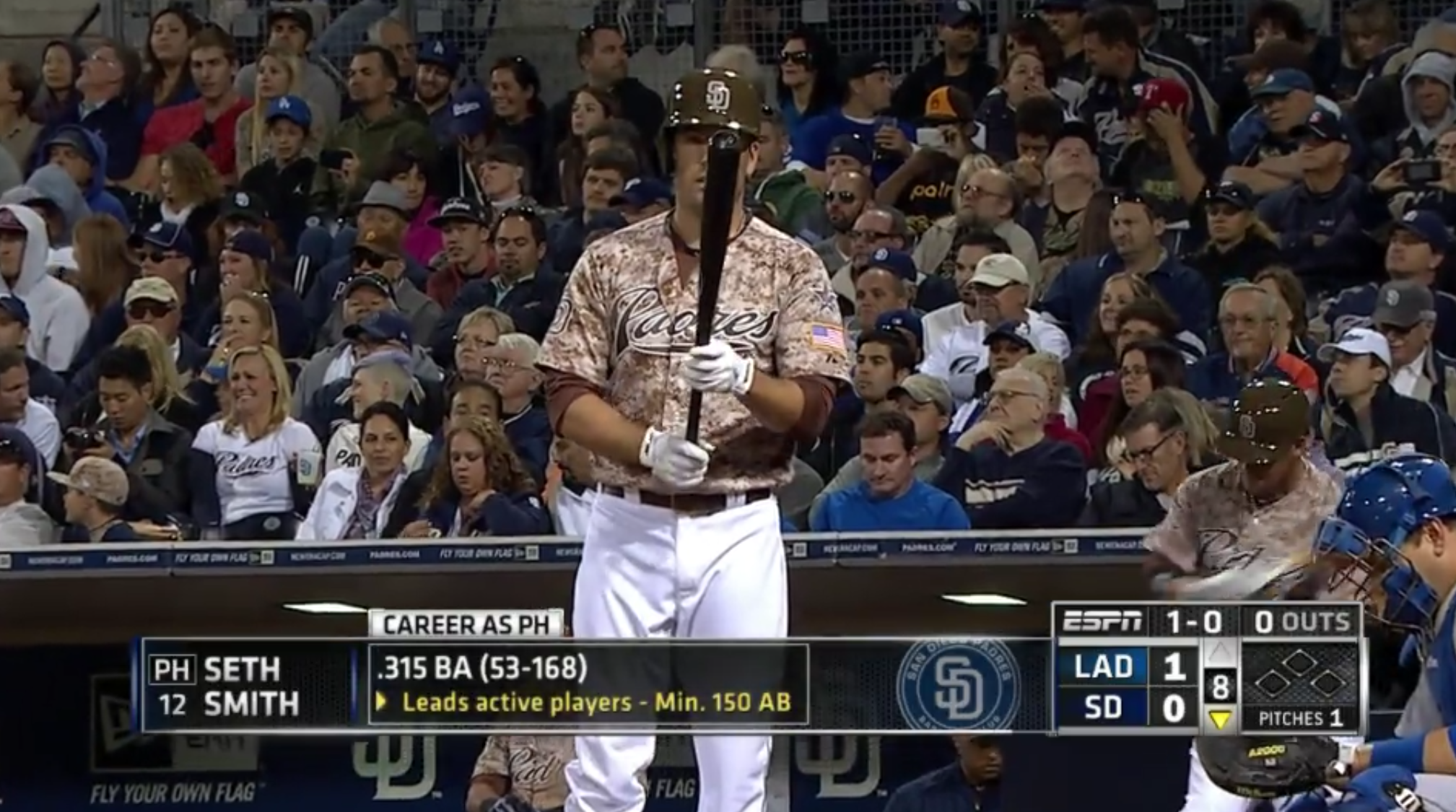 The Dodgers had a plan for Smith, but Wilson didn't execute on his 2-0 pitch.

"He's a tremendous middle, middle-in fastball hitter," Ellis said. "We know that, and we were trying for the corner but the ball leaked back over the middle of the plate."

Ellis set up on the outer half of the plate. 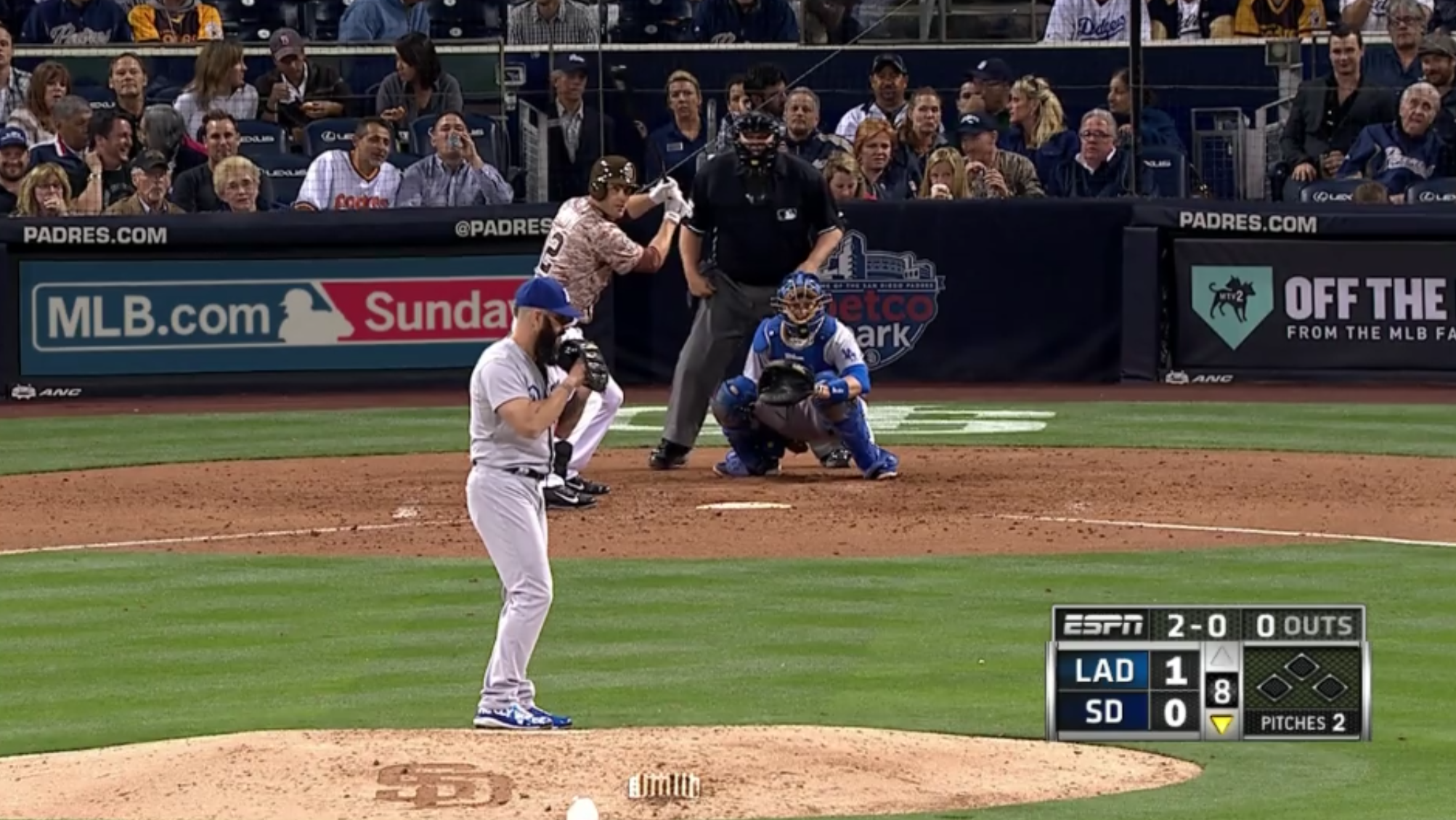 The pitch did not end up on the outer half of the plate. 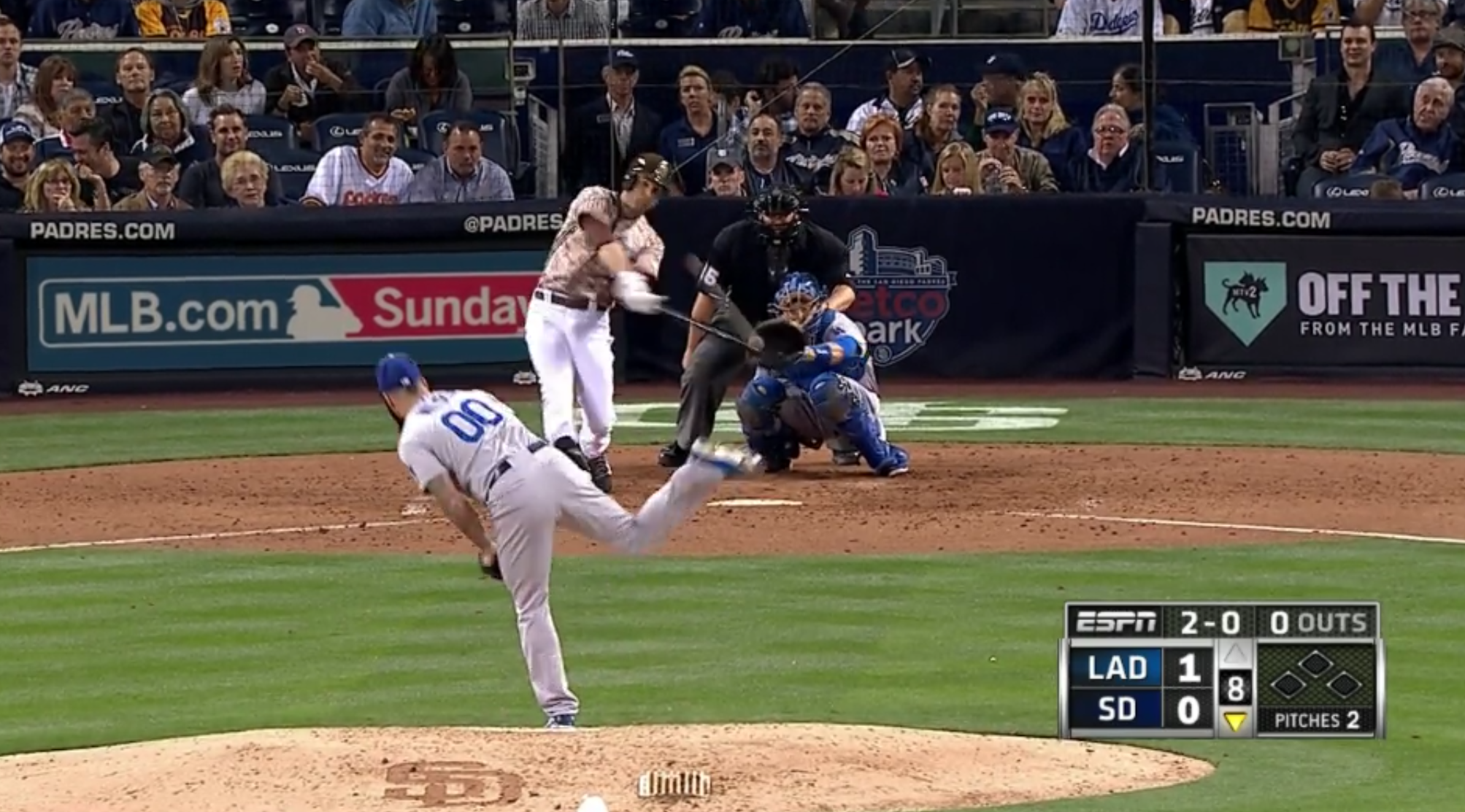 "I was trying for a strike on the outer half, and caught too much of the plate," Wilson said.

"[Smith] let it fly in a 2-0 count, which is what you need to do in those situations. Give him credit, he put a great swing on it when his team really needed him," Ellis said. "You just have to really execute on that guy and get the ball to the outer half if you can, make him use the big part of the ballpark."

The home run to pitch was 87 mph, classified by Gameday as a slider, though it was probably a cutter. Wilson threw 25 pitches Sunday night, between 85-92 mph and averaged 89.2 mph on the night. But neither pitcher nor manager were concerned about Wilson's velocity.

Wilson was behind in the count to all five batters. He had Chris Denorfia down 0-2 but ran the count full before giving up the two-run single that gave the Padres the lead. Of his 25 pitches, 13 were balls.

"I just wasn't able to get ahead in the count," Wilson said.