Lee is in his first big league camp after being named the Dodgers minor league pitcher of the year in 2013.

GLENDALE -- Dodgers pitcher Zach Lee had his finest season to date in 2013, and came into camp with lofty expectations. On a team with six (and by the time camp opened, seven) starting pitchers under contract, the 22-year-old non-roster invitee wanted to break camp with the team.

His first big league camp hasn't gone exactly how he would have liked, as Lee was sidelined early by a strained lat. But that hasn't hampered Lee's desire to make it to the big leagues.

"It's still what I'm planning to do. The first rule now is getting healthy, then once you get healthy take it from there and pick back up on that goal," Lee said. "I definitely want to make an impression and rub people the right way, make sure my name's out there."

Well, Lee did survive the first round of roster cuts, so there is that at least. 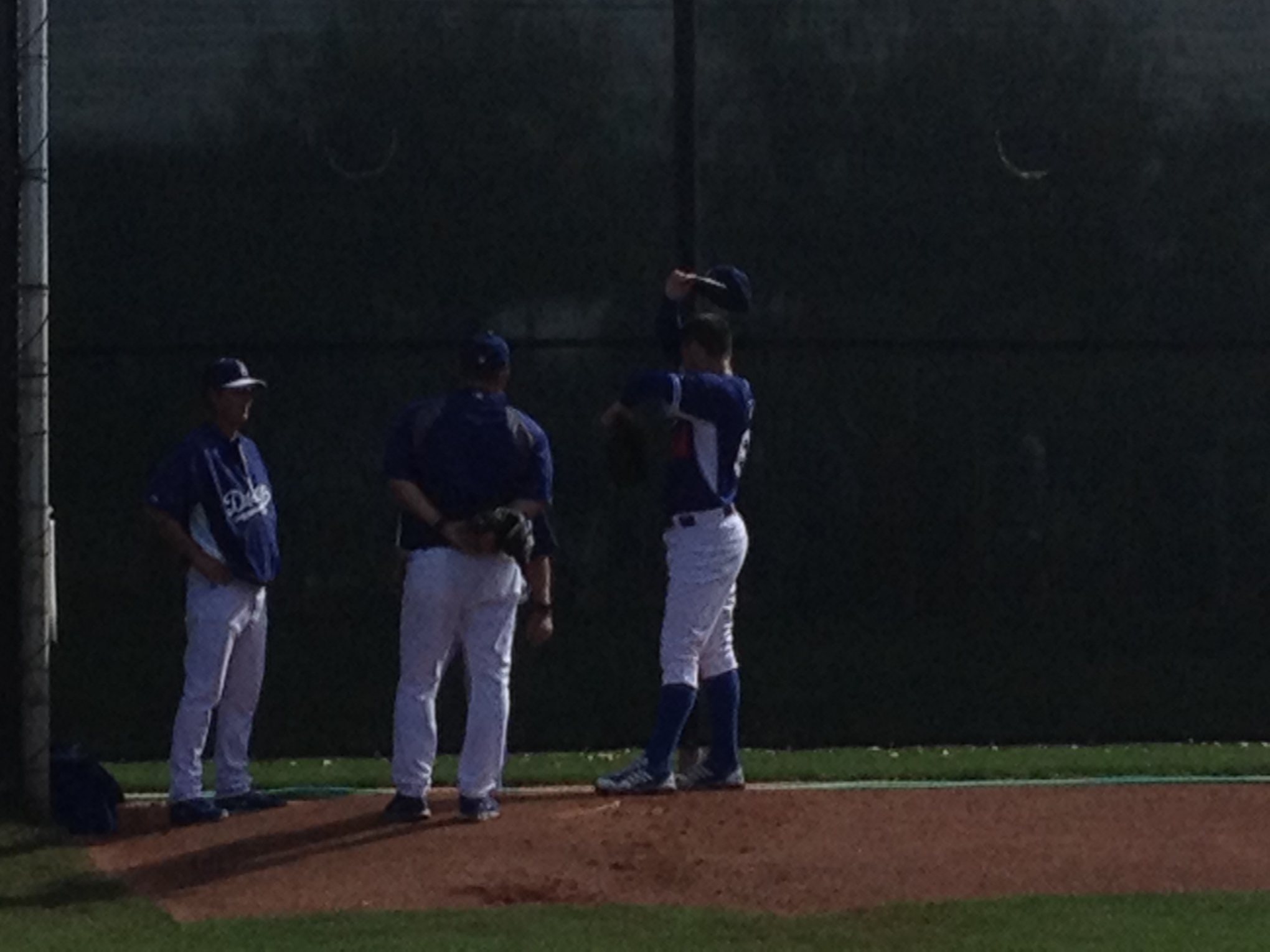 Lee pitched live batting practice to hitters on Sunday, and threw a bullpen session on Tuesday morning, so he's close to being back on track. More importantly, he reported the injury to trainers relatively early.

"I made the decision to get it checked out, just to make sure we didn't do any harm or damage further than what was already done," Lee said. "It's early now, and I wanted to get this out of the way before we started the season."

Lee was 10-10 with a 3.22 ERA in Double-A Chattanooga last year with a career-best 22.5% strikeout rate and a career-best 6.0% walk rate. Coming into 2014, Lee was rated among the top 100 prospects in baseball by Baseball America, Baseball Prospectus, ESPN and MLB.com.

How close is Lee to pitching in the majors?

"He'll tell us," Mattingly said. "We'll see, with what happens this year."

Lee turned down a scholarship to play baseball and football at LSU to sign with the Dodgers in 2010. In the four years since, the Tigers went 44-9 (.830), the most wins in any four-year period in school history.

Lee isn't yet on the 40-man roster, though he will need to be added by November to protect him from the Rule 5 draft. He has all three options remaining.

It seems impossible to go through a season without using 10 starting pitchers, so at some point I think Lee will get the call. I think he makes five starts and puts up a 4.34 ERA in 29 innings. What's your guess?