News and notes from Tuesday's Dodgers loss to the Mariners.

GLENDALE -- Brian Wilson didn't get to bat on Tuesday, but he did get to start in the Dodgers' 4-1 loss to the Mariners at Camelback Ranch. Wilson, with 333 relief appearances in his career and no starts, started the "bullpen game" on Tuesday and pitched a perfect inning with one strikeout. He even dropped in a knuckleball for a strike with his first pitch of the game (thanks to Cut4):

Kenley Jansen followed with a perfect second inning, with one strikeout, and setup man Chris Perez struck out two in a scoreless fifth inning.

The Mariners scored some runs off J.P. Howell and Jamey Wright, with the help of a couple errors, for the win. Here are some notes from Tuesday:

Yasiel Puig had two throws in the third inning, one good and one not so good. The throw home (the good throw) left him a bit off balance: 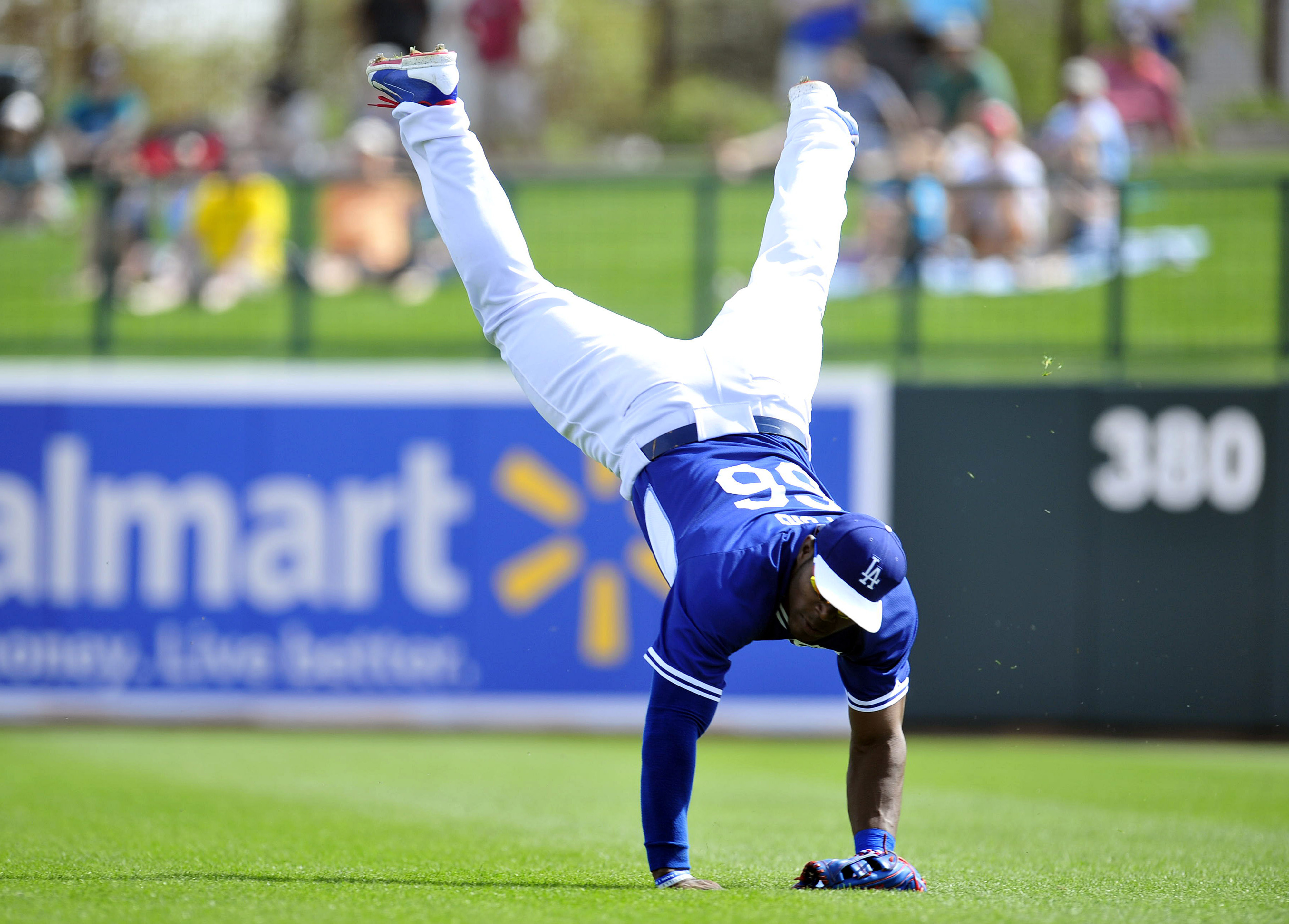 The Dodgers head to Goodyear on Tuesday night to battle the Reds, which more importantly means a late reporting time and the only sleeping in day of the spring. Hyun-jin Ryu gets the start for the Dodgers, against new $100 million man Homer Bailey.