Kershaw starts his fourth consecutive opening day for the Dodgers.

Share All sharing options for: Clayton Kershaw, Hyun-jin Ryu to start in Australia

GLENDALE -- The Dodgers will start Clayton Kershaw and Hyun-jin Ryu in their two opening series games in Australia, manager Don Mattingly announced on Sunday. The Dodgers play the Diamondbacks in a pair of regular season games at Sydney Cricket Grounds on March 22-23, though both games fall on March 22 in the Pacific time zone.

Kershaw is starting on Sunday against the Giants, with Ryu pitching Monday. Both will receive an extra day of rest before their final Cactus League start, on Saturday and Sunday respectively. 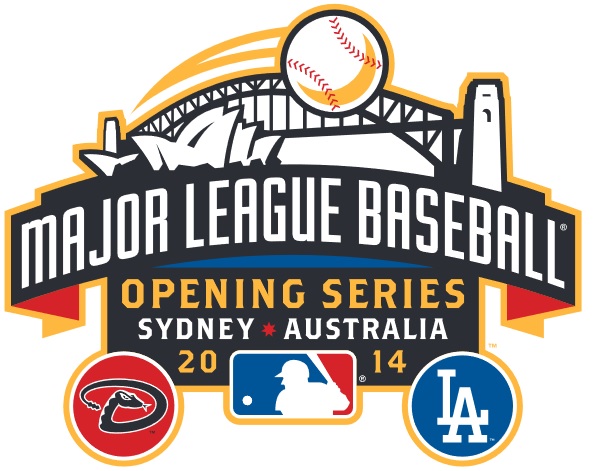 Patrick Corbin will start the first game for the Diamondbacks, while Trevor Cahill gets the call for Arizona in the second game.

The Dodgers will take starter Dan Haren on the trip as well as insurance in case something happens to Kershaw or Ryu, but chances are the trip will be more like a vacation for the right-hander.

"Maybe I'll see some sights," Haren joked on Thursday. "I'm excited, just not for the flight. I'll try to sleep on the plane. I'll load up the iPad with as much content as I can."

It marks the fourth straight year Kershaw will start on Opening Day, the first Dodgers pitcher to do so since Ramon Martinez (1995-1998). Kershaw in three Opening Day starts has yet to give up a run, with 19 strikeouts and two walks in 19 innings.

"Any time you get to start on opening day, no matter what continent, it's an honor," Kershaw said.

The Dodgers plan to monitor Kershaw's innings this season, and Mattingly said the southpaw won't start all three openers - including March 30 in San Diego and the home opener on April 4 against the Giants - even though Kershaw would be on at least regular rest for all three games.

A possible scenario is for Kershaw to pitch the opener in San Diego, then make his next three starts on five days rest. That would require the Dodgers to use a fifth starter by April 16.

But Mattingly hasn't revealed his plan for the rotation outside of those first two games down under.

Ryu was 1-2 with a 4.65 ERA in five starts against the Diamondbacks in his rookie campaign, with 19 strikeouts and six walks in 31 innings.

Both games in Australia will be televised by SportsNet LA, and by MLB Network for those outside of the greater Los Angeles and Phoenix television markets.