SAN DIEGO -- The Dodgers were on the short end of a non-call in the top of the seventh inning on Tuesday night, though it didn't end up ultimately costing them in their 3-2 win over the Padres at Petco Park.

After pinch-hitter Chone Figgins walked to leadoff the seventh — he has walked in each of his first two plate appearances of 2014 — Carl Crawford came to the plate with the Dodgers leading by a run.

On a 2-2 pitch from relief pitcher Tim Stauffer, Crawford fouled a ball off but his bat hit catcher Yasmani Grandal's glove. 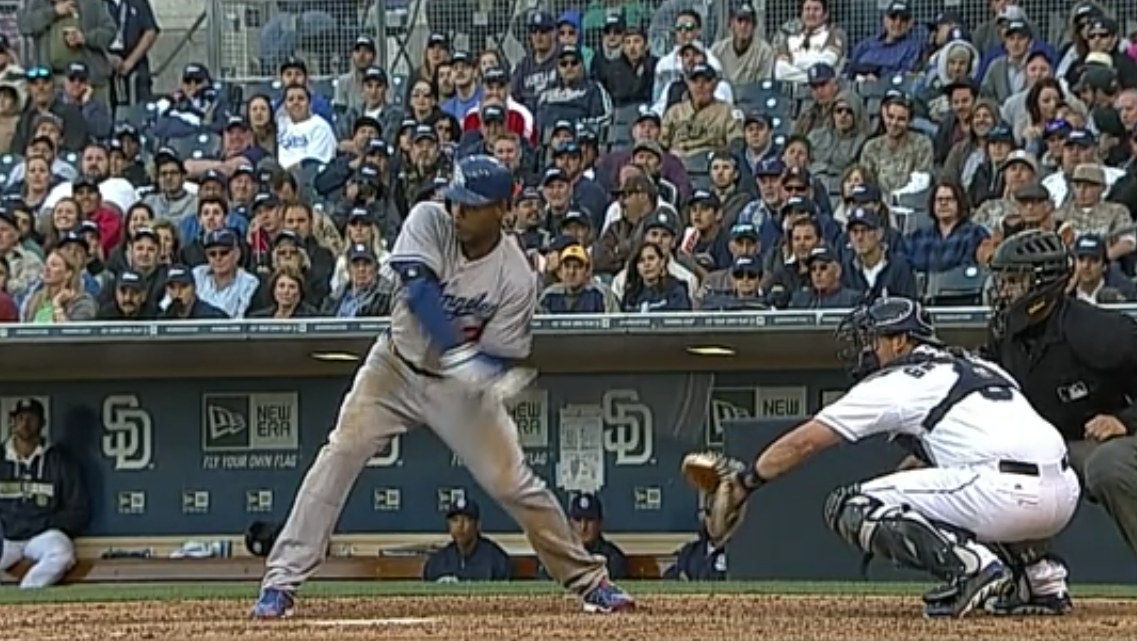 Catcher's interference would have awarded Crawford first base, but home plate umpire Manny Gonzalez didn't see it that way. Both manager Don Mattingly and eventually Crawford argued, but to no avail.

Later in the at-bat Crawford flew out to left field. The Dodgers were unable to add an insurance run in the inning.

"I didn't think it was reviewable, but more than anything it's a sound play really. Manny heard it, but he said he didn't know if Crawford's bat hit the ground or not," Mattingly explained. "If he heard the sound, somebody else had to have seen his bat not hit the ground."

Under the new instant replay rules, catcher's interference isn't a reviewable play. Here are the plays that are reviewable: 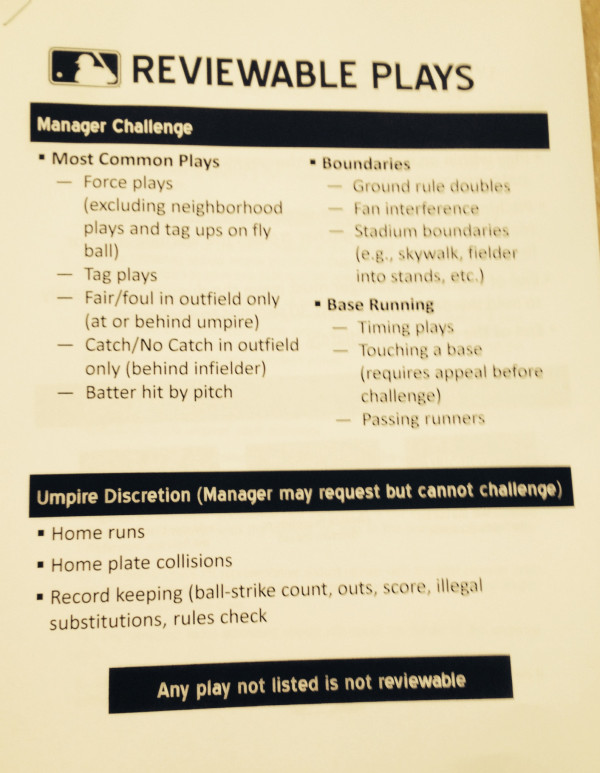 "Fieldin [Culbreth, crew chief] let me know right away that it wasn't a reviewable play, and nobody saw anything so they couldn't do anything about it," Mattingly said after the game.