LOS ANGELES -- Kenley Jansen had a rough series for against the Tigers, thanks mostly to Victor Martinez. The Tigers designated hitter, playing first base and catcher in a National League park against the Dodgers, hit the game-tying RBI single in the ninth inning on Tuesday, then the game-winning home run on Wednesday.

Both came against Jansen. 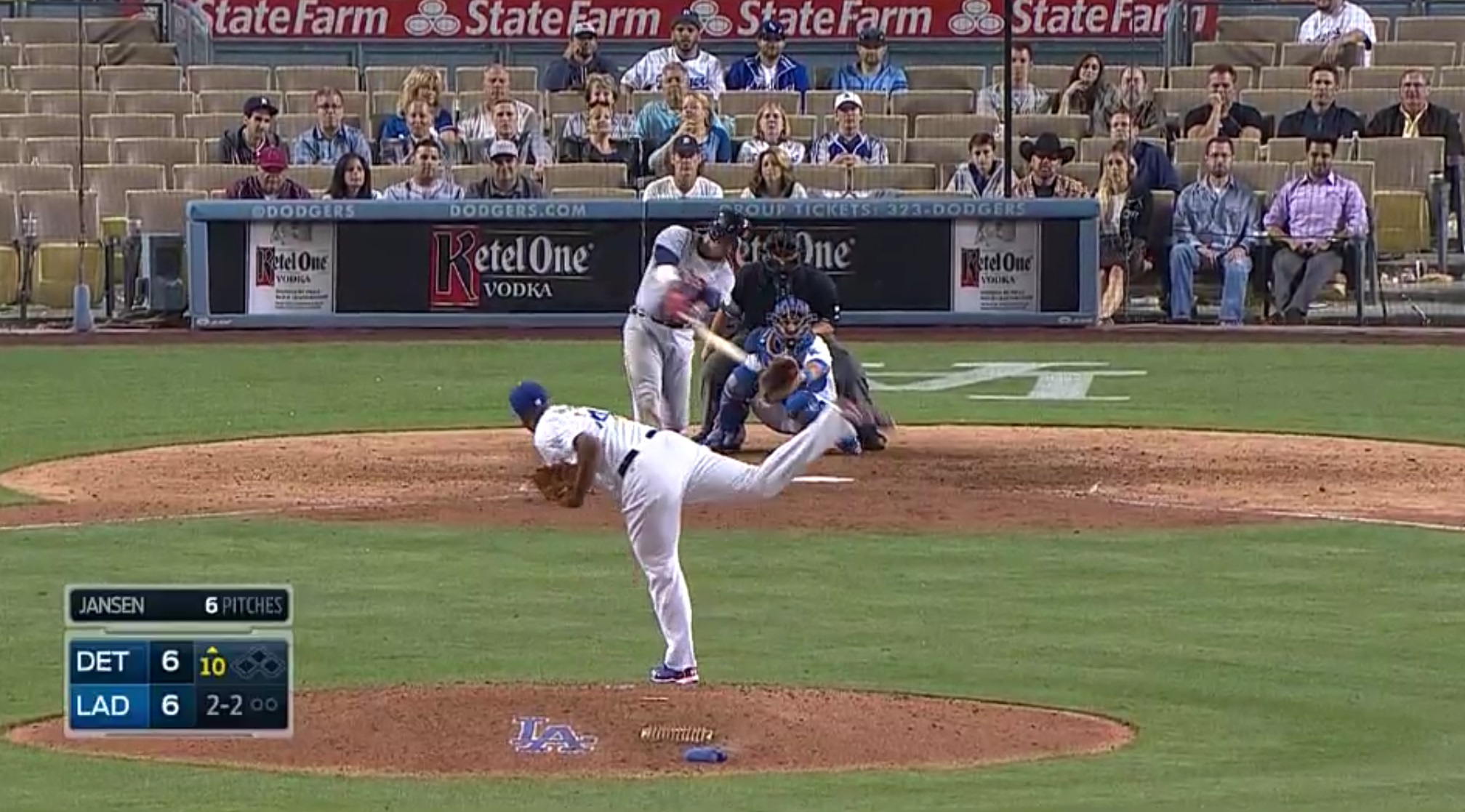 "It's tough, man. He's a tough hitter and kept battling. I feel like I executed, and one pitch I go in there and he took me deep. He kept fouling me off away and I tried to go in there to back him off," Jansen explained. "Nothing I can do about it. It's a tough series, but I can't worry about this. I just have to go now to Arizona and get it back together."

Jansen has allowed runs in consecutive appearances only five times in his career. This series against the Tigers was the first such time since June 29 and July 3, 2013.

"His stuff is good. I've seen a lot of guys, they have trouble one night it's always two in a row," Mattingly said. "I've seen Mo [Mariano Rivera] do it many times."

But Jansen bristled at the comparison to the all-time saves leader.

"I don't care about Mariano, man. I'm me," Jansen said. "These guys are tough. Victor is tough, that whole team is tough. There's a reason they go to the ALCS. They are one of the best teams in the American League."

Jansen has had a weird year to date, which is hard to quantify just 10 team games into the season. Jansen has pitched in seven of the games, and has yet to have a clean appearance, with nobody reaching base. In 26 of his 75 appearances in 2013 and 28 of his 65 games in 2012, Jansen pitched at least one inning without allowing a baserunner.

On the other hand, Jansen also has 10 strikeouts and his velocity is up to 94.5 mph this season entering Wednesday (and his fastballs to Martinez registered from 94-96 mph), a career best and up two mph over 2013. Jansen, who had heart surgery to repair an irregular heartbeat after the 2012 season, cites his improved conditioning and full offseason as reasons for the early rise in his fastball speed.

With all the movement on his cut fastball, Jansen said he isn't having any trouble controlling it.

"I've been locating pretty well. I watched the tape, and I located that pitch [to Martinez]. Even on Austin Jackson I located that outside corner. It's like everything is just falling right now," Jansen said. "You just have go out there and keep competing. You can't give up."

If we want to dig even deeper and look at only the times when Jansen was the anointed closer (from May 12 through the end of August 2012; and from June 11, 2013 to now), Jansen has a 2.60 ERA in non-save situations and a 1.90 ERA in save situations during those periods. But even that is skewed because four of the eight total runs Jansen has allowed in those 29 games in non-save situations came on Aug. 27, 2012 in Colorado, when Jansen experienced the irregular heartbeat and was shut down for over three weeks.

In 2013, Jansen did not allow a run in any of his 14 games in non-save situations after he took over the closer role in June.

"I feel good, man. I feel strong. Everybody is going to have their tough times," he said. "I had my tough series, and I just have to shake it off and put a stop to it."

"Kenley's stuff is good, it's coming out good, he's healthy," Mattingly added. "I think we're going to be okay."