The Dodgers' spring training home from 1948-2008 on Tuesday will host a minor league game in honor of the anniversary of Robinson's major league debut.

VERO BEACH, Fla. -- For the first time in 10 years the Dodgers won't be playing at home on April 15 for Jackie Robinson Day, but their old spring training home will begin a new tradition with the inaugural Jackie Robinson Celebration Game on Tuesday night. 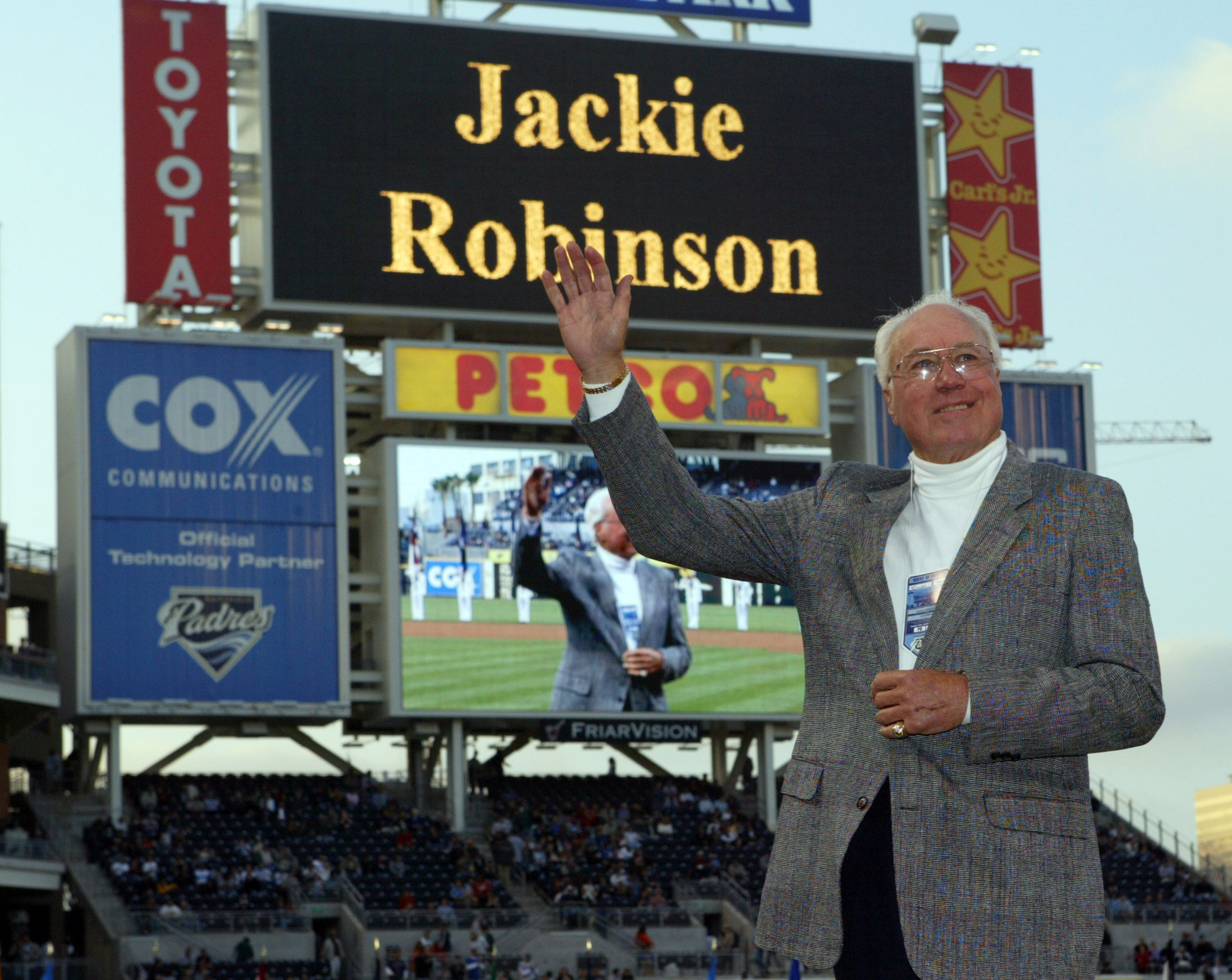 *The last time the Dodgers didn't play at Dodger Stadium on April 15, they were at Petco Park to play the Padres in 2004. Duke Snider threw out a ceremonial first pitch (Photo: Jon SooHoo | WireImage).

Historic Dodgertown will welcome a pair of Class-A Florida State League teams, as the Lakeland Flying Tigers (Detroit's affiliate) will face the Brevard County Manatees (a Brewers affiliate) at Holman Stadium. The game will technically be a home game for Brevard County.

Admission to the game is $5, and all net proceeds will benefit United Way of Indian River County. Former MLB commissioner Fay Vincent will address the crowd before the game.

Tuesday is the 67th anniversary of Robinson's first major league game. Batting second and playing first base against the Braves, Robinson was 0-for-3 with a sacrifice bunt and a run scored.

Dodgertown opened in Vero Beach in 1948, and Robinson played in the first game at Holman Stadium, on March 31, 1948. Robinson, then in his second season with the Dodgers, batted leadoff and hit a home run in the first inning against the Montreal Royals, the Dodgers' Triple-A affiliate.

In major league play, the Dodgers will be in San Francisco to battle the Giants, with all players and coaches wearing No. 42 in honor of Robinson, something MLB has done since 2009 and the Dodgers have done since 2007.

With the Dodgers away, Dodger Stadium on Tuesday will host a youth baseball clinic from 11 a.m. to 2 p.m. with 120 kids from South L.A. Challengers Boys and Girls Club. Former Dodgers Al Ferrara, Ken Landreaux and Derrel Thomas will lead the clinic, followed by lunch and a tour of Dodger Stadium.

From 5:30 to 9:30 p.m., the Los Angeles Dodgers Foundation will host 30 Jackie Robinson Foundation Scholars for dinner and a tour of Dodger Stadium. The group will also hear from a "Careers off the Field" panel featuring former Dodgers Sweet Lou Johnson, Al Downing, and Dennis Powell, as well as Dodgers front office personnel, and will be one of the upper third of Los Angeles that gets to watch the Dodgers on SportsNet LA, watching the game on television from a suite at Dodger Stadium.

The Dodgers will later this season auction off all game-worn No. 42 jerseys from Tuesday, to benefit both the Dodgers foundation and Jackie Robinson Scholars.