The left-hander topped out at 90 mph and mixed in all of his pitches in a 51-pitch simulated game on Sunday.

Share All sharing options for: Clayton Kershaw throws simulated game with no restrictions

LOS ANGELES -- Dodgers ace Clayton Kershaw threw 51 pitches in a simulated game at maximum effort and with no restrictions on Sunday at Dodger Stadium before the series finale against the Diamondbacks.

It was the latest step in the rehab process from inflammation in his left upper back for the left-hander, who topped out at 90 mph while pitching to catcher A.J. Ellis, facing hitters Chone Figgins and Drew Butera. 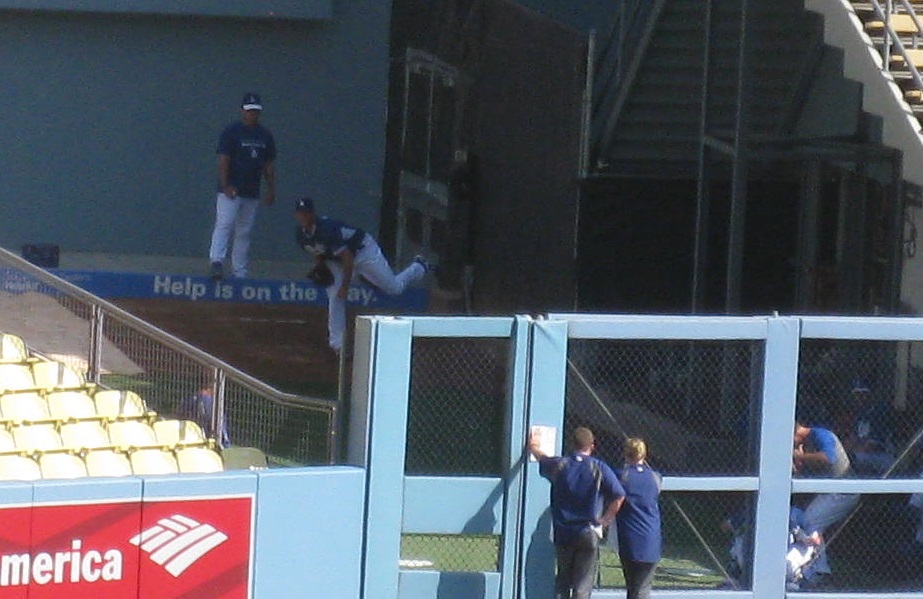 "It's full effort for me. You can't simulate the adrenaline of a big league game, that's where you get your extra velocity from," Kershaw explained. "But for a 10 a.m. sim game, that's pretty much all I got."

Kershaw was able to throw all his pitches without pain, and even went through his normal meticulous 34-pitch pregame throwing routine with Ellis that he does before every start. While warming up in the bullpen, Kershaw was pitching in front of an advertisement sign that read, "Help is on the way."

Just when that help will be on the way has yet to be determined. Kershaw guessed his next step might be a minor league rehab assignment, but it will really depend on how he feels on Monday to determine the next phase of his rehab.

"The main thing is that he felt good. He was able to go through a full warmup and a full pen like he normally would before a game. It just kind of continues what we're doing," said manager Don Mattingly. "They're going to want him to be able to compete, not just go out there and throw four inning. We're going to follow the medical [staff], and where they go with it."

There are no plans for Kershaw to have any additional MRI exams or invasive tests, as long as he continues to progress pain free.

"As long as it doesn't hurt, I just keep going forward," Kershaw said.

Not to be lost in Kershaw's progress was that Ellis caught him, 12 days after arthroscopic surgery on his left knee to repair a torn meniscus. Mattingly focused on the lower end of the initial diagnosis that Ellis would be back within three to six weeks.

"A.J. looks good. He's been catching for a couple of days now and hitting on the field, moving forward a lot quicker than you would think," Mattingly said. "He's still having issues with the running part of it, so we're not quite there yet. I feel like they say three weeks for a reason, and we're at 10-11 days now. We're happy with where he is at right now."

With Kershaw throwing again at full effort, Mattingly was asked if he would miss using the word "submaximal," referring to Kershaw's initial rehab plan.

"We'll try to figure out another way to use that," Mattingly quipped. "A.J. will be on a submaximal running program."

Clayton Kershaw on DL with inflammation in upper back