The Dodgers ended their forgettable week 4½ games behind San Francisco in the National League West.

Share All sharing options for: Dodgers Week 7 review: Going through the motions

LOS ANGELES -- The Dodgers continued to limp along, losing a three-game series on the road to the Nationals, then dropping a four-game series at home to the rival Giants.

Dodger Batter of the Week:  Though sidelined for a few games after crashing into the outfield wall in Miami, Yasiel Puig ended his week with two home runs to share the team lead and hit .368 (7-for-19). Puig and the four starting outfielders had the top four OPS of the team during the week, as Matt Kemp, Carl Crawford and Andre Ethier all had productive weeks.

Dodger Pitcher of the Week: For the week, Clayton Kershaw struck out 18 and walked none. His home run allowed on Sunday left a bit of a sour taste, but he did pitch the game of the week for the staff on Tuesday in Washington with seven scoreless innings and nine strikeouts in his first time back after six weeks on the disabled list. 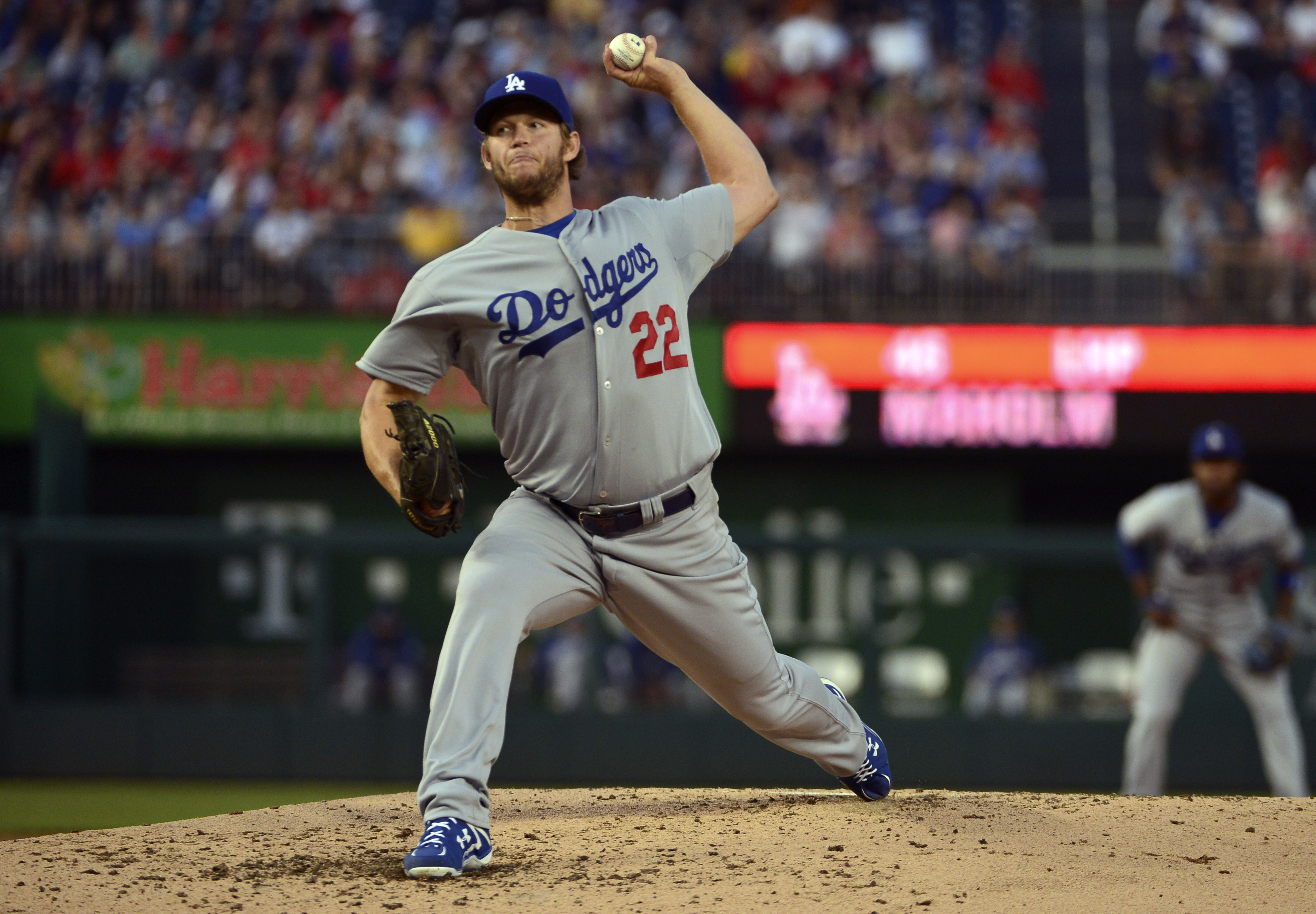 Dodgers left fielders for the week, mostly Carl Crawford (21 of the 29 plate appearances) were 13-for-26 (.500) with two doubles and three walks.

Miguel Olivo was 0-for-11 with eight strikeouts.

Dee Gordon reached base eight times during the week, but only six times with a base open in front of him. He still stole five bases in five attempts for the week.

Pedro Baez made his major league debut on Monday, pitching the eighth inning of a rain-filled contest against the Nationals. He was greeted with a single and a home run, but responded with a pair of strikeouts in his one inning of work.

Monday: After making a spot start last Sunday, Stephen Fife was optioned back to Triple-A Albuquerque, and the Dodgers recalled pitcher Pedro Baez from Double-A Chattanooga to give them an extra relief pitcher for one game.

Tuesday: The Dodgers activated ace Clayton Kershaw off the disabled list to start in Washington, and optioned Pedro Baez back to Chattanooga.

The Dodgers run the Greg Colbrunn gauntlet, with three at home against the Marlins then three in Phoenix against the Diamondbacks. Pitching matchups, especially in Arizona, are estimated.