Dodgers Week 8 review: What a waste

A winning week looked in the cards after Friday night, but an ugly weekend at Chase Field left a bad taste in the Dodgers' mouths.

Share All sharing options for: Dodgers Week 8 review: What a waste

After tiptoeing though the minefield of mediocrity for several weeks, the Dodgers now appear to be setting up camp in baseball purgatory. They did manage to win three of six games against the Marlins and Diamondbacks, but with a couple double-digit losses and two emergency pitching appearances in four days from backup catcher Drew Butera made this truly one of the more embarrassing .500 weeks in recent memory.

Dodger Batter of the Week: The Dodgers' most consistent hitter in May continued his hot streak, even though Yasiel Puig saw his 16-game hitting streak snapped on Sunday in Arizona. Puig hit three home runs and three doubles, knocking in 10. Honorable mention goes to Carl Crawford, who stayed hot with inconsistent playing time, hitting .400 (6-for-15) with a pair of home runs.

Crawford has a four-game hitting streak and has at least one hit in each of his last 10 starts.

Dodger Pitcher of the Week: On Friday in Arizona, Zack Greinke had one of the best starts by a Dodger this season, with eight scoreless innings. He beats out Josh Beckett, who pitched into the seventh inning and allowed only one unearned run on Tuesday against Miami, snapping a 14-start winless streak. 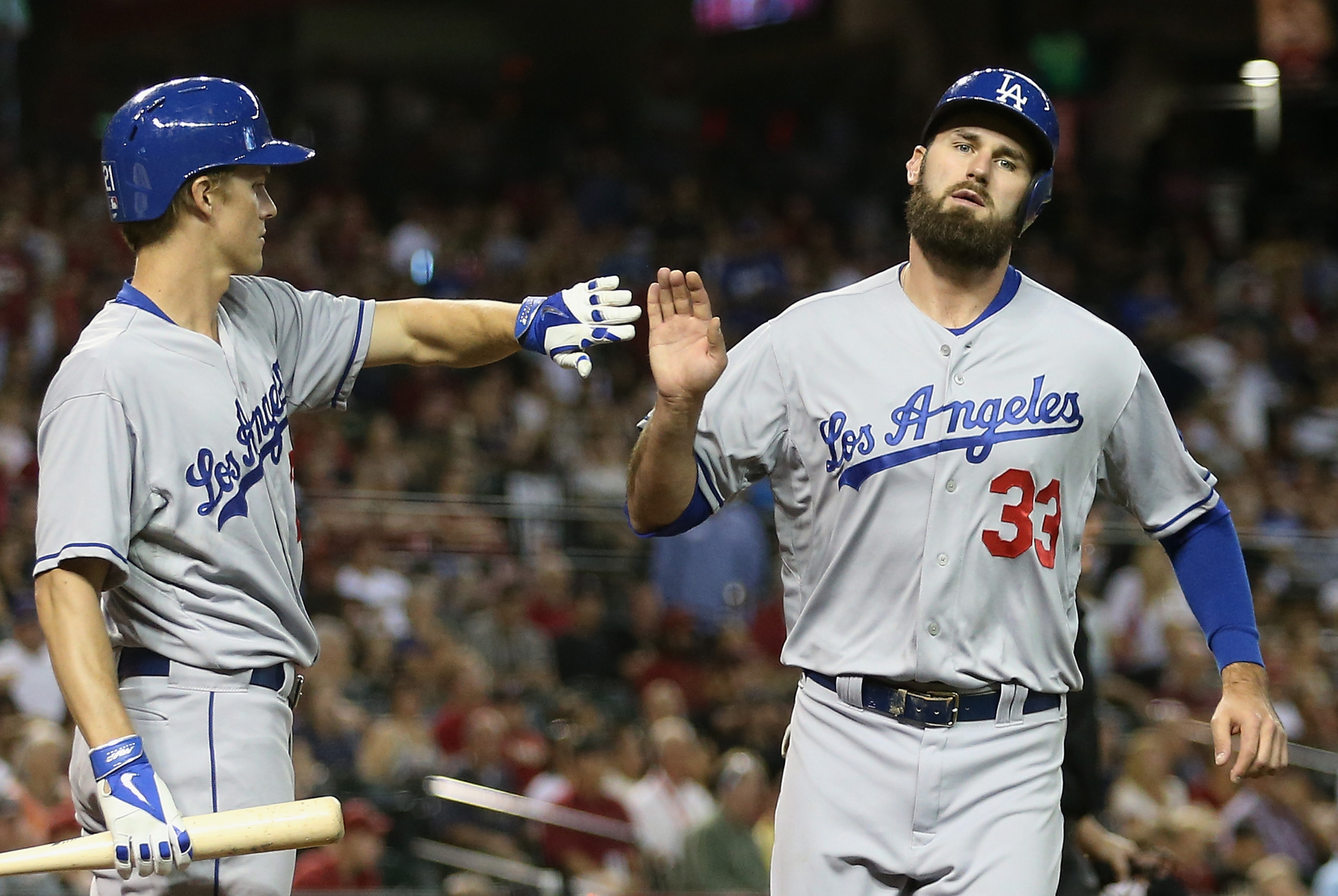 Dodgers left fielders were 9-for-26 (.346) with three home runs during the week and collectively have an eight-game hitting streak.

Puig with three home runs during the week has 28 career home runs in 143 games. The only Dodgers with more home runs in their first 162 career games were Frank Howard and Mike Piazza, each with 31.

Matt Kemp played in his 1,000th career game on Monday. Jon Weisman at Dodger Insider caught up with him about the milestone.

Both Kenley Jansen and J.P. Howell began last week tied for second in the majors in appearances, but were afforded a rare rest opportunity with four straight blowouts. Neither one has pitched since last Monday.

Wednesday: After missing 33 games after surgery to repair a torn meniscus in his left knee, A.J. Ellis was activated from the disabled list, with catcher Miguel Olivo optioned back to Triple-A Albuquerque.