Steve Cilladi made it to the major leagues five years after getting drafted, just in a different way than he originally thought.

Share All sharing options for: Steve Cilladi seized his opportunity with Dodgers

The Dodgers have a new face in their bullpen in 2014, but he's not a pitcher. Steve Cilladi, 27, is one of the bullpen catchers, and is really a jack of all trades in his first year as a major league coach.

The 22-year-old started off with the Arizona Rookie League Dodgers and played 14 games in 2009, going 5-for-41 at the plate in his first professional stop. He also got a September promotion to Class-A Rancho Cucamonga, and was 0-for-1 in his one game as the backup catcher.

Those 15 games played would be a career high for Cilladi.

"I never really had the talent to make it to the big leagues, and I understood that after my first year," Cilladi recaled. "I just made the conscious effort to take this wherever it leads me, and just gain the valuable experience of being a minor league player and see if it turns into something afterwards."

Cilladi played sparingly in 2010 in the Arizona Rookie League, and did so again in 2011 with Class-A Great Lakes, catching a total of 21 games and amassing 58 plate appearances in those two years.

"After the second year (2010) I made the conscious decision to keep going. Doing something like this was something that I wanted to do, so I actually made a decision about this four years ago," Cilladi said. "I decided to hang in there, do the phantom DL stuff and catch pens in the minor leagues, and just keep working through it, seeing if an opportunity arose."

Through 2011 Cilladi had a total of 105 plate appearances in three years as a minor leaguer, hitting just .181/.252/.269. The reality of not making the big leagues was tough to take, but the easy-going Cilladi took it in stride.

"There was a little bit of disappointment. That's why you play, you want to make it to the top as a player," Cilladi said. "But it was less than what other people might feel just because I had a better understanding of it and comprehended and accepted it really well.

"There's always opportunity in adversity. There is opportunity no matter what the situation is, and adversity seems to bring out most of those opportunities."

Those opportunities came with Triple-A Albuquerque and manager Lorenzo Bundy, first in 2012 then more as a coach in 2013.

"Steven is a great kid, he's really focused. He'll do anything he can to help you out. If the guys needed extra batting practice or take throws from Dee or do early work with the infielders, he was always there," said Bundy, now the third base coach for the Dodgers. "He is a very conscientious person. He's one of my favorites." 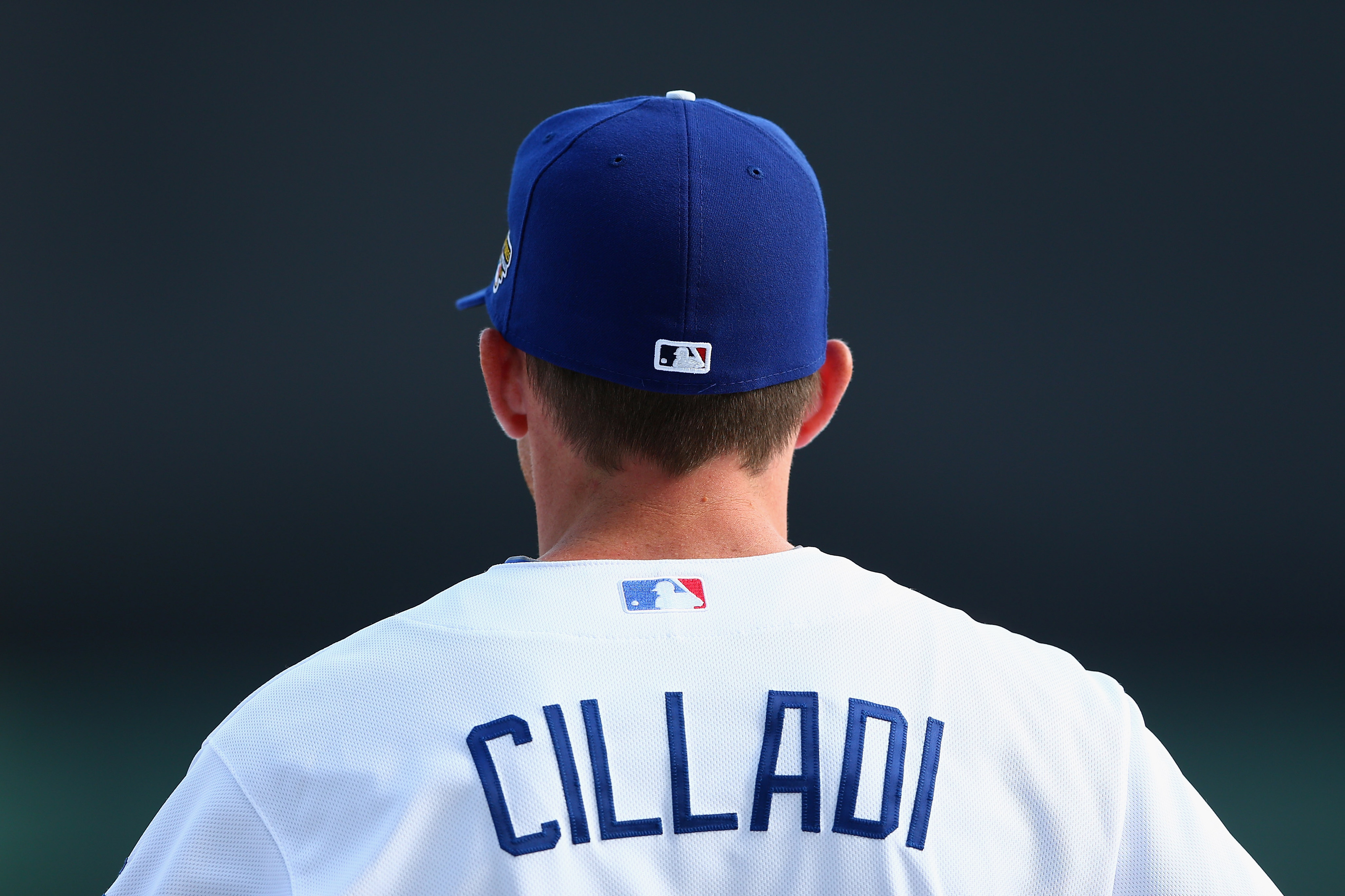 "Whatever they need me to do, I'll do," Cilladi says.

One of those things that Albuquerque needed him to do was catch, on July 14 in Iowa, in the final game before the All-Star break. Cilladi started behind the plate, and finished it there too, five hours and a minute later. Cilladi caught all 18 innings of the longest game in Isotopes franchise history.

It was the final game of Cilladi's playing career.

"He saved me a lot of wear and tear on my arm," Bundy said.

"There's always opportunity in adversity. There is opportunity no matter what the situation is, and adversity seems to bring out most of those opportunities." -Steve Cilladi

Bundy in many ways was the perfect mentor for Cilladi's transition into coaching. Bundy spent eight seasons playing in the minors in the Rangers, Pirates and Expos systems before becoming a minor league instructor with Montreal in 1990, at age 30. John Boles was the minor league director for the Expos in Bundy's final year as a player, in 1989.

"He broke me in early as a player/coach, but I never got to play. For me, it was the perfect time," Bundy remembered. "I probably could have played three or four more years, bounced around, hung around and played in the Mexican summer league."

Bundy also managed Cilladi in the Arizona Rookie League in 2010. Now with Bundy coaching third base for the Dodgers, Cilladi has a familiar face on the coaching staff.

"It was comforting," Cilladi said. "It's not like getting injected into another organization."

Despite being younger than 27 players on the Dodgers' 40-man roster, the unassuming Cilladi takes it in stride, as he does just about everything else.

"If I'm going to be worried about that, I'm probably not going to do my job very well. I take it upon myself to be the same person that I was that got me here, and act like I belong," Cilladi said. "It comes with listening and learning and keeping my mouth shut."

Getting the call to the majors as a player can be a life-changing moment, but for a coach that's not always the case. Don Mattingly when he broke the news to Cilladi that he made the coaching staff in spring training used a more practical approach, making sure he spoke with club traveling secretary Scott Akasaki to make the necessary living arrangements.

"It was more like 'Have you talked to Scott? You need to talk to Scott about getting a place and figuring out what you're going to do'," Mattingly said.

But it was still a milestone moment for Cilladi.

"It was satisfying to know that the hard work I put in the minor leagues was noticed," Cilladi said. "That's what I felt the most proud of, not necessarily just getting to the big leagues, but that I took advantage of the opportunity that I saw."