The first no-hitter by a Dodger in 18 years gave the Dodgers a great end to a winning week.

Josh Beckett provided one of the greatest getaway day performances possible on Sunday, ending the Dodgers week on a high note. The club took two of three games on the road against both the Mets and Phillies, giving the Dodgers just their second winning week in the last six weeks.

Last week was the first time all season the Dodgers won two series in the same week.

It was a rough week to be a Dodgers infielder. The team lost its starting third baseman, Juan Uribe, to a hamstring injury, it lost its red hot Triple-A infielder Alex Guerrero because a teammate bit off part of his ear, then starting shortstop Hanley Ramirez was sidelined for the weekend with left calf soreness.

The infielders when they did play, including shortstop Erisbel Arruebarruena making his major league debut, combined to hit just .263/.330/.484 with five home runs during the week, so it wasn't all bad.

Not that the outfield was any more stable. Matt Kemp, suffering through the worst defensive stretch of his career, was benched for three games as the team tries to figure out how to cover center field.

Dodger Batter of the Week: We should probably just start calling this the Yasiel Puig award. He had four multi-hit games during the week, hitting .522 (12-for-23) with five extra-base hits, and extended his streak of reaching base to 26 straight games, hitting .413/.504/.750 during that span.

Honorable mention goes to Justin Turner, who filled in at third base for an injured Uribe with two home runs.

Dodger Pitcher of the Week: The only man to make two starts during the week also made the best start. Josh Beckett threw the 21st no-hitter in Dodgers history on Sunday against the Phillies, and the first for the franchise in 18 seasons. The right-hander has won three straight games and is now second on the team with a 2.43 ERA.

Honorable mention goes to Clayton Kershaw, who had a no-hitter of his own through three innings on Friday before interrupted by rain. After a 43-minute delay, he settled for six scoreless innings with two hits allowed and nine strikeouts. 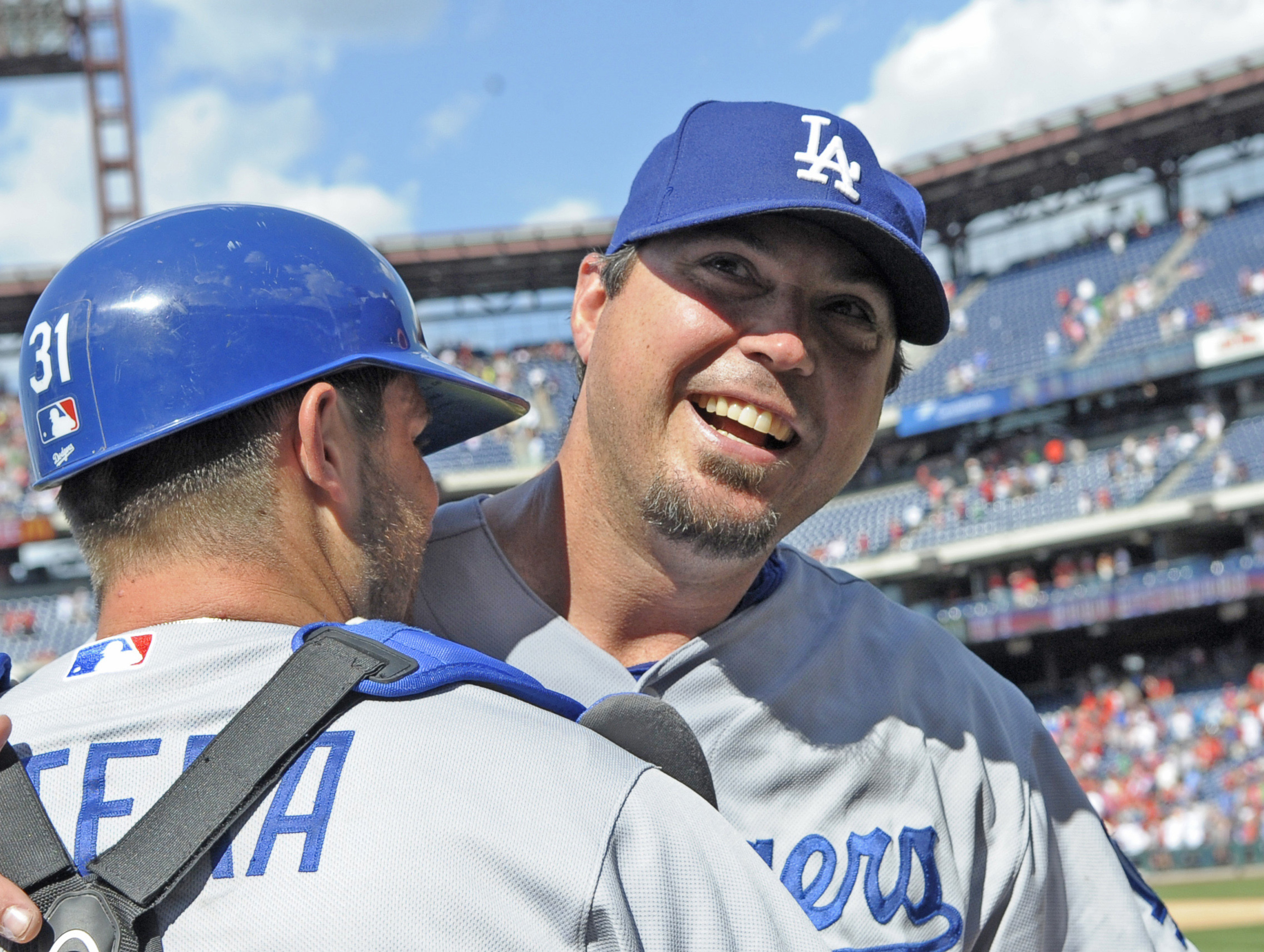 In one of the most bizarre incidents in recent memory, Triple-A Albuquerque teammates Alex Guerrero and Miguel Olivo got into an argument during Tuesday's game in Salt Lake, one that escalated into a dugout brawl ending with Olivo biting off a significant portion of Guerrero's ear. To add insult to injury, Juan Uribe strained his hamstring later that night, leaving the Dodgers' already thin infield depth even more vulnerable.

Guerrero was on fire at the plate in Triple-A, hitting .376/.417/.735 with 10 home runs and 19 extra-base hits in 33 games. He was just beginning to play shortstop and was going to soon at third base to his second base duties in an attempt to bring his bat up to the major league club, but now remains sidelined after surgery to repair the ear. 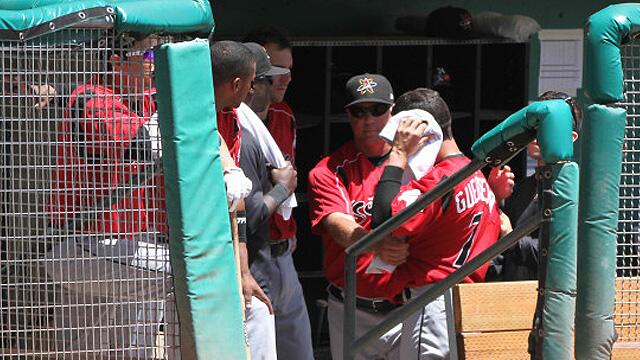 Wednesday: Third baseman Juan Uribe aggravated his right hamstring strain and was placed on the 15-day disabled list. To take his place on the roster the Dodgers recalled shortstop Erisbel Arruebarrena from Double-A Chattanooga.

Wednesday: After missing 3½ weeks with left shoulder inflammation, Hyun-jin Ryu was activated from the disabled list to start against the Mets. Because he was the only pitcher with minor league options remaining, Chris Withrow was optioned to Triple-A Albuquerque.

The Dodgers run the Gary Redus gauntlet, coming back home for a 1970, 1972, 1975, 1979, and 1990 NLCS tour with three games against the Reds followed by four with the Pirates, culminating in a weekend games that can be seen in Los Angeles, Saturday on Fox and ESPN Sunday Night Baseball.