A.J. Ellis on DL after ankle sprain during no-hitter celebration

Share All sharing options for: A.J. Ellis on DL after ankle sprain during no-hitter celebration

LOS ANGELES -- Dodgers catcher A.J. Ellis, less than two weeks after returning from surgery to repair a torn meniscus in his left knee, is back on the 15-day disabled list. The team placed Ellis on the DL this time with a sprained right ankle, suffered during one of the worst possible circumstances.

Ellis jumped up and landed on Drew Butera's discarded catcher's gear during the celebration, he said.

Ellis, who missed 34 games after knee surgery, said he "severely" sprained his right ankle, per J.P. Hoornstra of the LA Daily News, and that he would visit team physician Dr. Neal ElAttrache at some point on Monday.

This photo from Sunday, during the celebration of Josh Beckett's no-hitter, appears to capture the point just before Ellis landed on Butera's catching mask. 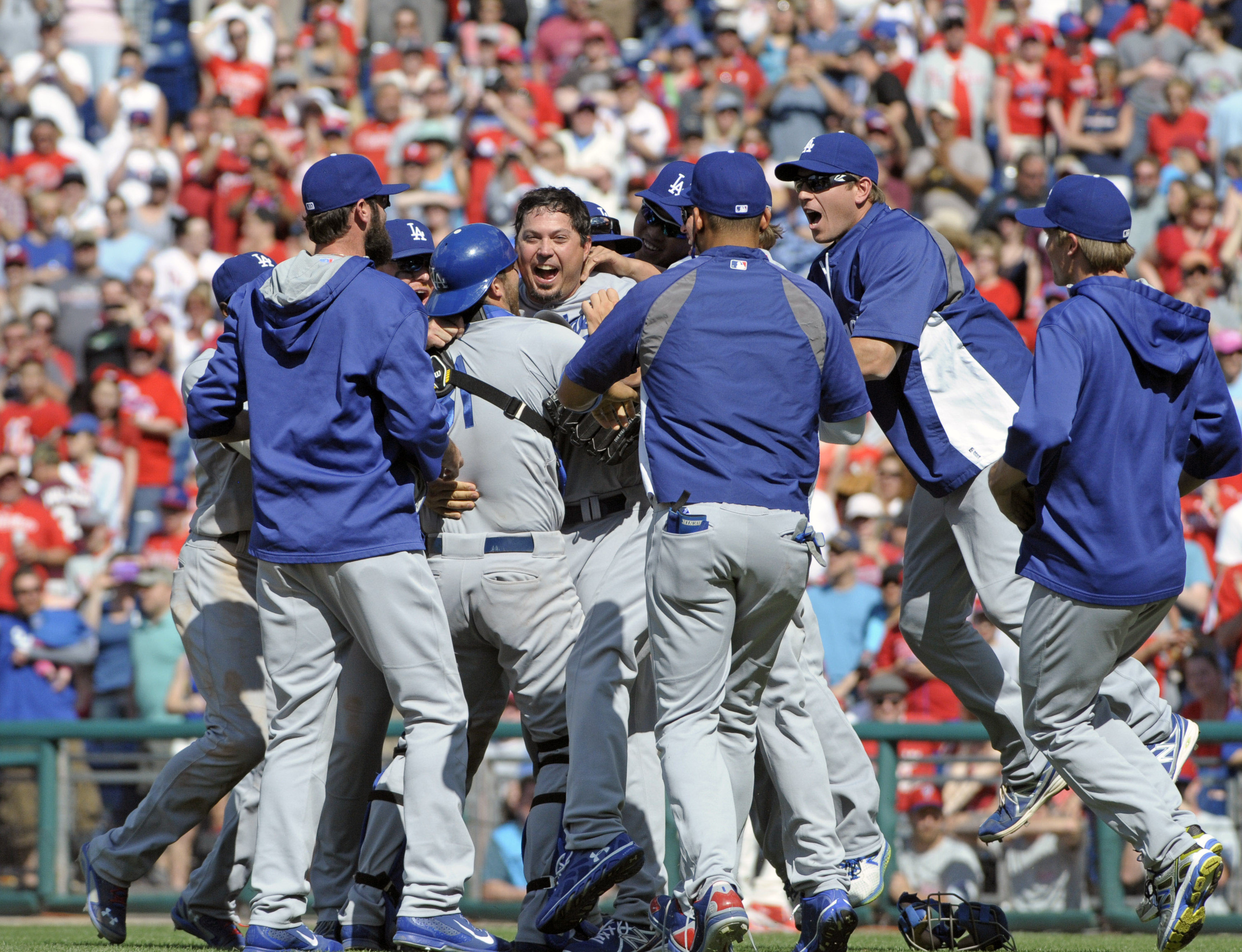 Drew Butera gets the start behind the plate on Monday against the Reds. The club recalled catcher Tim Federowicz from Triple-A Albuquerque to take Ellis' spot on the roster.