Another three-game winning streak that never grew to see four.

The Dodgers were dominated by Johnny Cueto on Wednesday in a 5-0 loss to the Reds in Cincinnati. The loss snapped the Dodgers' three-game winning streak, the fourth time this season they failed to extend a winning streak to four games.

Hyun-Jin Ryu had only issued 12 unintentional walks in 11 starts this season, including more than one in a game just three times. So when he walked Billy Hamilton and Todd Frazier with two outs in the third inning, that spelled trouble, especially with Joey Votto due up.

Ryu paid the price for the two-out walks when Votto slashed a line drive double down the line in left field, giving Cincinnati a 2-0 lead. Brandon Phillips extended the inning with a soft single to right, bringing home Votto for a 3-0 lead that must have seemed like a 10-run deficit with Cueto on the mound.

Cueto faced the minimum 15 batters through five innings, with 10 strikeouts, including five in a row. The only runner to reach base was Dee Gordon with a fourth-inning single, and Cueto promptly picked him off first base with a terrific move.

Down three runs, the Dodgers pieced together a pair of singles against Cueto to bring the tying run to the plate in the sixth inning, but two more strikeouts and a soft liner ended that threat.

It was also the end of the night for Cueto, who matched his career high with 12 strikeouts but needed 112 pitches in six innings to do so.

Jay Bruce crushed a no-doubt home run halfway up the seats in right center field in the sixth inning for a 4-0 Cincinnati advantage, but the Dodgers were still able to rally against Not Cueto in the top of the seventh.

A double by Adrian Gonzalez followed by a walk and a single loaded the bases with one out against relievers Logan Ondrusek and Manny Parra. Hanley Ramirez, who was a late scratch with irritation in the A-C joint of his right shoulder, was summoned to pinch hit for Miguel Rojas, giving the Dodgers another shot with the tying run at the plate.

It did not work out.

Facing former Dodgers closer Jonathan Broxton, Ramirez hit a grounder to shortstop for an inning-ending double play. He didn't stay in the game either, as the shoulder injury bothers Ramirez more while fielding than while hitting. Justin Turner entered the game at third, with Chone Figgins shifting to shortstop. 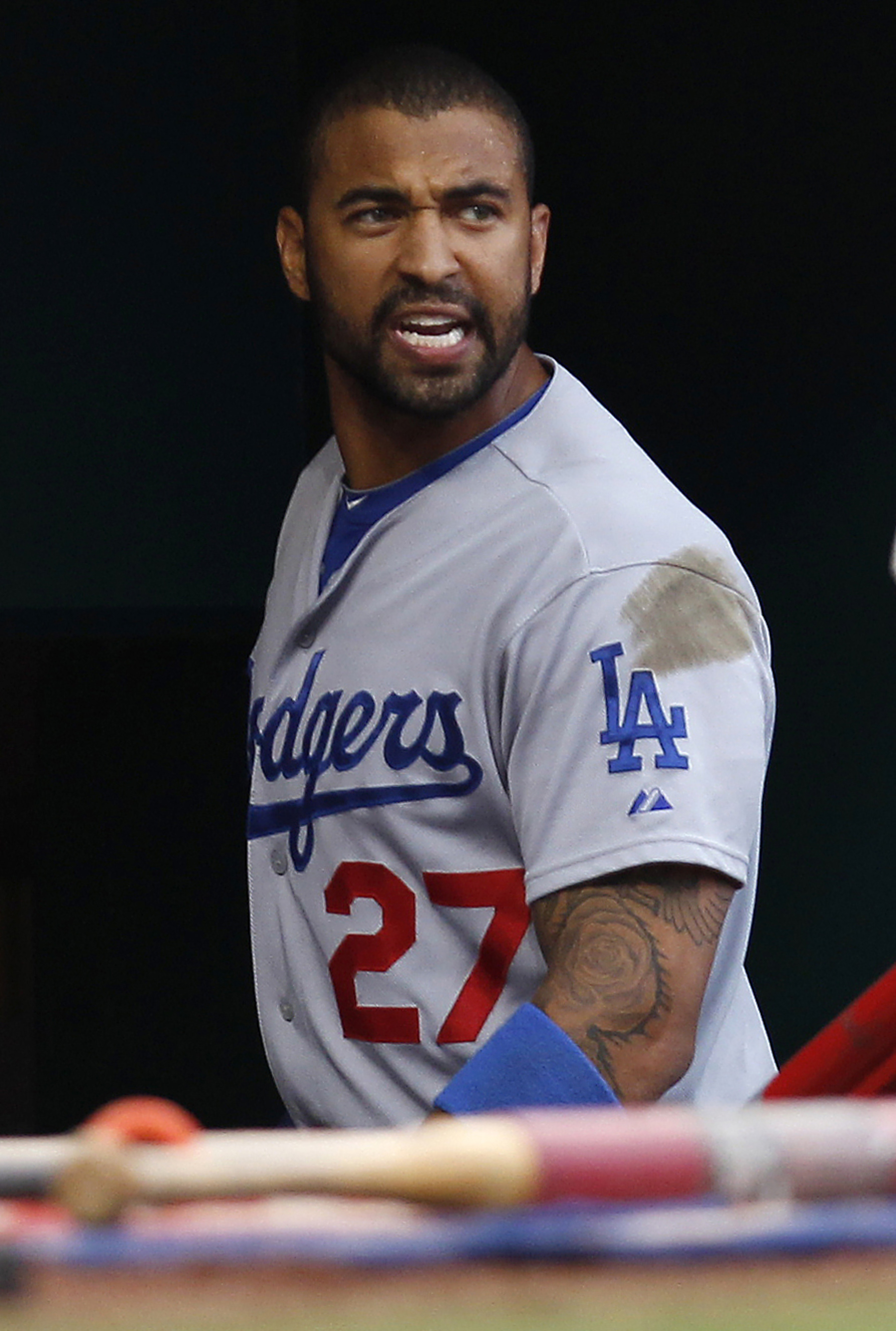 Yasiel Puig was nearly ejected in the first inning, also unhappy with Buckminster after striking out. Puig argued demonstratively at home plate after the inning ended and had to be restrained by first base coach Davey Lopes.

Gonzalez's 12 plate appearances over his last three games have been feast or famine: three doubles, eight strikeouts, one walk.

The Dodgers go for the series win over breakfast on Thursday morning (a 9:35 a.m. PT start), with Zack Greinke on the mound against Alfredo Simon for Cincinnati.