Justin Turner only started three games during the week but still managed to wreak plenty of havoc.

The Dodgers technically did have a winning week at 4-3, nothing to sneeze at since it was just their third winning week in the last nine. But in many ways the week was a microcosm of the Dodgers' season, with great starts against the Reds and Diamondbacks, only to fall flat at the end of each series.

The silver lining of the 4-3 week for the Dodgers was gaining three games on San Francisco, a team that might not win 110 games after all.

Dodger Batter of the Week: Calf tightness prevented him from starting during the weekend, but that didn't stop Justin Turner from tying for the team lead during the week in hits (eight) and RBI (four). Turner hit .571 (8-for-14) and has a seven-game hitting streak. He narrowly beat out Matt Kemp, who hit .364 with a home run, a double and five walks; and Scott Van Slyke, who hit .400 and had a career day on Monday with two home runs in Cincinnati.

Dodger Pitcher of the Week: Even though he took the loss on Sunday, Josh Beckett had another very good week. He struck out 13 and walked only one, getting the nod over Clayton Kershaw by virtue of having an extra start. 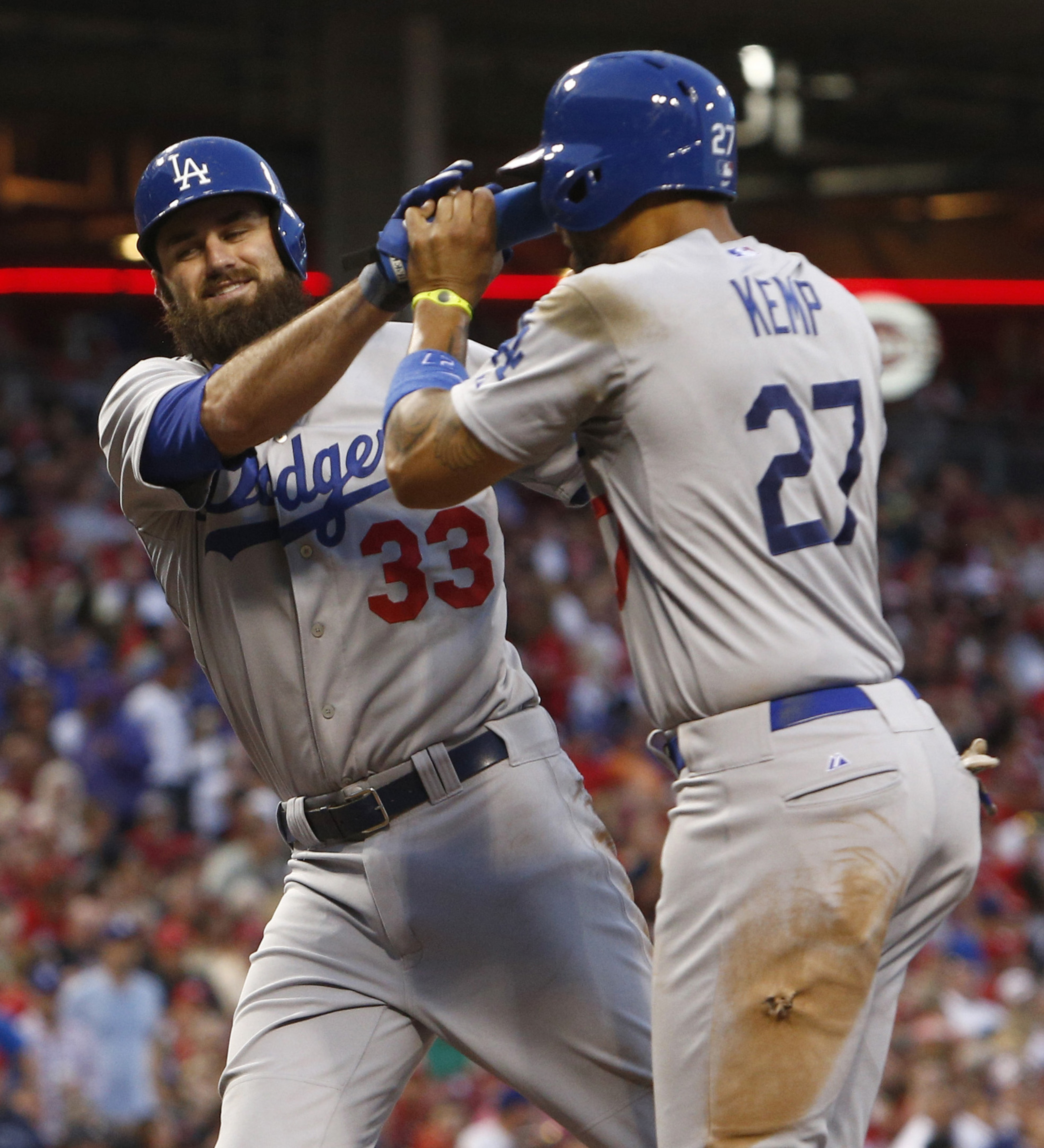 A.J. Ellis was 2-for-4 with three walks after returning this week from the disabled list, and has walked in four straight games. He has reached base via hit or walk in nine straight games, with a .500 on-base percentage during that span.

Friday: After missing 17 games with a sprained right ankle, catcher A.J. Ellis was activated from the disabled list, with catcher Tim Federowicz getting optioned to Triple-A Albuquerque.

Saturday: Veteran utility man Chone Figgins was placed on the 15-day disabled list with a strained left quad, and infielder Carlos Triunfel was recalled from Triple-A to take his spot on the bench.

The Dodgers run the Jerald Clark gauntlet, finishing up the homestand with Colorado, then hitting the road in San Diego.