LOS ANGELES -- In a week of games against the "Show Me" state, the Dodgers showed a little something winning two more series, including three of four games at home in an NLCS rematch against the Cardinals, allowing all of four runs in four games.

Three weeks ago the Dodgers trailed San Francisco by 9½ games. They sliced three games off two weeks ago, lopped 2½ more games off the deficit from June 16-22, and completely closed the gap by gaining four games in the last week. The Dodgers took 21 days to erase a 9½-game deficit, five days faster than the Dodgers' sublime turnaround one year ago. 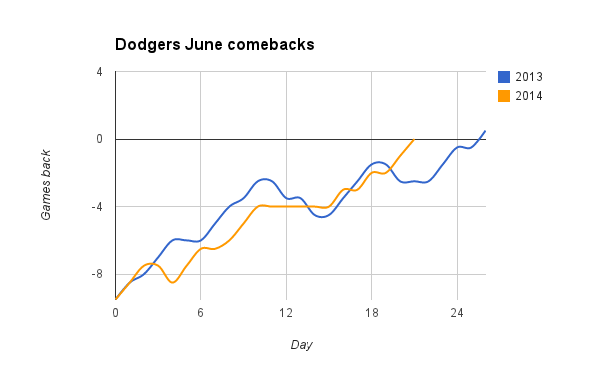 Dodger Batter of the Week: Second baseman Dee Gordon was on fire, hitting nearly .500 (13-for-27) while making an All-Star push. Gordon hit one triple and nearly hit two more, settling for doubles in both cases. The only negative side of the ledger was getting caught in two of three stolen base attempts. 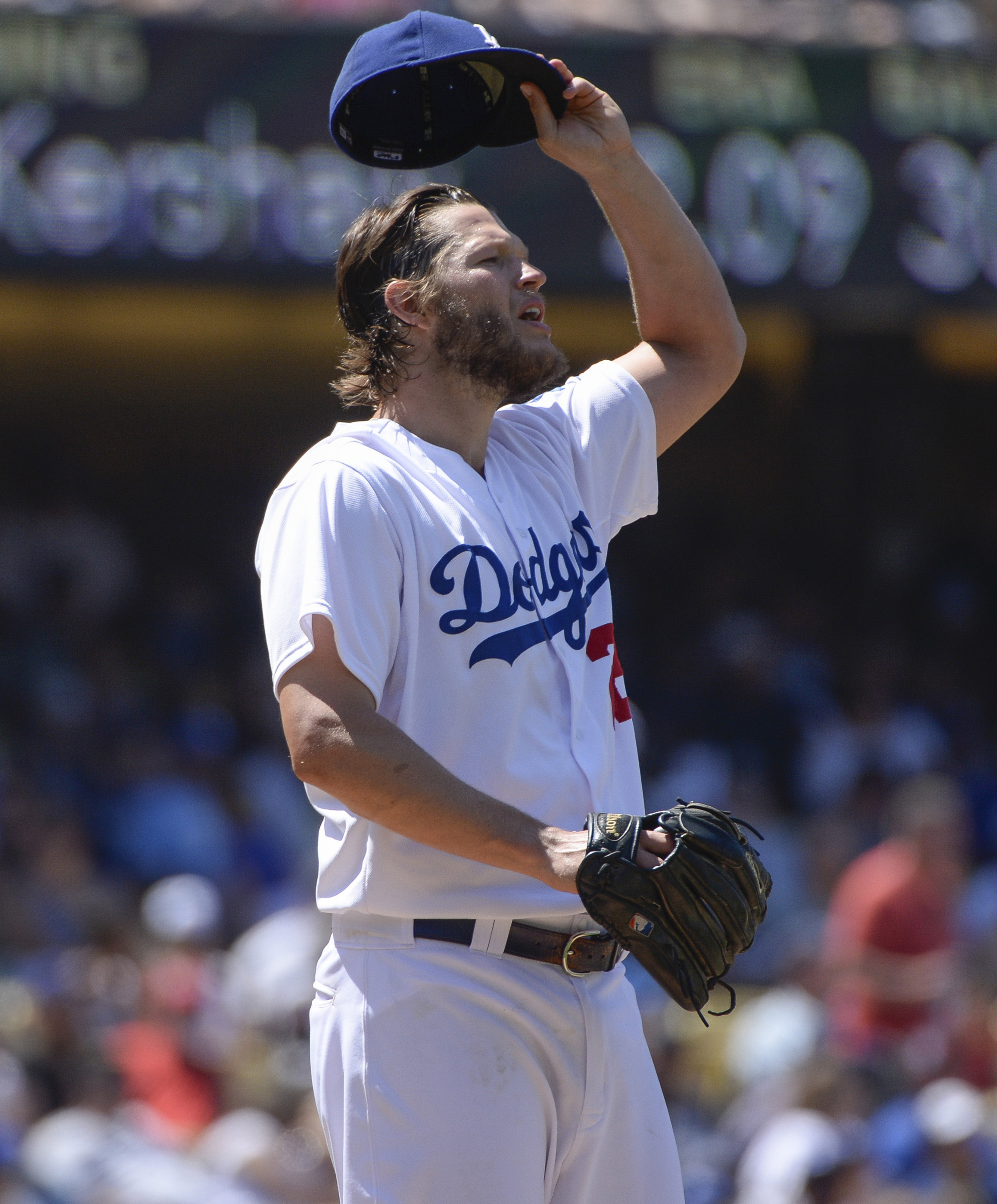 Twelve different Dodgers pitched during the week, and only three of them allowed runs.

On Wednesday in Kansas City, with closer Kenley Jansen unavailable after pitching in four of the previous five days, Brian Wilson pitched a scoreless ninth to preserve a one-run lead over the Royals, the first save for Wilson since April 12, 2012.

Wednesday: First baseman Clint Robinson was called up from Triple-A Albuquerque as the Dodgers shifted to a more left-handed bench. Corner man Jamie Romak was designated for assignment.

Thursday: Third baseman Juan Uribe was activated from the disabled list after missing 34 games with a right hamstring strain, and infielder Carlos Triunfel was optioned to Triple-A Albuquerque.

Sunday: Infielder Justin Turner was placed on the 15-day disabled list with a strained left hamstring, with Carlos Triunfel recalled from Albuquerque.

The Dodgers run the Alex Cole gauntlet, with three games at home against the Indians followed by four games in Denver against the Rockies.