The Dodgers had an up and down week, dropping a home series against the White Sox then manager Don Mattingly showed his frustration with the team's middling season, and said the team was playing "shitty."

The Dodgers responded with two weekend wins in Colorado for a .500 week.

Dodger Batter of the Week: He was sidelined Sunday with a bum hip, but Dee Gordon hit a pair of triples, stole a couple bases and tied for the team lead in RBI.

Dodger Pitcher of the Week: He was the only pitcher to make two starts, and Clayton Kershaw was great with 18 strikeouts and no walks, allowing three total runs. 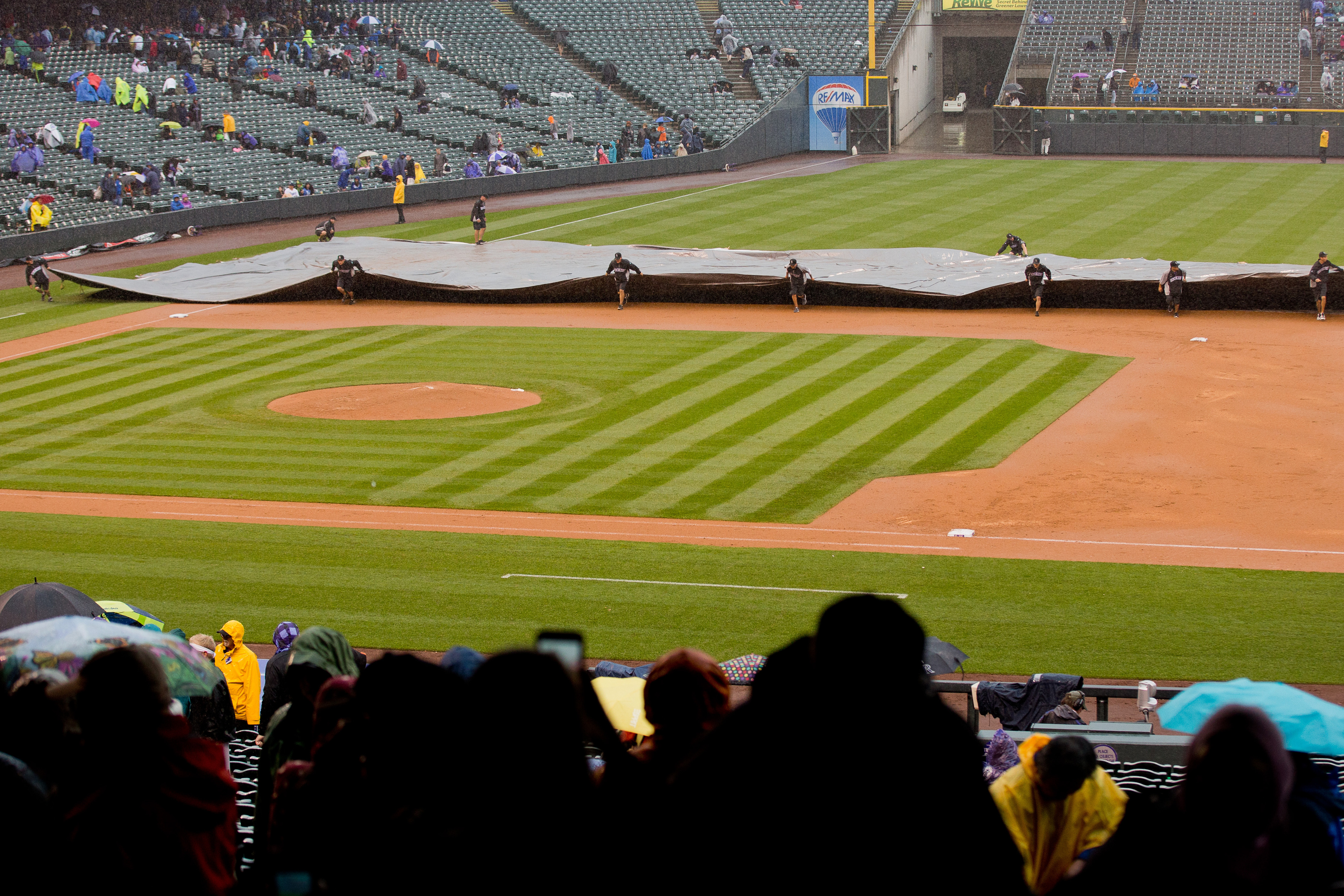 The Dodgers had their first rain-shortened game in 10 years, but in five innings packed in six runs, nine Kershaw strikeouts and Hanley hitting the ball to the moon. (Photo: Justin Edmonds | Getty Images).

Adrian Gonzalez is in an 0-for-20 slump.

Jamey Wright pitched one inning last week and retired all three batters he faced. He has retired eight straight batters and 21 out of his last 22, dating back to May 17.

Friday: After limited to two games in a nine-game span, shortstop Erisbel Arruebarrena was optioned to Triple-A so he could play every day. Infielder Miguel Rojas was called up Triple-A, and to make room on the 40-man roster reliever Chris Withrow was transferred to the 60-day disabled list.

The Dodgers run the Kelly Stinnett gauntlet, with four road games in Cincinnati followed by three games back home against Arizona.