The Dodgers rode a bit of a roller coaster last week. After opening the week with a five-run first inning in Detroit, the Dodgers were wiped out in a pair of games by the Tigers. But once they returned home, the Dodgers beat the Padres in three of four games to salvage a .500 week, including three one-run victories over San Diego.

After that five-run opening inning the Dodgers scored eight runs in their final 50 innings of the week.

But the end result is the Dodgers atop the National League West by a game, and are owners of the best record (54-43) in a tightly-bunched National League.

Dodger Batter of the Week: There wasn't much offense during the week, but Yasiel Puig stood out. He hit .333 (7-for-21) and had five of the Dodgers' 11 extra-base hits during the week.

Dodger Pitcher of the Week: His scoreless streak is over, but a complete-game win gives Clayton Kershaw the award yet again. Kershaw struck out 11, his third straight double-digit strikeout game at home. Honorable mention goes to Paul Maholm, who pitched mop-up duty on Tuesday but came back three days later to retire 18 of 20 batters faced in a win over the Padres. 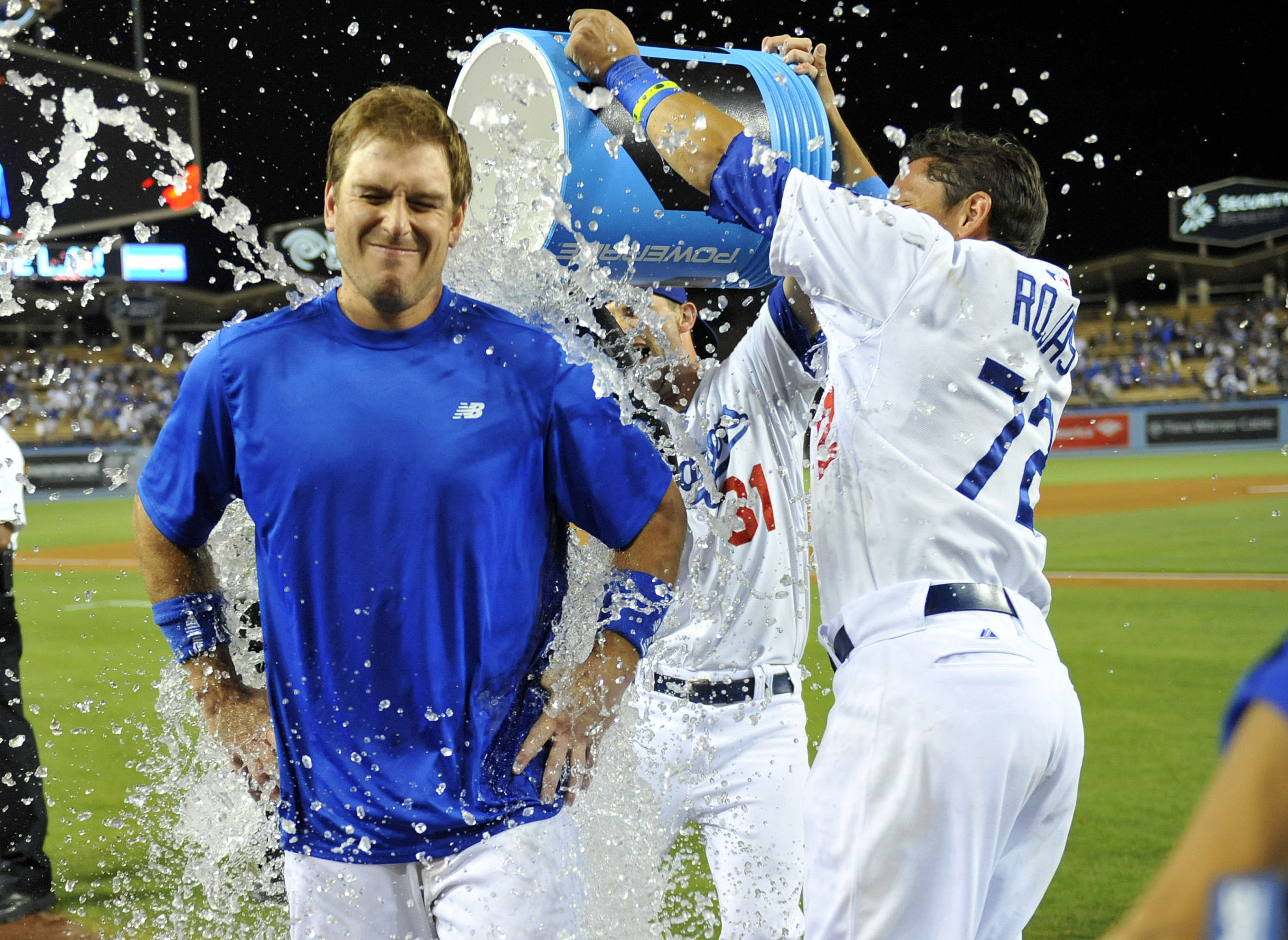 The Dodgers beat the Padres 1-0 on back-to-back days on Saturday and Sunday, their first back-to-back 1-0 wins since July 8-9, 2011, also against San Diego at Dodger Stadium.

Miguel Rojas only had two hits during the week, but one was a home run, the Dodgers' only run in Wednesday's loss in Detroit. It was Rojas' first major league home run.

Tuesday: Josh Beckett was placed on the 15-day disabled list, retroactive to Monday, with a left hip impingement. The Dodgers added to their bullpen for the time being, recalling Pedro Baez from Triple-A Albuquerque.

Thursday: After missing 40 games with a sprained left ankle, Carl Crawford was activated from the disabled list. First baseman Clint Robinson was designated for assignment.

Sunday: After their win over the Padres, the Dodgers optioned Pedro Baez to Triple-A Albuquerque.

The Dodgers run the Tom Brunansky gauntlet, with four players in Minnesota for All-Star festivities, followed by three games in St. Louis. This week is one of the most TV-friendly weeks to watch the Dodgers all season.