ALBUQUERQUE -- Carlos Triunfel helped Sacramento's tying rally in the seventh inning with a defensive miscue, but made up for it with the game-winning home run in the eighth in the Isotopes' 8-7 win over the River Cats before 12,579 at Isotopes Park on Saturday night.

With a 7-5 lead and runners on the corners in the seventh, Jake Elmore hit a two-out grounder to Triunfel at shortstop. Triunfel took long to field the ball, then threw too late to second base allowing a run to score. Sacramento tied the game on the next play.

"I thought Carlos laid back on a ball that's a routine ground ball, and had to force a hurried throw somewhere. It probably would have been close at first," manager Damon Berryhill said. "The proper play is to come get that ball and it's an easy play. It kept that rally going for them. ... He came through in the end, but we can't especially in this ballpark, we can't have defensive lapses on the defensive end."

Triunfel was 1-for-4 in his first game back after getting optioned to Triple-A by the Dodgers on Friday.

"He's had an outstanding year all season. He's really improved against left-handers. He's leading the league in walks. He's been a patient hitter, especially against left-handers," Berryhill said. "He had the injury, but he's settled back in and has that timing going. His approach has been solid."

Pederson, who also has 24 stolen bases, needs one home run for the first 20-20 season by a Dodger in Triple-A since Antonio Perez, who has 22 homers and 22 steals with Las Vegas in 2004.

The only two runners to reach base against Red Patterson in the first three innings did so via error, and they were erased trying to steal and on a double play. Patterson ended up only giving up hits in two different innings, the fourth and seventh. But he gave up six runs in his six-plus innings, striking out four with a pair of walks. One of those runs came off the bat of Daric Barton, who took his time running around the bases, possibly upset about a hit by pitch earlier.

Patterson and Barton were jawing back and forth with one another as Barton rounded the bases. Both benches emptied but nothing really happened other than both benches getting warned. 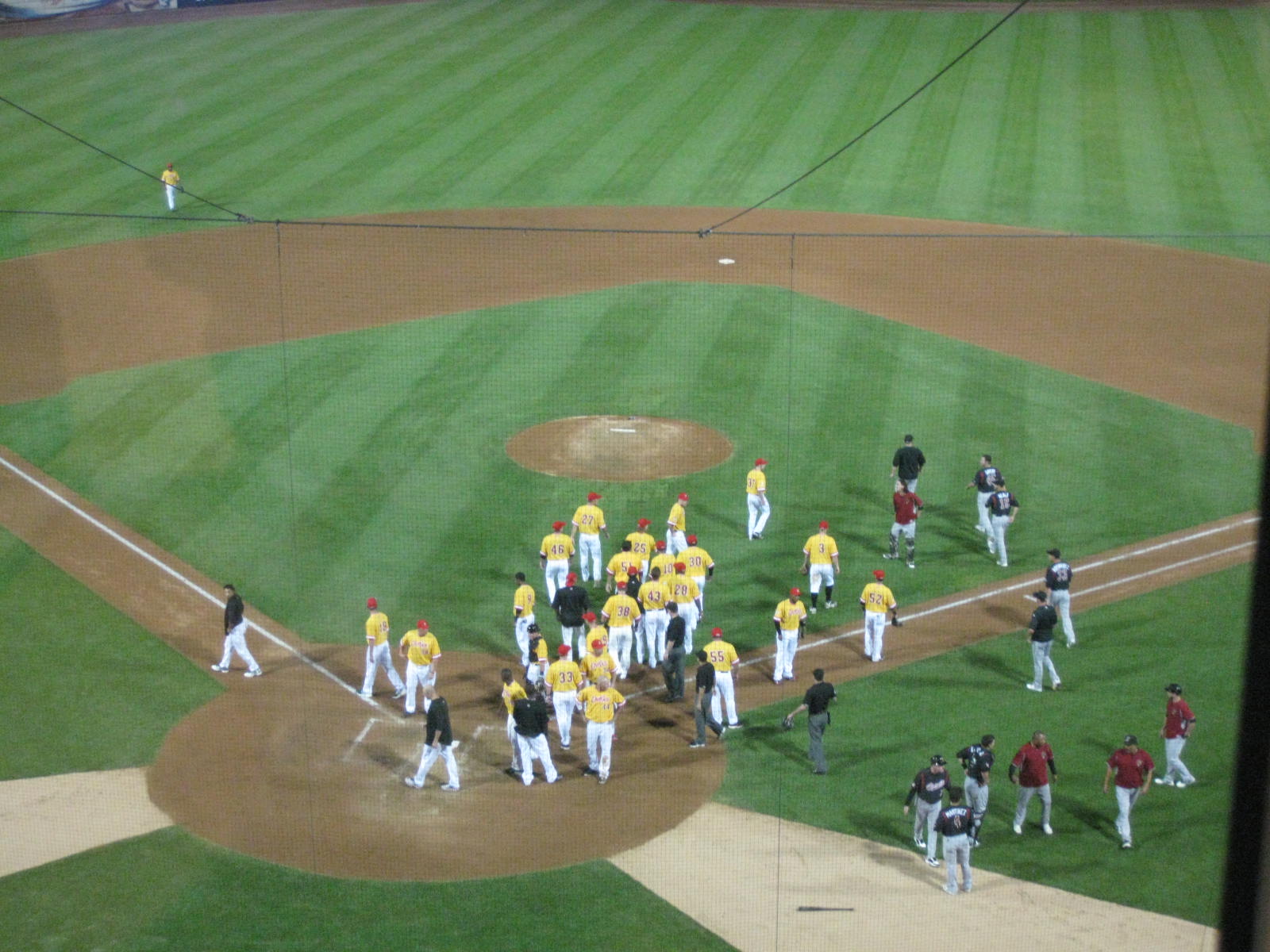 River Cats shortstop Jake Elmore tried to steal second base in the first but was thrown out by catcher Tim Federowicz to end the inning. It was the fifth straight caught stealing for Federowicz, who has thrown out 44.7 percent (17 for 38) of potential base stealers this season for the Isotopes.

Figgins on the mend

Dodgers utility man Chone Figgins was 2-for-3 with a walk and three runs scored and played seven innings in left field on Saturday night. Figgins also threw out a runner trying to advance to third base in the seventh inning. In three games so far on his rehab assignment, Figgins is 3-for-7 with four walks and six runs scored. He is expected to be the designated hitter on Sunday night.

Stephen Fife, who left Friday in the fourth inning, was placed on the seven-day disabled list on Saturday with right forearm stiffness, the same injury that caused the right-hander to miss over six weeks in May and June.

"It's the same spot [in the arm]. It's kind of a precautionary DL," Berryhill said Saturday night. "We just didn't want to push it. We'll make sure he keeps getting treatment, and try and get that soreness out of there."

Right-handed pitcher Steve Smith was activated from the disabled list in a corresponding move.