The Dodgers, along with the 29 other major league clubs, will wear special caps for the All-Star Game this year at Target Field in Minnesota. 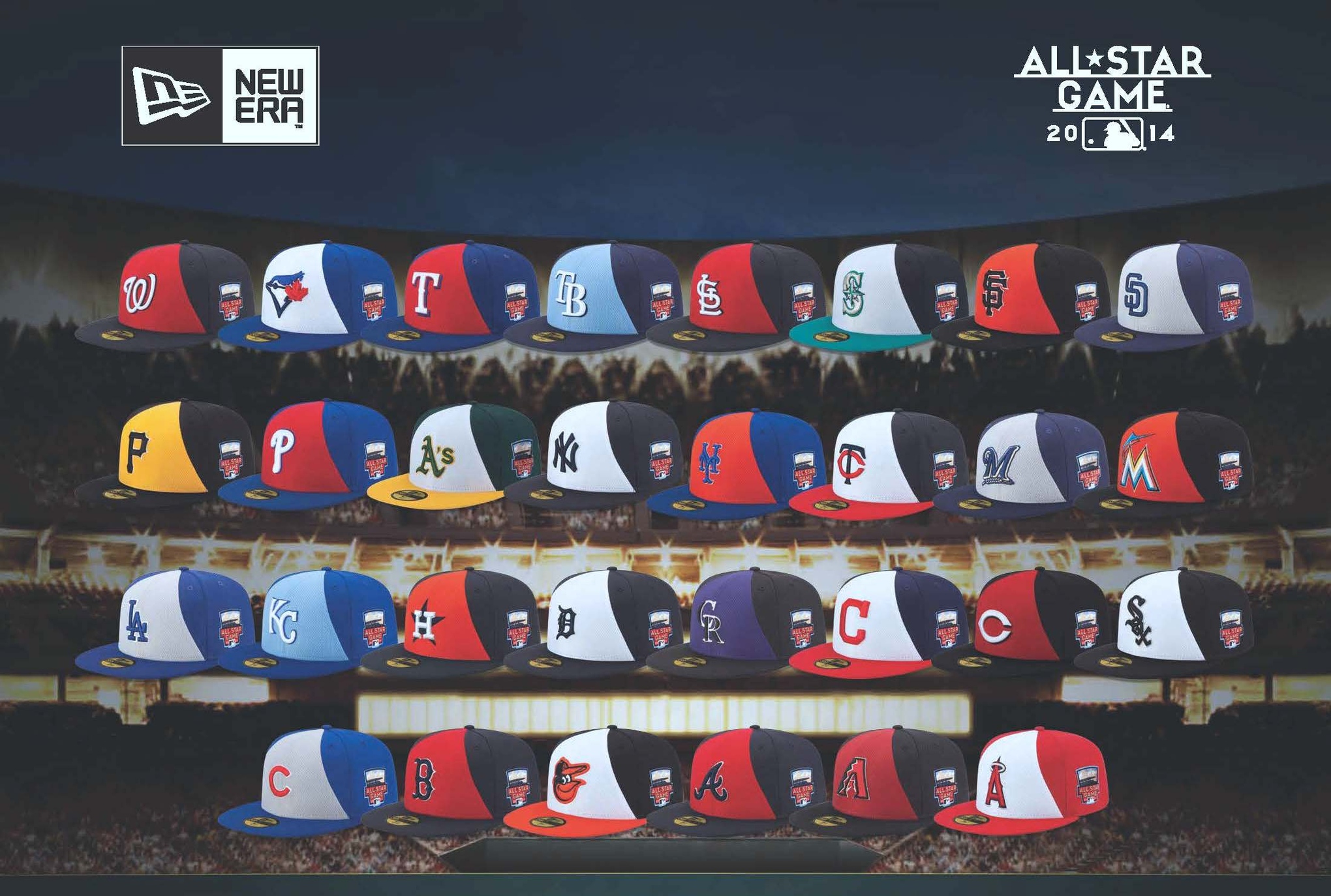 The design features an All-Star patch on the side, and multiple colors, with a different front and back. I have long been a proponent of the standard blue Dodgers cap, with little to no variation, but at least these different caps have Dodger blue instead of the red and dark blue of the Stars & Stripes July 4 cap.

The different color front and back of these caps remind me mostly of the classic lower-case-a Braves caps from the 1960s and 1970s, which is a perfect opportunity to show this photo of a young Dusty Baker: 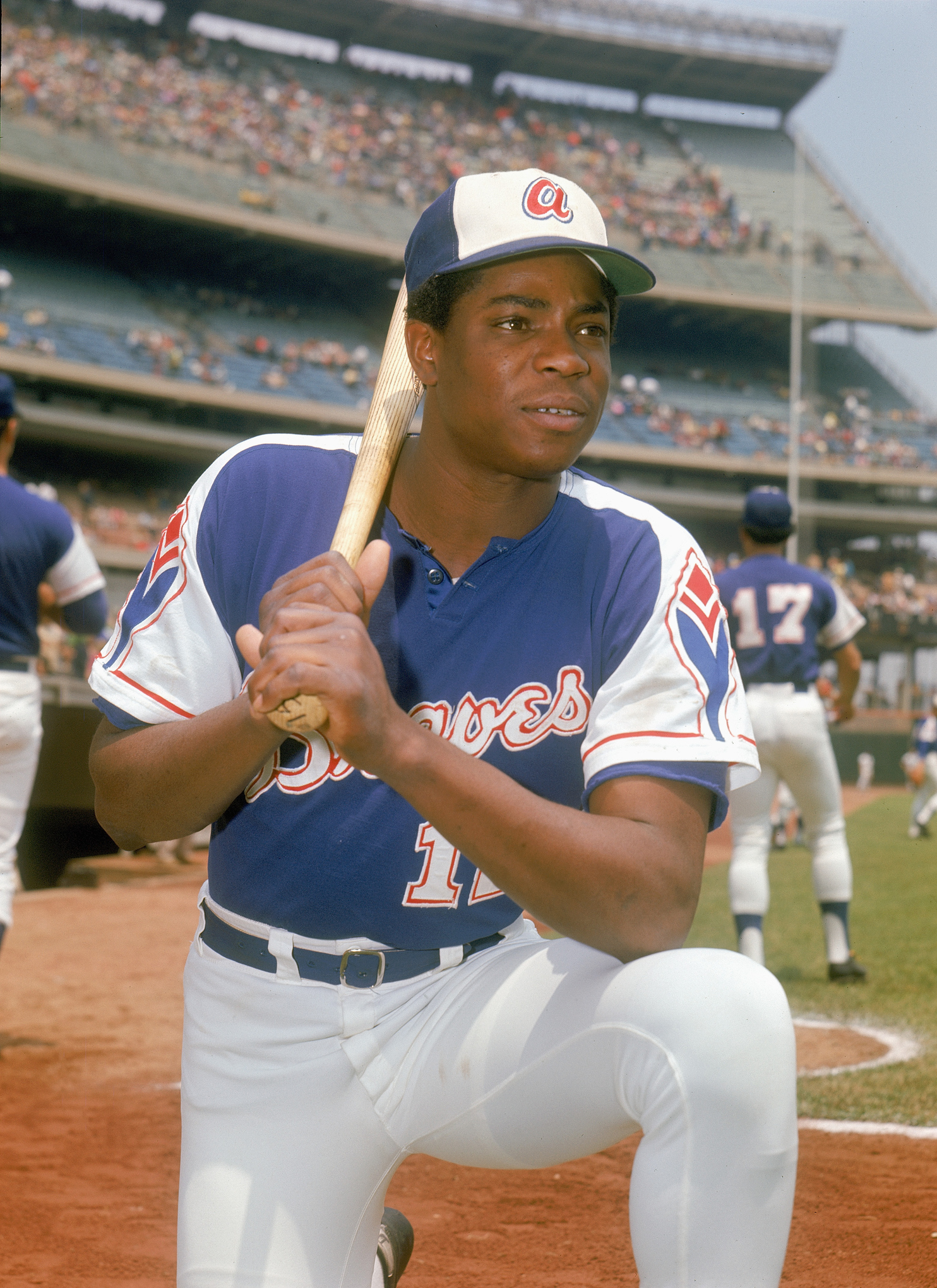 But in fact the caps were designed based on the 1970s batting helmets of the Twins, the host for this year's All-Star Game.

"Returning to Minnesota for the first time in almost 30 years, we wanted to honor the Twins history with new ideas and their distinctive batting helmet design from the 1970s made perfect sense," said Tim Brosnan, executive VP of business for MLB.

Which gives me a good excuse to show this picture of 1974 Rod Carew*. 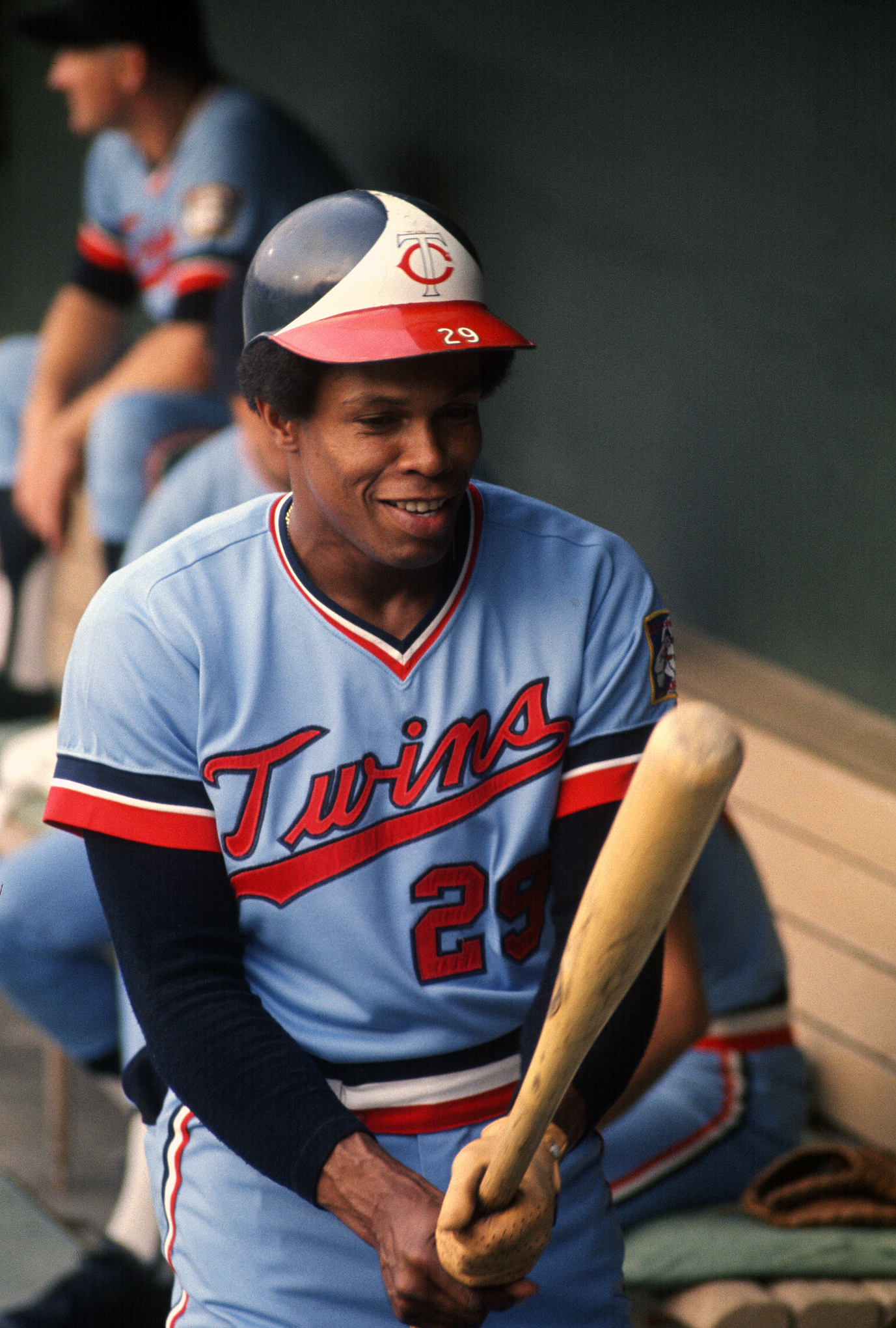