A pair of losses on the field might be the least of the Dodgers' worries from their three-game weekend in St. Louis, as they wait for word on hand injuries to Yasiel Puig and Hanley Ramirez.

After sending four representatives to the All-Star Game in Minnesota, the Dodgers dropped two of three games in St. Louis for a losing week, and even though they ended on a high note with a win on Sunday both Yasiel Puig and Hanley Ramirez were hit by a pitch on the hand over the weekend and could miss some time.

Dodger Batter of the Week: Dee Gordon was 5-for-13 (.385) with two doubles, a walk and a stolen base in an otherwise light weekend for the offense. The Dodgers scored eight runs, and no player against the Cardinals had more than one run scored or driven in.

Dodger Pitcher of the Week: The starters were generally bad and even though Clayton Kershaw lasted seven innings on Sunday he allowed a home run to Peter Bourjos, so his streak of weekly awards come to an end. The entire bullpen allowed no runs, and five of the seven relievers allowed nobody to reach base, but this award is split between Kenley Jansen and J.P. Howell, who combined to get the final four outs on Sunday night in St. Louis. 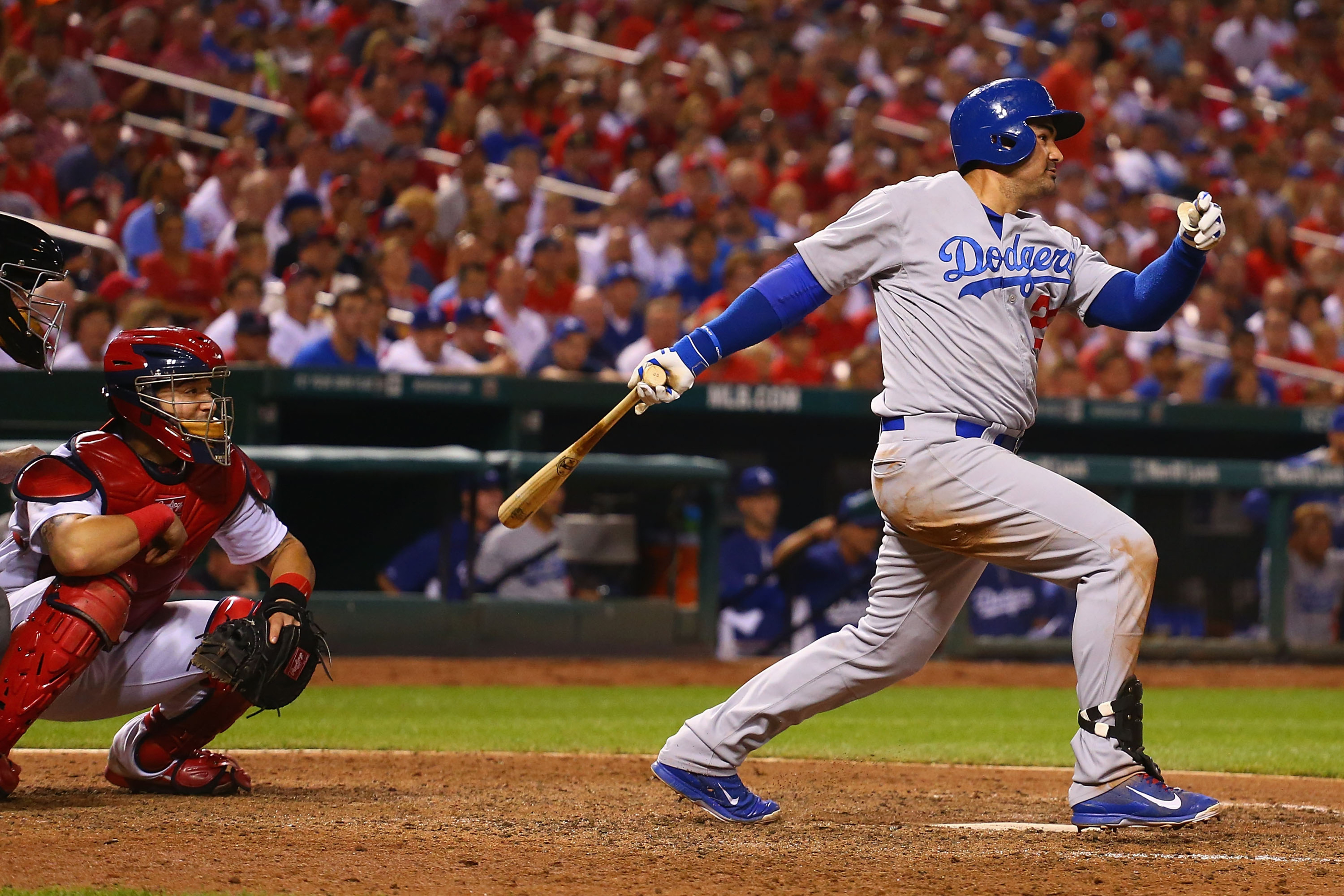 The one win of the weekend takes the honor this week. (Photo: Dilip Vishwanat | USA Today Sports).

Both Dodgers pitchers in Minnesota, Clayton Kershaw and Zack Greinke, each pitched a scoreless inning on Tuesday in the MLB All-Star Game, Greinke with two strikeouts and Kershaw with one.

Dee Gordon reached nearly 21 mph in scoring a run as a pinch runner and grounded out in his only at-bat.

It was a rough couple days performance-wise for Yasiel Puig, who was shutout in the Home Run Derby on Monday then was 0-for-3 with three strikeouts on Tuesday.

Friday: With an open spot on the active roster, Paco Rodriguez was recalled from Triple-A Albuquerque to give the Dodgers a second left-handed pitcher in the bullpen.

Friday: Justin Turner was activated from the disabled list after missing 14 games with a strained left hamstring, and infielder Carlos Triunfel was optioned to Triple-A.

The Dodgers run the Bill Madlock gauntlet, finishing off their nine-game playoff test road trip with trips to Pittsburgh and San Francisco. Matt Cain was scheduled to start Sunday for San Francisco but was placed on the disabled list on Monday with right elbow inflammation. Yusmeiro Petit will slot in Cain's spot.