LOS ANGELES -- Dee Gordon entered the offseason a man without a position. But not only has he grabbed hold of the Dodgers' second base job, but has quite a case to be on the National League team at the 2014 All-Star Game, when teams are announced this Sunday.

Not that Gordon is playing for that.

"I'm just trying to focus on winning. That's more important," Gordon said. "Going from nine games out a while ago to first place, I feel I was in integral part of that."

The former shortstop played outfield in the Dominican Winter League, then played second base in the Puerto Rican Winter League. He won the starting second base job over $28 million man Alex Guerrero during spring training, and has been a revelation during the first half.

Gordon enters Thursday hitting .295/.350/.414, and leads the major leagues in stolen bases (40), which could have been expected, and triples (nine), which frankly is a surprise.

Among National League second baseman, Gordon is third in both FanGraphs WAR (2.5) and Baseball-Reference WAR (2.0), behind Chase Utley of the Phillies and Daniel Murphy of the Mets.

Chone Figgins, currently on the disabled list with a strained calf, has taken to campaigning for his teammate, wearing a jacket with "VOTE FOR DEE N.L. ALL-STAR" on the back.

"It was his idea. I didn't know he did it," Gordon said. "That was really cool of him."

But even assuming Utley wins the fan vote and starts at second, there is still a good chance Gordon makes the All-Star team as a reserve. Fans vote for eight National League starters, but there are still 25 more roster spots, and that's before the final vote, with five player vying for one roster spot by fan balloting next week. 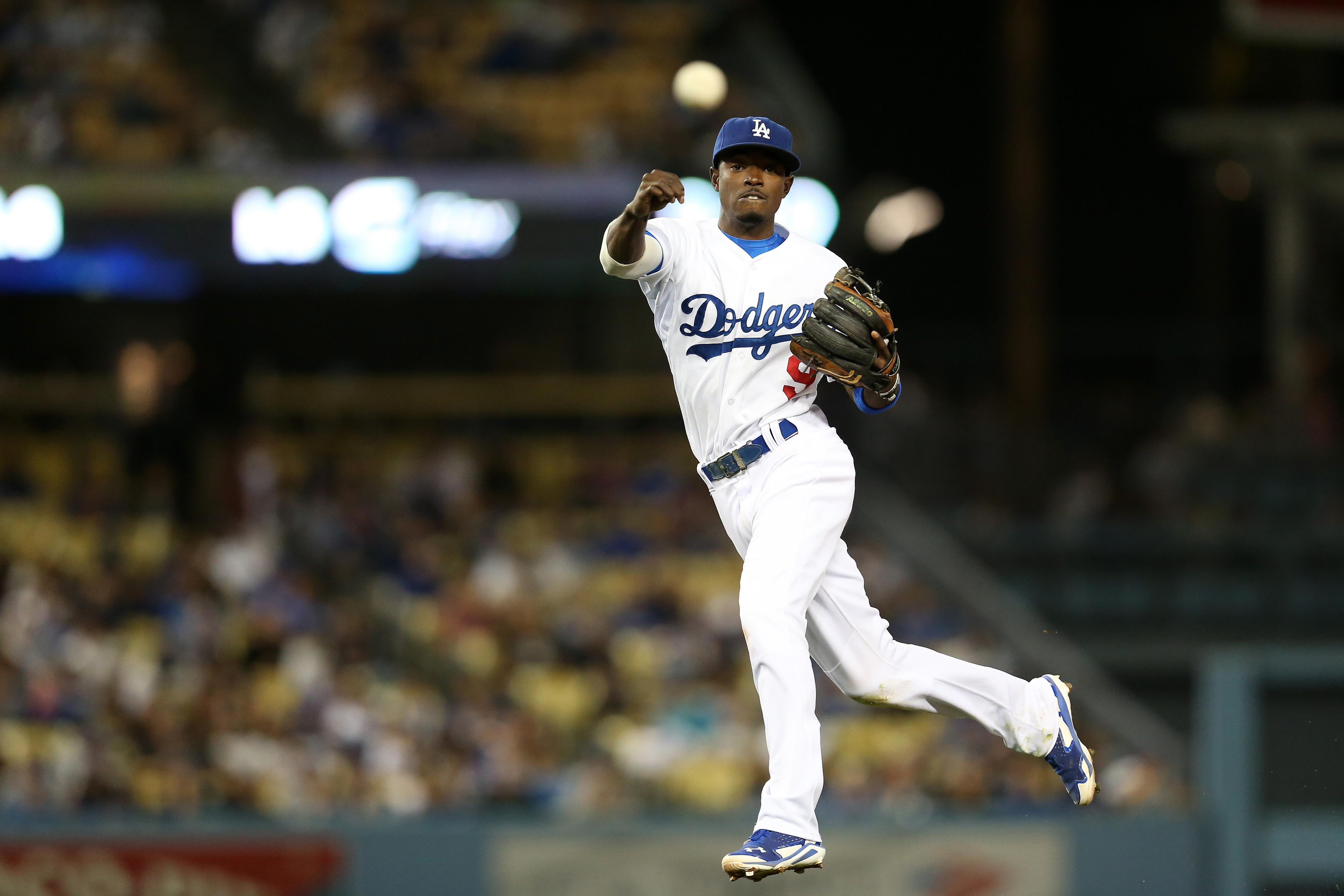 Those remaining spots are filled by player voting and by manager Mike Matheny, manager of last season's pennant-winning Cardinals, in conjunction with MLB, with the caveat that every team must be represented by at least one player.

Using last season as an example, the National League had 11 infielders and the American League had 10, but what was constant is that the player vote essentially elects a second starting lineup - one player at each position, plus five starting pitchers and three relievers.

David Wright of the Mets (1.555,717) trailed Aramis Ramirez of the Brewers (1,790,777) in fan voting at third base, and if that holds the question becomes whether the Mets will need an All-Star. If the players don't vote in Wright, hitting .277/.333/.396 with six home runs and 20 doubles, Murphy could get the call not only as a deserving candidate but as a needed Met, which could hurt Gordon's chances.

But if Gordon is one of the top two in the player vote at second base - with Utley - he'll likely be in anyway. To get the All-Star call by player vote would mean even more to Gordon.

"That would be a proud moment. I would be really excited," he explained. "You have the respect of your peers. To have that is amazing. I've worked hard to get where I've come. I said from the beginning it's been earned, not given."