The year is 2005. America is being rocked to the sweet sounds of Hollaback Girl. Millions wear giant Bluetooth earpieces without being called out for looking like a giant dingus, and Hee-Seop Choi pounds five home runs en route to a 5th place finish at the Home Run Derby. Why do I bring this up? Because it's by far the greatest Home Run Derby performance in Dodger history.

The funny thing is Choi had absolutely no right being in the Home Run Derby. Choi managed to qualify due to the MLB's occasional stab at making three hours of batting practice interesting. 2005 would be an international affair, with each participant representing a different country. Unfortunately, allowing only one player from the United States and the Dominican eliminates about 90 percent of the player pool, so they had to scrounge real hard to fill that fourth and final spot. First the league tried to get Mike Piazza figuring he was "Italian enough"1, but he turned them down since he and the home run derby have some issues. After being left with a choice between2 So Taguchi, 53 year old Vinny Castilla, and Choi, Hee-Seop got the nod and the rest is Dodger history. 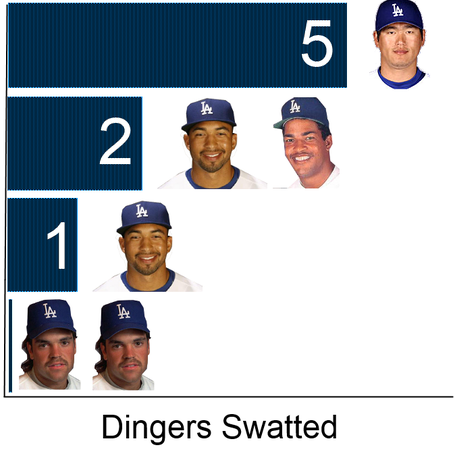 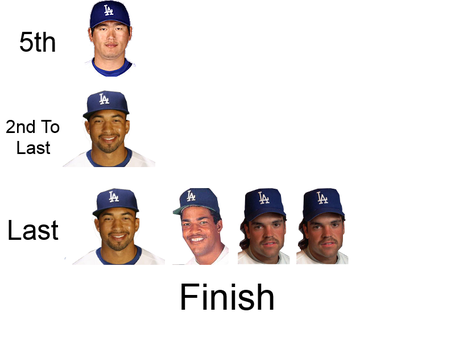 Okay, I lied. Some words are needed to really help fill in this picture.

Like most everything else the Dodgers have done in the last 25 years, the Dodgers Home Run Derby exploits consist of a mix of tragedy and mediocrity4. Yasiel Puig has been pushing hard for his invitation to the Home Run Derby, even though he's been struggling over the last month. But hey, even if his hip acts up and he makes a first round exit, at least he's in good company.

1. I always love MLBs efforts to pretend the game is more global than it is. Though nothing will quite beat Dan Haren discovering he's Dutch because they shoved him on the Netherlands roster for the WBC.↩