The Dodgers won three out of four against the Rockies in Denver, and may have taken two of three games from the Indians had Brian Wilson not blown Wednesday afternoon's lead at home. The end result was another winning week and first place to themselves in the National League West.

Dodger Batter of the Week: It was a big week for the center field duo. Andre Ethier hit .368 (7-for-19) with two triples and a double, and scored the only run in Monday's win over Cleveland. He narrowly beat Scott Van Slyke, who hit two home runs, and both off right-handers during the week.

Dodger Pitcher of the Week: Any sort of long endeavor features some sort of grueling test usually at or past the midpoint, before such a journey can be taken seriously. Clayton Kershaw passed that test with flying colors on Friday night in Coors Field, with eight shutout innings, allowing only two hits and a walk. Kershaw's scoreless streak is now at 36 consecutive innings, and while still a fair distance from Orel Hershiser's record, it feels much more attainable than it did a week ago. 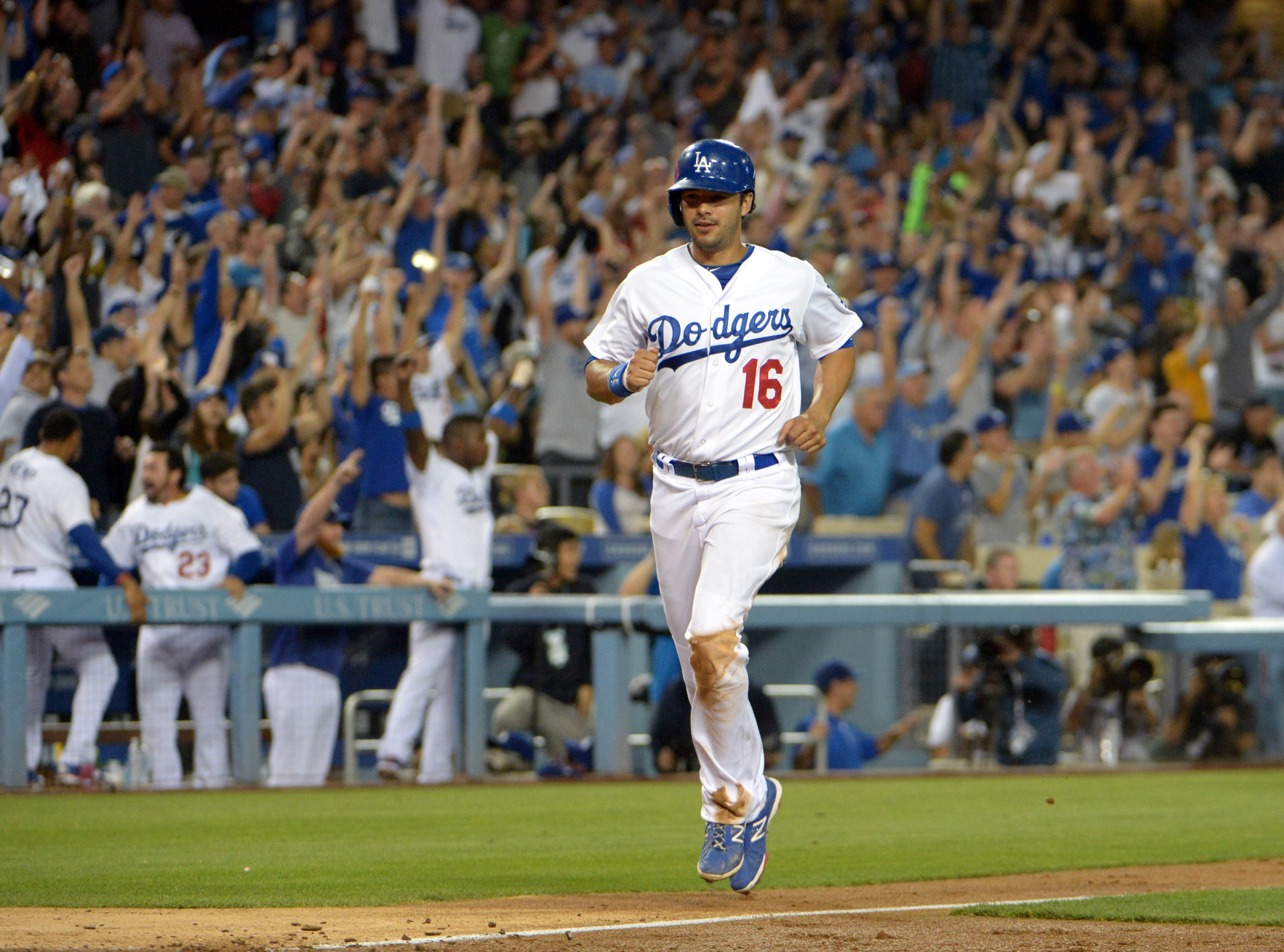 Minor league journeyman Clint Robinson picked a good time for his first major league hit, a single to center field on Monday to drive home Andre Ethier for the only run in a 1-0 Dodgers win over the Indians.

Josh Beckett tied for the team lead with Yasiel Puig with three doubles during the week. Before that, his last double came in 2007.

The Dodgers have scored five or more runs in an inning 10 times this season, including one such inning in each of the last three games. Saturday's rally came in the seventh inning:

If Hanley Ramirez, who turned 30 in December, scores this inning, it will be (Boone) Logan's run

On Sunday, four Dodgers were named All-Stars, including a pair of first-timers. Yasiel Puig was voted to start in the outfield for the National League, while Dee Gordon made his first team as a reserve second baseman. Clayton Kershaw was named to his fourth straight All-Star squad, and Zack Greinke made his second.

It was the first time the Dodgers had four All-Stars since 2010, when Andre Ethier, Jonathan Broxton, Rafael Furcal and Hong-Chih Kuo made the trip to Anaheim.

Sunday: The duo swapped again, though this time involved Arruebarrena hitting the disabled list with a right hip flexor strain. Triunfel was recalled from Triple-A three days after getting sent down.

The Dodgers run the Johnny Grubb gauntlet, reliving the 1984 World Series, with two games in Detroit then back home for four games against the Padres to conclude the "first half."