The Dodgers and Tigers have met twice previously in Detroit. Los Angeles swept a three-game series in 2003, while the Tigers swept three games in 2008.

Share All sharing options for: Dodgers, Tigers meet with bigger goals in mind

The Dodgers and Tigers renew their four-game interleague series, separated by three months, with a quick 21-22 hours at Comerica Park beginning Tuesday night. Might they play again in another three months?

Both teams lead their divisions, determined after disappointing losses in the League Championship Series in 2013. As soon as the World Series ended last year, these two were pegged as 2014 World Series favorites, the Dodgers at 7/1 to win and the Tigers at 9/1.

The odds at Bovada today are similar. The Dodgers are 11/2 favorites to win it all, tied with the A's, with the Tigers close behind at 13/2.

The first two games were fun, a pair of 10-inning games on April 8-9 at Dodger Stadium split by both teams, marked by both closers having a rough go of it. Kenley Jansen blew a save in the first game and got burned by Victor Martinez in both games. Joe Nathan blew a three-run lead in the ninth inning of the second game, then got the win.

Both closers have faced 122 batters since that series:

But before either team can get to the closer, the starting pitchers will have their say, a strength for both teams.

Since returning from the disabled list, Hyun-jin Ryu is 6-2 with a 3.14 ERA in nine starts, with 50 strikeouts and eight walks in 57⅓ innings. He has walked zero or one batter in each of his last four starts, and when walking one or zero this season is 8-2 in 11 starts with a 2.47 ERA, seven walks and 62 strikeouts in 69⅓ innings. 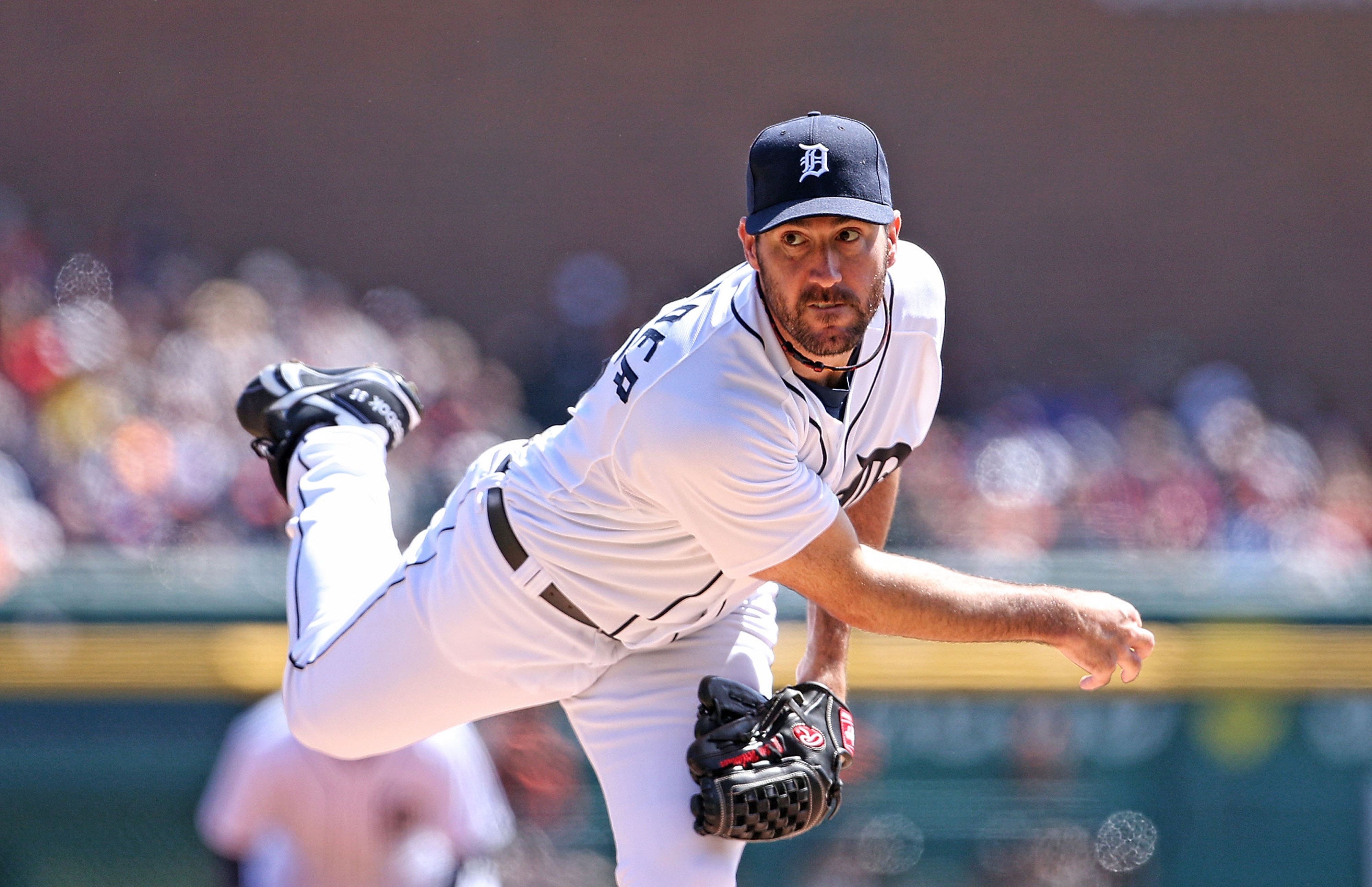 Verlander chimed in on the A's trade for Jeff Samardzija and Jason Hammel after Detroit dispatched Oakland in the ALDS each of the last two years. From Bless You Boys:

Being stingy with the walks has been something Ryu has improved on, beginning in 2013. In his first 16 major league starts, Ryu walked 34 batters, matching his total for his last 30 starts.

Detroit is 18-9 against left-handed starters this season.

The Dodgers lead the National League in wRC+ at 110 and in OPS+ at 109, third in the majors just behind the Tigers.

The streaky Tigers began the season 27-12, followed that with a 9-20 stretch, then won 12 of their next 14. But they enter play Tuesday night on a three-game losing streak.

Justin Verlander has faced 28 of 29 major league teams other than the Tigers in his career, with the Dodgers the only team he has never faced. Verlander in interleague play has been a beast, at 22-2 with a 2.56 ERA in 29 starts with 212 strikeouts and 65 walks in 196⅔ innings.

Verlander will have to deal with the Dodgers' road offense, averaging 4.63 runs per game, most in the National League away from home.

The Dodgers have scored six or more runs 33 times this season, tied with the Rockies for second-most in the majors (the Angels have done it 34 times), one more than the Tigers. Three of those six-run games were the last three games in Colorado, three of 19 road games for the Dodgers with six or more runs this season.