Dodgers Week 21: Cracks in the foundation

Share All sharing options for: Dodgers Week 21: Cracks in the foundation

In a week that saw Carlos Frias and Kenley Jansen bat, Jamey Wright used as an eighth-inning setup man while J.P. Howell was not used against a left-hander, the Dodgers saw their only wins in games started by Kevin Correia, Roberto Hernandez and Dan Haren.

The Dodgers showed cracks in the foundation, getting swept at home by the Brewers and one week after losing Hanley Ramirez also saw Hyun-jin Ryu and Juan Uribe hit the disabled list, likely each for stints longer than 15 days.

Dodger Batter of the Week: It has been a long, trying season for Carl Crawford but he had a good week finding holes in the defense, hitting .440 (11-for-25) with a double and four stolen bases. Honorable mention goes to Dee Gordon, who stole five bases and scored seven runs.

Dodger Pitcher of the Week: In his first start as a Dodger, Kevin Correia allowed just one run in six innings, with one walk and five strikeouts on Monday to beat the Braves. Correia was set to join the bullpen after his spot start but with the injury to Ryu is back in the rotation, including Tuesday against the Padres. 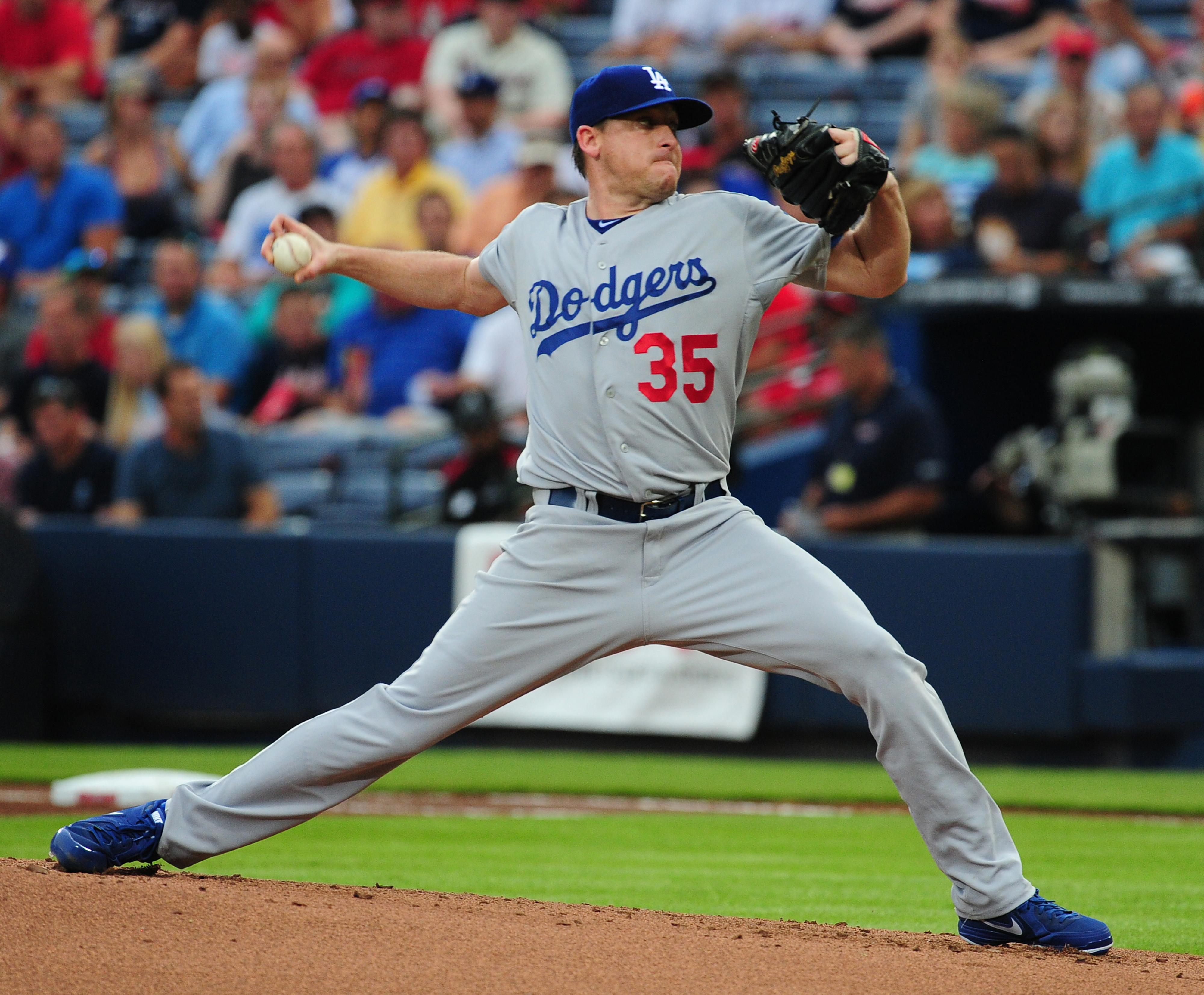 Monday: Starting pitcher Kevin Correia was activated to make his first start as a Dodger, and reliever Pedro Baez was optioned to Triple-A Albuquerque.

Wednesday: Left-handed pitcher Colt Hynes, who was designated for assignment last week, was claimed off waivers by the Blue Jays.

Friday: With pitchers dropping like flies, the Dodgers added to their minor league depth by acquiring Justin Germano from the Rangers for future considerations. Germano is not on the 40-man roster, and was assigned to Triple-A Albuquerque.

Friday: Starting pitcher Hyun-jin Ryu was placed on the disabled list with a strain of the gluteus muscle, and reliever Pedro Baez was recalled from Triple-A Albuquerque.

Saturday: Third baseman Juan Uribe was placed on the disabled list with a strained right hamstring, and infielder Carlos Triunfel was recalled from Triple-A Albuquerque.

Saturday: Low Class-A Great Lakes second baseman Jesmuel Valentin was sent to the Phillies as one of two players to be named later in the Roberto Hernandez trade.

The Dodgers run the Kevin McReynolds gauntlet, finishing up the homestand with a pair of series against the Padres and Mets.