Share All sharing options for: Dodgers Week 22: Sigh of relief

It didn't end the way they wanted, but last week was a positive one for the Dodgers, with home series wins over the Padres and Mets. They even added a game to their lead over San Francisco in the National League West.

But more than that, the week was reassuring and could have been much, much worse.

The week began with the Dodgers at their most vulnerable, coming off a weekend sweep at the hands of the Brewers. Hanley Ramirez and Juan Uribe were on the disabled list, as was Hyun-jin Ryu. Then news of fellow starter Zack Greinke 's elbow discomfort cropped up, putting an unhealthy amount of doubt in the team's chances in October this season.

But along with four wins in six games, the Dodgers got Ramirez back, saw Greinke pitch seven innings and revealed that his MRI exam showed no structural damage in his elbow, and had Ryu inch closer to a return with multiple times pitching off a mound. As it stands now, Ryu is one positive Tuesday bullpen session away from returning close to when his is first eligible, on Friday.

The week was more a sigh of relief than anything for the Dodgers, who also got the comeback monkey firmly off their backs.

Dodger Batter of the Week: Utility man Justin Turner continued to fill in with aplomb at third base, hitting .412 (7-for-17), including a game-winning two-run home run in the eighth inning on Thursday to beat the Padres and give the Dodgers their first win all year when trailing after seven innings. Honorable mention goes to Carl Crawford, who only started three games but was 4-for-8 with three walks and scored six runs.

Dodger Pitcher of the Week: In the same game won by Turner's home run, Clayton Kershaw pitched eight strong innings for the win with 10 strikeouts, the 27th game with double-digit strikeouts in his career. Honorable mention goes to Dan Haren, who allowed a home run to leadoff man Curtis Granderson on Friday but hardly anything else in his seven strong innings. 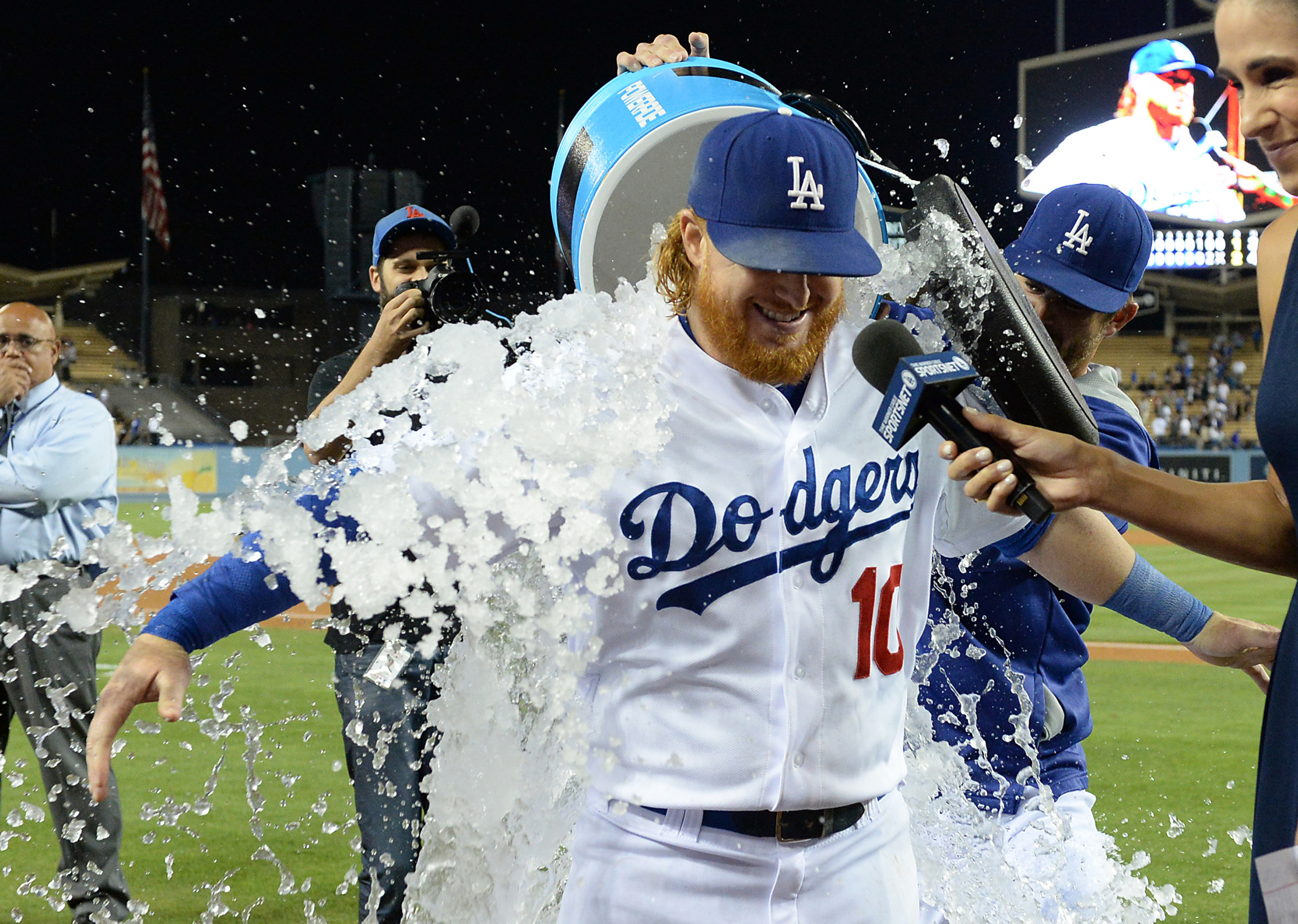 Tuesday: After a week-long stay on the minor league disabled list, shortstop Erisbel Arruebarrena was recalled from Triple-A Albuquerque, with infielder Carlos Triunfel optioned back to the Isotopes.

Sunday: The team activated shortstop Hanley Ramirez from the disabled list, and optioned Erisbel Arruebarrena back to Triple-A Albuquerque.

The Dodgers run the Scott Hairston gauntlet, hitting the road for two games in Phoenix, surrounded by days off, then a three-game weekend series in San Diego. Weekend pitching matchups haven't been announced yet but with Ryu's potential return and with two off days it's a safe bet Kevin Correia won't be a part of the rotation at Petco Park.