The Dodgers used a wild six-run fourth inning to continue what has been a season-long tradition of beating Trevor Cahill and the Diamondbacks like a drum on the road, the latest a 9-5 win Tuesday night at Chase Field in Phoenix.

The key play of the game was a one-out single in the fourth inning by A.J. Ellis to center field. Carl Crawford tried to score on the play but was called out after a strong throw by Ender Inciarte. However the play was reviewed under Rule 7.13, thinking Miguel Montero might have not allowed Crawford a clear pathway to the plate. But upon review Rule 7.13 wasn't enforced but rather it was determined Montero tagged Crawford with his glove while the ball was in his hand.

Crawford was ruled safe, giving the Dodgers a 5-2 lead, then the floodgates opened. Two more singles followed, giving the Dodgers five straight hits in the inning, to go with three walks and a sacrifice fly. The six-run inning gave the Dodgers an 8-2 lead and chased the starter Cahill, who has been dreadful this season against the Dodgers. 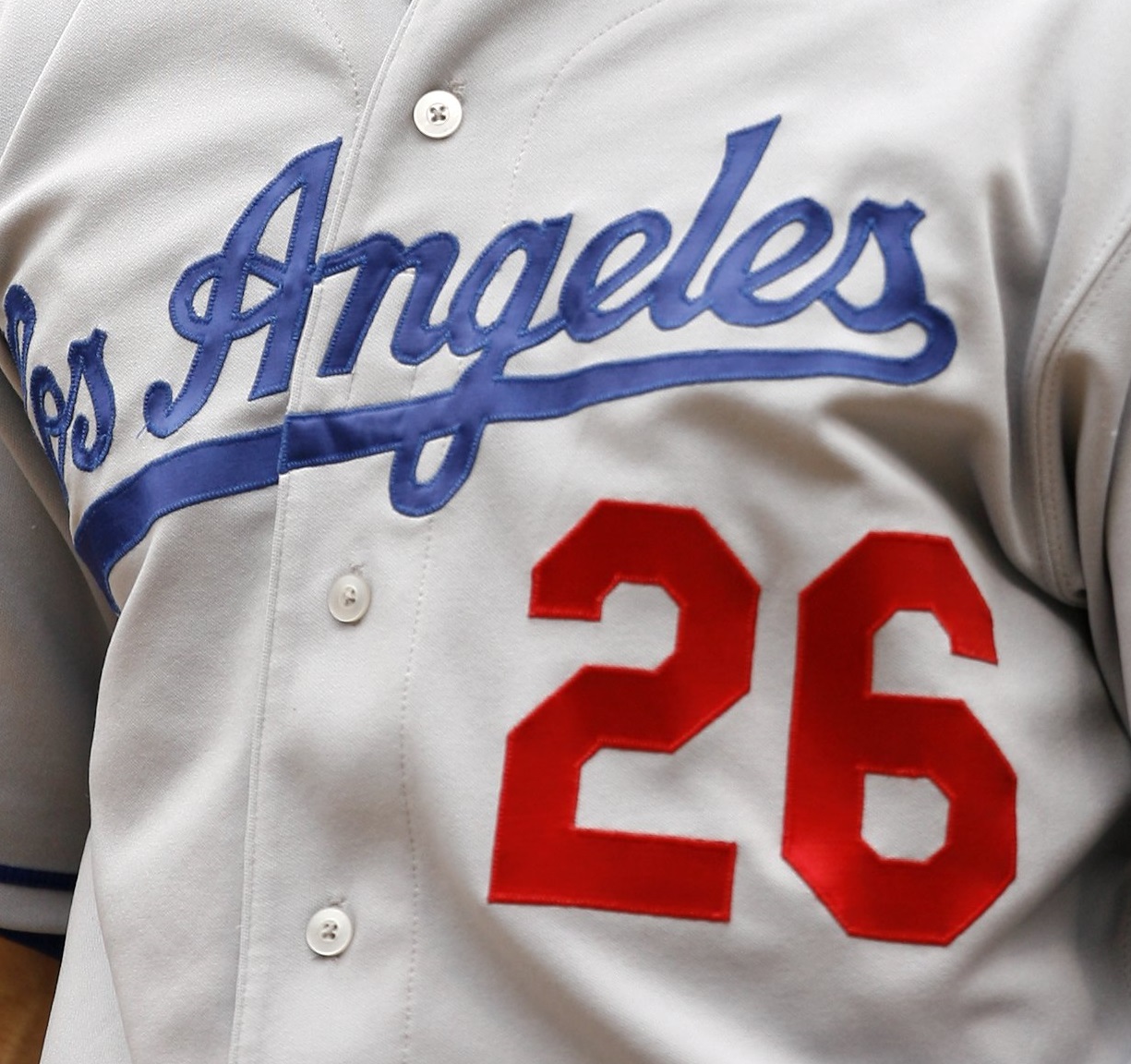 Cahill allowed eight runs on the night - six earned because the Crawford play at the plate was ruled an error on Montero - while recording only 10 outs. In three home starts against the Dodgers this year Cahill is 0-3 and has allowed 20 runs on 19 hits and 12 walks in 11⅓ innings, with 12 strikeouts.

Conversely, Cahill has faced the Dodgers twice in Los Angeles, both in relief, and has retired all 12 batters he faced.

But Tuesday night was in Arizona, where the Dodgers scored six or more runs for the sixth time in seven games this season. The Dodgers are 7-2 on the road against the Diamondbacks this season, including 5-2 at Chase Field.

Matt Kemp opened the scoring for the Dodgers in the first inning, cashing in a Yasiel Puig walk with a two-run shot to left field off Cahill for a quick 2-0 lead. It was the only extra-base hit on the night for the Dodgers, who got at least one hit out of every starter but Puig on the night, and even Puig walked twice.

Roberto Hernandez was sloppy but with the big lead he had plenty of leeway. The right-hander lasted through six for his second win as a Dodger in four starts.

The Dodgers send ace Clayton Kershaw to close out the Phoenix portion of their regular season schedule on Wednesday night, facing southpaw Wade Miley for Arizona.