A three-run rally in the third inning was enough for the Dodgers, and Clayton Kershaw made it hold up in a 3-1 victory over the Diamondbacks on Wednesday night at Chase Field in Phoenix.

Kershaw had his bumps in the road - the Diamondbacks had 11 at-bats with runners in scoring position on Wednesday, and two hits - but only allowed one unearned run in his eight innings, striking out 10 with a pair of walks.

Kershaw escaped a jam in the third inning by getting Mark Trumbo to fly out to end the inning. Remarkably, that was the only plate appearance all season Kershaw has pitched with the bases loaded. How rare is that?

In 1985, Bret Saberhagen didn't face a batter with the bases loaded. Only time a pitcher qualified for the ERA title has done it.

After a leadoff triple by Ender Inciarte in the fifth inning, Kershaw stranded him and retired his next 11 batters faced, including five by strikeout. 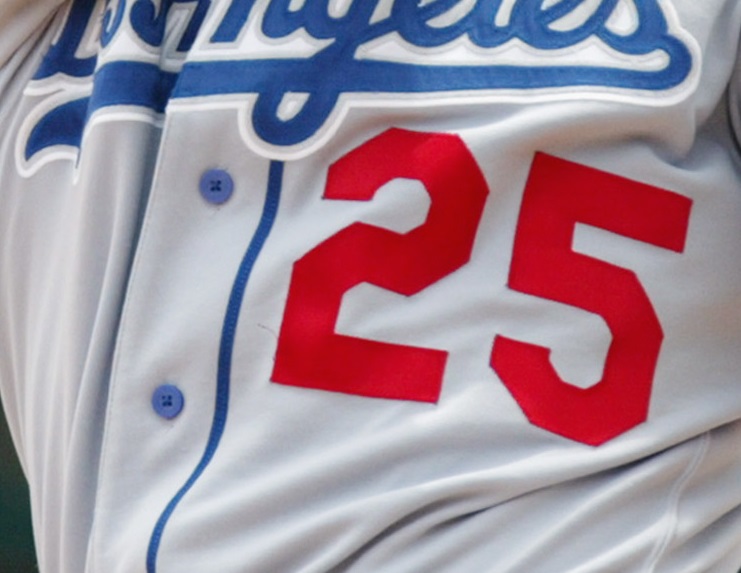 Dee Gordon got things started in the third inning by beating out a bunt about a quarter of the way up the first base line, then stole second base for his 58th steal of the season. After a walk to Yasiel Puig, Matt Kemp drove a ball to the right field gap for a two-run double, though Kemp was out by a mile trying to stretch it into a triple.

One out later Scott Van Slyke hit a solo home run to left field, giving the Dodgers a 3-0 lead. It was the seventh extra-base hit, and fourth home run, for Van Slyke against Miley in 13 plate appearances this season.

The Dodgers threatened in other innings, putting multiple runners on base in the second, sixth and seventh, but didn't score again.

Kershaw with the win not only snapped a personal five-game losing streak at Chase Field, but won his 16th game of the season, most in the majors.

And he is amazingly within striking distance of the National League strikeout lead.

With his sixth double-digit strikeout game of the season, and third straight game, Kershaw has 194 strikeouts on the season, third place but only eight behind NL leader Stephen Strasburg's 202 strikeouts.

After pitching eight innings - the 10th time in Kershaw's last 13 starts he has lasted at least eight innings - Kershaw gave way to Kenley Jansen, who recorded the final three outs for his 100th career save.

The Dodgers ended the Chase Field portion of their schedule not with a pool jump this season, but just a routine win over a team they are supposed to beat. The Dodgers won eight of their 10 road games against the Diamondbacks this season, including six of eight in Phoenix.

The Dodgers played all of two days in a row so they will get another off day on Thursday, then will battle the Padres for three games at Petco Park. Dan Haren starts the opener for the Dodgers on Friday night, with Andrew Cashner on the hill for San Diego.