Dodgers Week 23 review: A shift in the standings

Share All sharing options for: Dodgers Week 23 review: A shift in the standings

The Dodgers had a week that felt a lot like earlier in the season, where the focus wasn't so much on them but on the red-hot Giants. The Dodgers won three of their five games, but still saw two games shaved off their lead in the National League West thanks to a six-game San Francisco winning streak.

But the week was much more than a 3-2 week. It was a week that saw Scott Van Slyke homer off Wade Miley again, his fifth straight game with at least one extra-base hit against Miley.

It was a week that saw the Dodgers drop consecutive extra-inning games on the road in San Diego, losing their first series at Petco Park in four years.

It was a week that saw Zack Greinke put his elbow concerns even further into the background, and a week that saw Hyun-jin Ryu come back strong with a win over the Padres, continuing his mastery of San Diego.

The starters allowed two earned runs in the final four games of the week, but only won two of those four games.

It was also the last week of 25-man rosters, with expanded September roster fortifications  now just a day away.

Dodger Batter of the Week: Matt Kemp put together a solid week, hitting .381 (8-for-21) with three doubles and a home run, leading the Dodgers in extra-base hits, RBI (five) and tied for the lead in walks (four). He takes the cake narrowly over Justin Turner, who turned in another great week, hitting .500 (8-for-16).

Dodger Pitcher of the Week: In a game he described as off, Clayton Kershaw struck out 10 and allowed only an unearned run on Wednesday in a win over the Diamondbacks. Kershaw also proved amazingly durable, lasting eight innings for the fourth straight start and eighth time in his last 10 outings. 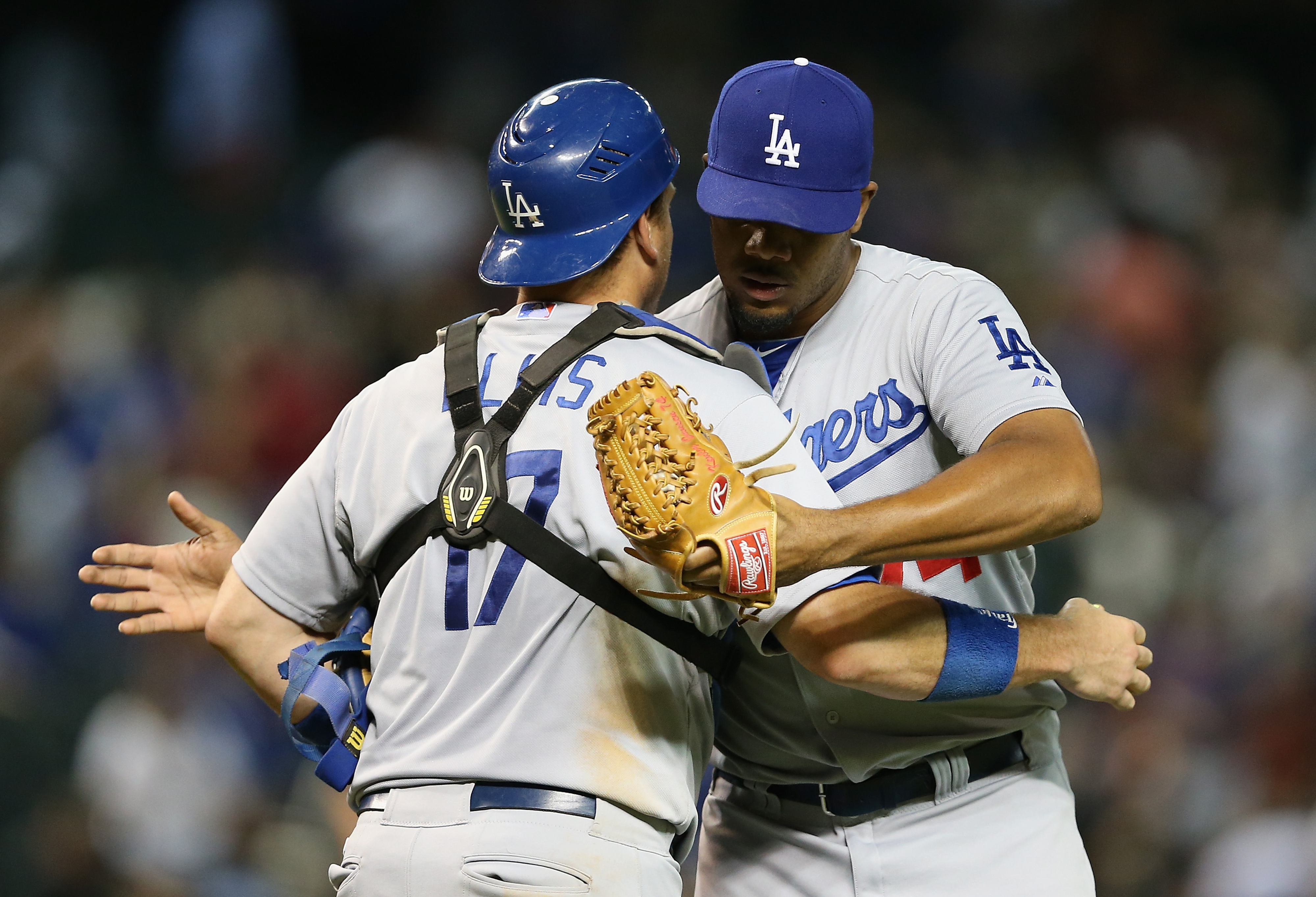 Eight strong innings from Kershaw with 10 strikeouts, then Jansen got his 100th save. (Photo: Christian Petersen | Getty Images).

Sunday: In the earliest day he could return from the DL, third baseman Juan Uribe was activated, with infielder Miguel Rojas sent down briefly to Triple-A.