As we wait for a weekend showdown between the Dodgers and their rival Giants in San Francisco, here's a look back at their previous pennant races. Since the two teams moved west in 1958, this will be the 10th time they have finished first and second in 57 years.

A 1-6 finish by the Dodgers left the two teams tied at 101-61, sending them to their second three-game playoff against each other in a dozen years. The Giants won the first game 8-0 at Candlestick Park, knocking Koufax out after just one inning. The Dodgers won 8-7 the next day at home, then led 4-2 in the ninth inning of the decisive third game.

But the Giants rallied for four runs in the top of the ninth inning, thanks in part to four walks by Ed Roebuck and Stan Williams.

Willie Mays hit a career-high 52 home runs on his way to his second MVP award, including hitting .315/.362/.722 with seven home runs during a 14-game winning streak in September for San Francisco. The Dodgers trailed the Giants by 4½ games with 15 games to play, but Los Angeles had its best-ever closing stretch with a 15-1 run to win the pennant by two games.

Sandy Koufax pitched a perfect game on Sep. 9, then lost his next start five days later. The 15-1 run began on Sep. 16, a game saved by Koufax with a scoreless inning. Koufax made five starts in the final 15 days of the season, pitching three shutouts and another complete-game win, including 38 strikeouts and one run allowed in his final three starts. Koufax beat Milwaukee in the pennant clincher on the penultimate day of the season.

Both teams trailed the Pirates with three weeks remaining, but the Dodgers and Giants both finished strong to take the top two spots. The Dodgers kept San Francisco at arms length, no closer than 1½ games, even holding off a six-game Giants winning streak to end the season.

A young Dodgers team, with Steve Garvey, Bobby Valentine, Bill Russell and Bill Buckner playing part time, and Dick Allen playing his one year in Los Angeles, was down eight games to the Giants with 22 games to play. The Dodgers then won eight straight games, including five against San Francisco, and pulled to within one game back with 14 games remaining. But that's as far as the comeback got for the Dodgers, never wiping out that final game. Both teams finished 7-7, giving the 90-win Giants the NL West title. 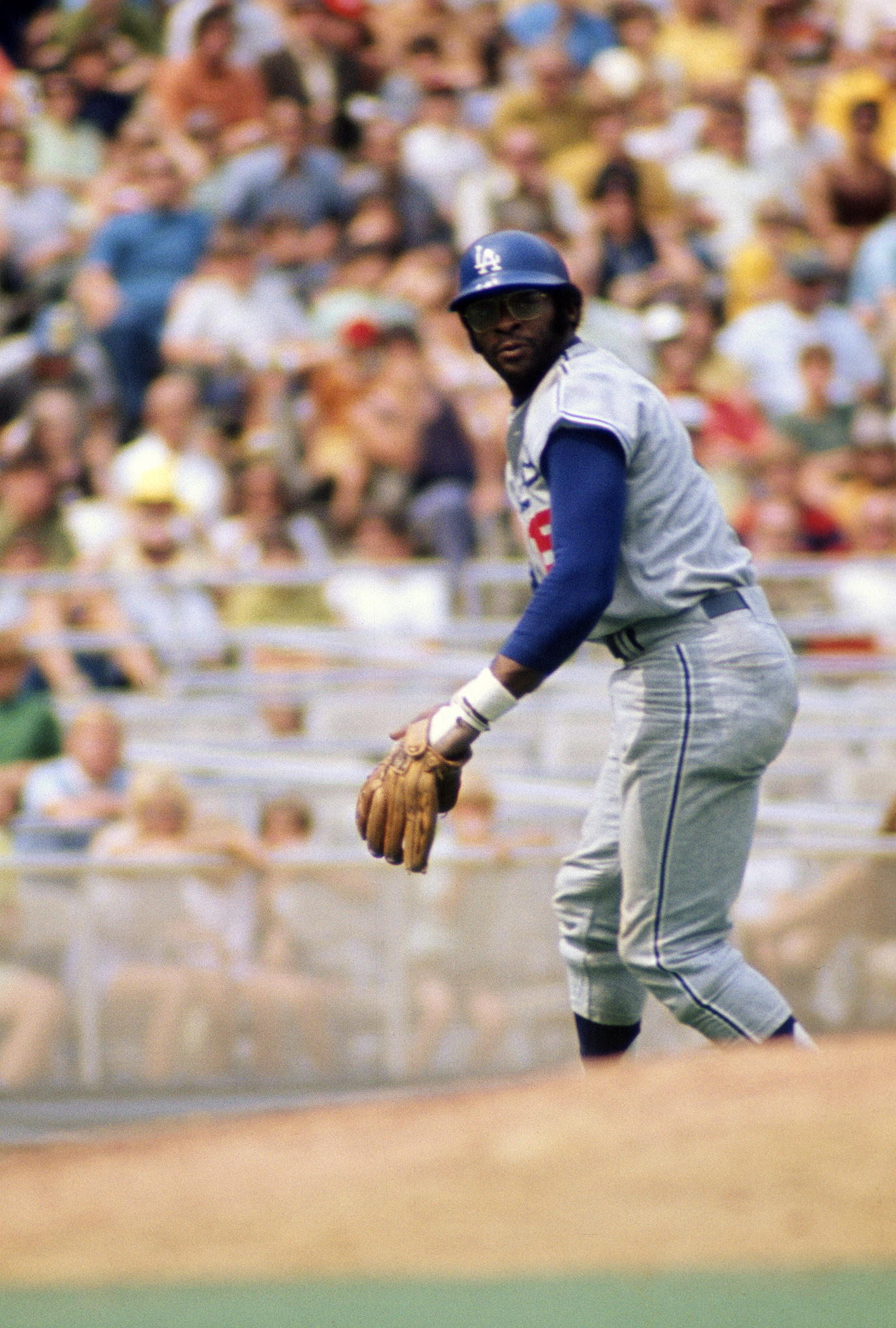 Los Angeles rode a two-game lead with 11 games remaining into a two-game series in San Francisco. In the first game, Barry Bonds hit a two-run home run against Chan Ho Park in the first inning, then pirouetted on his way to first base:

That home run held up in a 2-1 Giants win. The next day, a 5-5 tie in the 12th inning was broken up by a walk-off home run by catcher Brian Johnson, bringing the Giants into a first-place tie. The Dodgers lost their next three games in Colorado and never recovered, losing the division by two games.

The two teams finished first and second but there wasn't much of a race. The Giants, coming off a World Series appearance, finished 100-61, comfortably ahead of the 85-77 Dodgers. The real battle for Los Angeles was the Wild Card race, but they didn't get closer than within 2½ games of the Marlins.

The Giants won nine of 10 and 13 out of 16 games to trim a 6½-game September lead by the Dodgers down to 1½ games with nine games left, but the Dodgers were able to hold them off somewhat by winning two of three games in San Francisco from Sep. 24-26.

The two teams met at Dodger Stadium in the season's final weekend, with the Giants needing a sweep just to force a one-game playoff. After a 4-2 win on Friday night behind Kirk Rueter, San Francisco led 3-0 in the ninth inning on Saturday.

The Dodgers with their brand-new shiny Hanley Ramirez swept the Giants in San Francisco from July 25-27, including a Ramirez game-winning home run in the Friday opener. That brought the two teams tied atop the division, where they jostled back and forth for three weeks.

Down a half-game on Aug. 20, the Giants returned the favor with a three-game sweep at Dodger Stadium to take control of the division, including winning two of three games in another showdown in San Francisco from Sep. 7-9.

The Dodgers made the Punto Trade on Aug. 25, but even with all of their high-priced acquisitions down the stretch none hit as well as lightly-regarded Marco Scutaro, the 36-year-old midseason acquisition who hit .362/.385/.473 with San Francisco, who won the division by eight games.

The Dodgers also lost out on the Wild Card by two games to St. Louis.

That is seven real pennant races between the Dodgers and Giants, now eight in 57 years, roughly once every seven seasons. Four have fallen the Giants' way, but the Dodgers hold the advantage in 2014 with 16 games left.