Clayton Kershaw gave the Dodgers eight strong innings and Matt Kemp homered to lead the Dodgers over the Giants 4-2 on Sunday afternoon, capturing the three-game series at AT&T Park in San Francisco to widen their lead in the National League West to three games with 13 games left to play.

After two games that were decided almost before they began, Sunday was an old fashioned pitcher's duel between Kershaw and Yusmeiro Petit, a close, hard-fought battle.

Until Kemp's home run in the sixth inning, at least.

Petit was ahead of Dodgers hitters all day, a strike-throwing machine with 62 of his 82 pitches for strikes and eight strikeouts in his seven innings. But after a double over the head of center fielder Angel Pagan with one out in the sixth inning, Petit fell behind 2-0 to Kemp, then paid the price.

Kemp launched a ball into the seats in left center field, his 20th home run of the season, widening the Dodgers' lead to 4-1. For Kemp, hitting .307/.374/.587 with 12 home runs in 52 games since the All-Star break, it was his 177th career blast, tied with Mike Piazza for eighth place on the Dodgers all-time franchise list, and tied for fourth since moving to Los Angeles.

Kershaw was fighting control of his off speed pitches most of the day, which inflated his pitch count early. It also caused a nine-pitch walk to Petit in the third inning which, when followed by a pair of two-out singles by Joe Panik and Buster Posey, gave the Giants their first run. 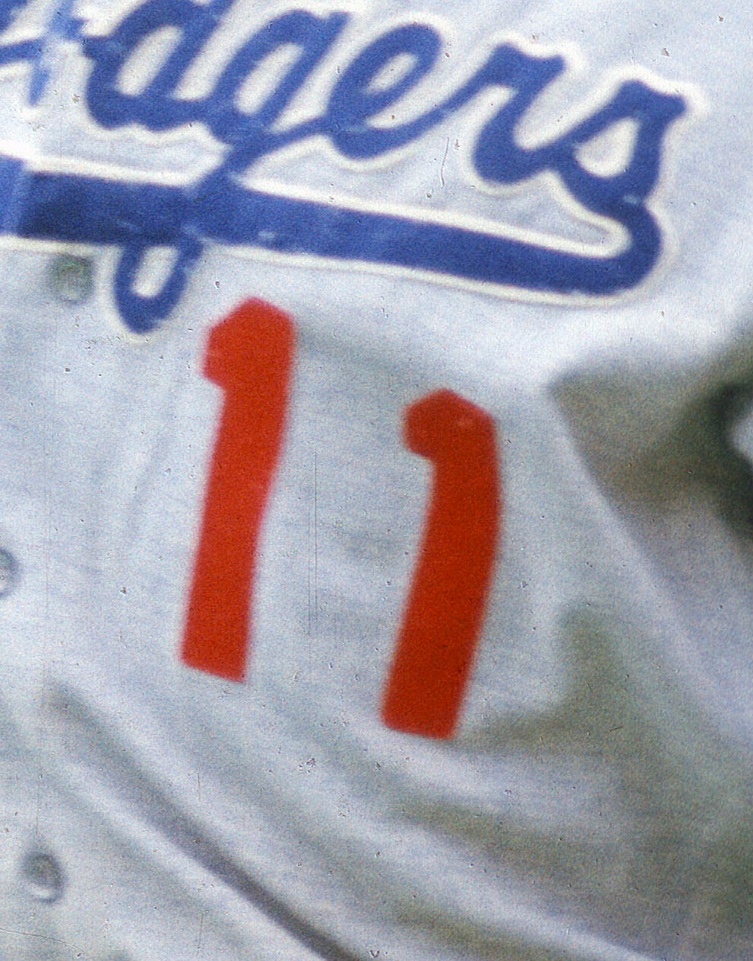 The Dodgers were lucky to escape further damage in the frame, thanks to Posey trying to extend his hit into a double. Yasiel Puig charged the ball hard to cut the ball off in center field, then fired to Dee Gordon at second base to end the inning with the Dodgers leading 2-1.

It was the first run scored by the Giants in four home starts against Kershaw and Zack Greinke this season.

A pair of one-out singles gave the Giants a rally in the seventh against Kershaw, and they cashed in a run on a pop fly single to short center field by pinch-hitter Matt Duffy with two outs, a play that could have been much more costly for the Dodgers. Puig tripped over Gordon on the play, and both players were briefly shaken up on the play, though both remained in the game.

With 104 pitches through seven, Kershaw returned to the mound for the eighth inning, having not been removed from a game in the middle of an inning since May 17. After getting Joe Panik to ground out on one pitch, manager Don Mattingly made a trip to the mound with Posey at the plate, but there was no way Kershaw was giving the ball up.

Kershaw, even at 105 pitches and unable to get his curve over, is still a better option 10 times out of 10 than Brian Wilson, and he proved it by striking out Posey on three pitches and getting Hunter Pence to fly out.

Pence has four singles in 49 at-bats (.082) against Kershaw in his career.

A six-pitch eighth inning ended Kershaw's day, the first Dodgers pitcher to last eight innings in seven straight starts since Orel Hershiser did so in nine straight games in 1988.

Kershaw allowed two runs on seven hits and walked one, with nine strikeouts. And this was an off day. He improved to 19-3, the first major league pitcher in 2014 to reach 19 wins, matching Hershiser's 1985 record that set a Los Angeles Dodger record for winning percentage by a starter.

The Dodgers and Giants have split 16 games this season, with the Dodgers winning six of nine games in San Francisco. Dodgers starting pitchers at AT&T Park this season put up a 1.64 ERA with 48 strikeouts and 14 walks in 55 innings.

Kenley Jansen pitched a perfect ninth for his 42nd save.

The Dodgers continue their 10-game road trip with three games in Denver beginning Monday night. Roberto Hernandez starts the opener for the Dodgers at Coors Field, with the Rockies turning to rookie right-hander Christian Bergman.