Things were at their bleakest for the Dodgers on Friday night, when the Giants held all the momentum only a game back and Hyun-jin Ryu injured. The Dodgers are still waiting on word just how long Ryu will miss with his shoulder irritation, but the rest of the team responded with two wins in San Francisco to widen their first-place lead in the National League West.

Dodger Batter of the Week: Carl Crawford was red hot all week, hitting .600 (12-for-20) with eight RBI and tied a Los Angeles Dodgers record with three doubles in a game on Wednesday. It was a big week for the offense, with Hanley Ramirez hitting .500 (11-for-22) and Juan Uribe hitting .435 with two home runs.

Dodger Pitcher of the Week: Clayton Kershaw was great as per usual but this award goes to Zack Greinke, who won on Saturday night with six scoreless innings, and he gets extra credits for his home run and double, which was nearly another home run. Dan Haren also deserves a mention for his seven scoreless frames in Wednesday's win over San Diego. 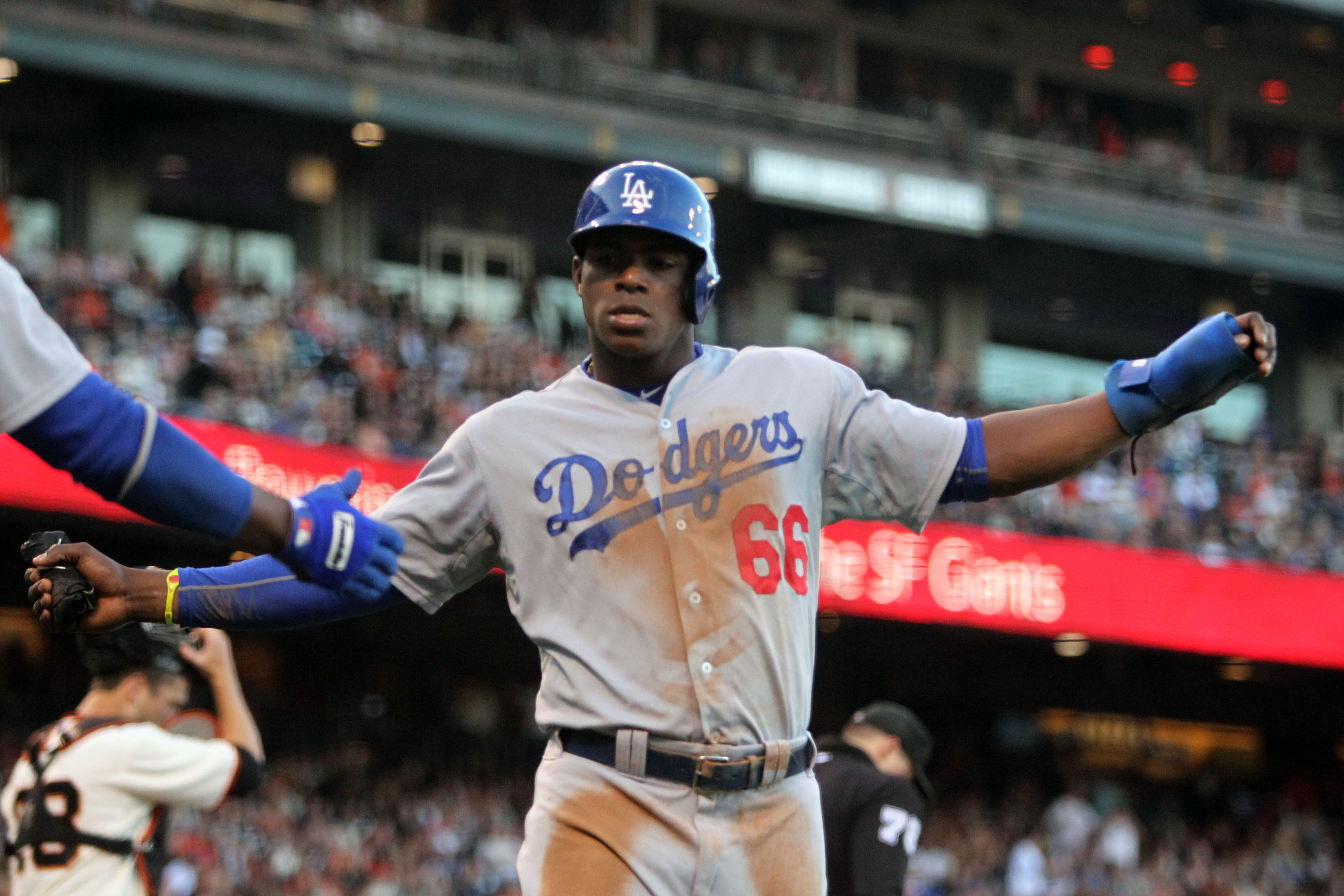 After a blowout loss, the Dodgers did the opposite of play dead. (Photo: Lance Iversen | USA TODAY Sports).

Friday: More than two years and three elbow surgeries since his last major league appearance, Scott Elbert was added back to the Dodgers roster. To make room on the 40-man roster, Red Patterson was designated for assignment.

Saturday: The Dodgers activated Paco Rodriguez from the disabled list.

The Dodgers run the Todd Hollandsworth gauntlet, finishing up their road trip with trips to Denver and Chicago.