Share All sharing options for: Dodgers hit the ball all over Coors Field in their 11-3 win

In a game that featured 11 runs and 15 hits for the Dodgers, the key play wasn't when the Dodgers were at the plate.  Instead it came with two out in the bottom of the 4th inning.

The score was tied at two and Roberto Hernandez was having another ineffective start. Hernandez had just stuck out pitcher Christian Bergman but there was center fielder Charlie Blackmon coming up to bat.

A.J. Ellis and Rick Honeycutt had already made visits to the mound and Don Mattingly wasn't going to let Hernandez face the left-handed batter.

Mattingly called in the recently activated Paco Rodriguez to pitch. Rodriguez fell behind 2-0 but then got Charlie Blackmon to ground out which kept the score tied at 2. Rodriguez would only face one batter but it was the biggest play of the night.

The bullpen was the real story of evening: for the fourth time this season, the Dodgers used six or more relievers in a 9-inning game and for the second time, the Dodgers won the game.  The bullpen gave up just one run in 5 1/3 innings and that was more than enough on this night.

With the Dodger win and Giants loss, the magic number moves into single digits. 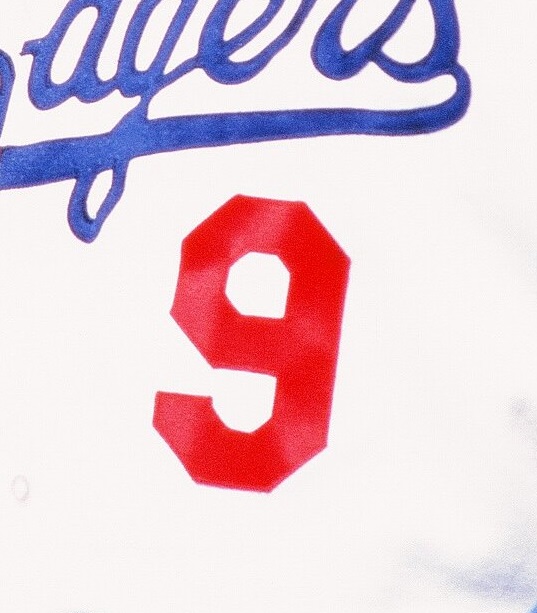 Now the Dodgers did swing the bats well on Monday night and it was a full team effort. Matt Kemp started it with a two-out, two-run homer to right-center to give the Dodgers an early lead.

After the Rockies had tied the game at 3 in the 5th, the top of 6th started innocently with Crawford being hit by a pitch. Singles by Juan Uribe and A.J. Ellis loaded the bases.

Pinch-hitter Justin Turner hit the first pitch for a two-run double into the right field corner, and then the real merry go-round started. Dee Gordon singled in a run. After Yasiel Puig walked to load the bases again, Adrian Gonzalez singled in two more runs.

Kemp struck out for the first out but then Hanley Ramirez doubled to deep right-center to score Puig. Carl Crawford came up for the second time and hit a sacrifice fly. Juan Uribe would finish the scoring with a booming double to straightaway center to make it eight runs in the inning and a 11-3 lead.

The Rockies made some poor base running decisions including running on a contact play with one out and then a failed squeeze play that gifted the Dodgers an out.

Adrian Gonzalez's three RBI put him into first place in the NL with 106 RBI.

Juan Uribe became the sixth Dodger with 20 or more doubles.

The Dodgers added to their 18-1 record when they score 11 or more runs at Coors Field.

The Dodgers will send Dan Haren out in game two of this three-game set and he will face the pride of Mission Viejo, left-hander Tyler Matzek.